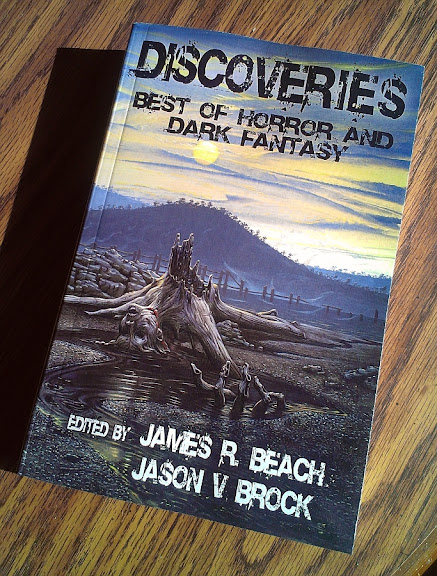 Received today: my contributor copy of the paperback edition of Discoveries: Best of Horror and Dark Fantasy from Dark Regions Press. This one features my pleasantly deviant little horror tale "Megan," which originally appeared in the mini-anthology Darker Discoveries in 2008. The new anthology, edited by James R. Beach and Jason V Brock, features stories from various Dark Discoveries Press projects, including the magazine, the newsletter, and the anthologies NW Horrors and Darker Discoveries.