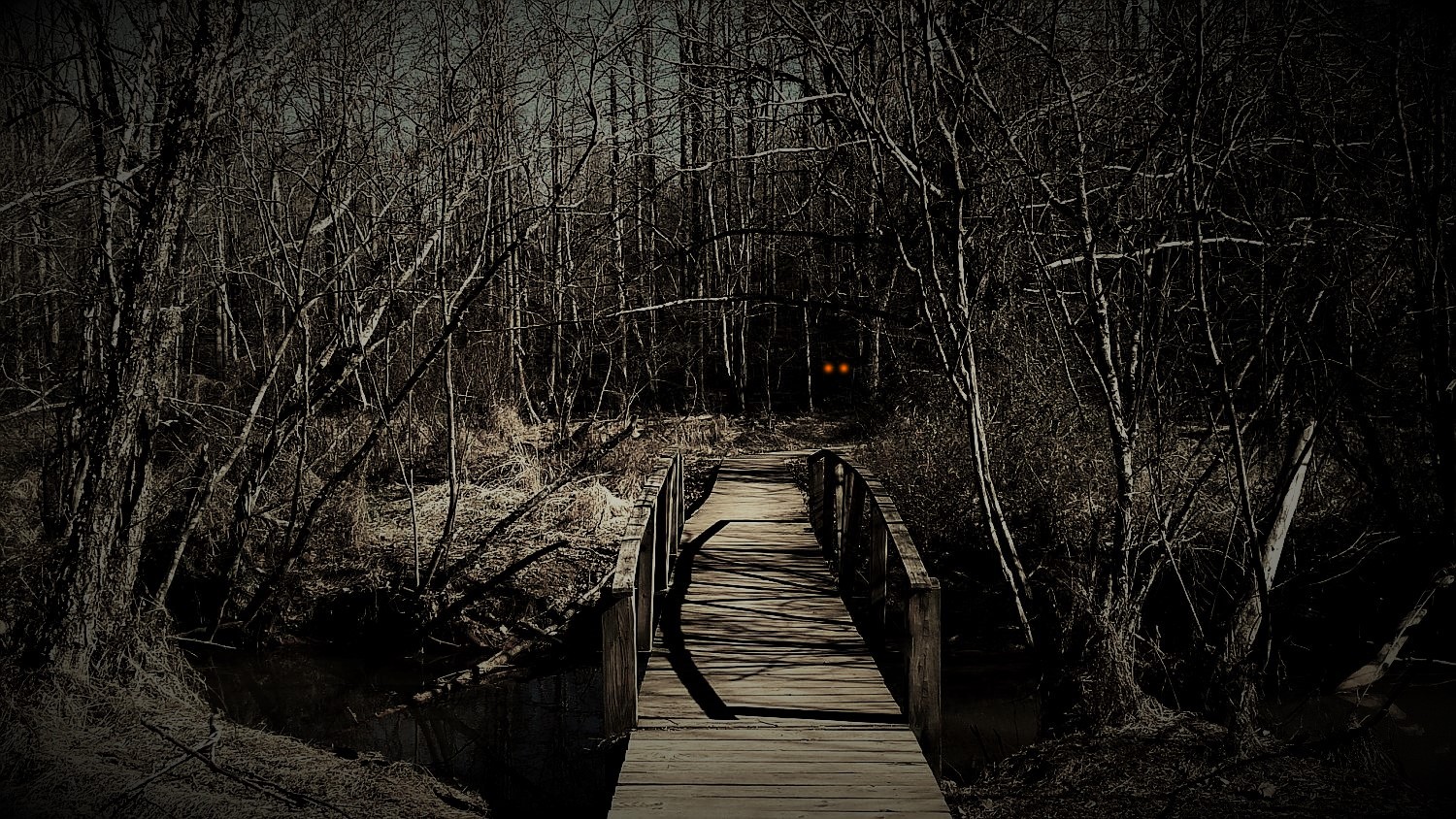 Gray clouds cry in the thundering sky,
Yellow fire darts between billowed masses.
The voice of the wind is howling in my ears,
And the trees quake as the thunder crashes.

Inside the fire roars, and there’s someone at the door
Coming in from the gloomy, pine-black forest.
Cloak drawn around him, and his boots are caked with mud.
He sits down for an ale and me another.

He tells a tale as he downs another ale.
There’s a fear down deep behind his eyes.
Out in the storm something fearsome is born,
Something evil that now comes with the night.

And with his words,
A sound is heard from outside.
Fear clouds his eyes,
And he dies
In his chair.

Out in the rain looking through the window pane,
Two eyes glowing in a fiery brimstone red.
With a thunder I can hear, my heart pounds with fear
As a shadow fades into the forest.
Carrying my gun, I break into a run
Through the trees that were once so familiar.

But as I run through the rain and the mud,
There’s a sound that echoes from behind.
Back at my house, all the lights go out,
And I’m standing on the edge of a nightmare.

Sound drawing near,
I can hear
But I can’t hide.
Lost in this dream,
I hear a scream.
It is I.

Gray clouds cry in the thundering sky,
And the air is lit by streaking forks of light.
Out in the storm, something fearsome is born,
Something evil that now comes with the night.

This spooky song and plenty more may be heard when I play at The Writers' Round Featuring Tokyo Rosenthal and Mark Rainey at The Daily Grind in Martinsville, VA, on September 22, 8:00 PM to 10:00 PM.
Posted by Stephen Mark Rainey at 5:11 PM