Last night... such a fateful night... a half dozen or so dangerous men with musical instruments gathered at The Daily Grind in Martinsville for the fourth Songwriters Showcase and unleashed a racket fit to wake the dead — and now you oughta see the all those walking dead shambling past my window. It is to be afeared.

The Songwriters Showcases present local artists playing all original songs, and the first three filled up the house. Last night, we started out with a somewhat smaller group, both musicians and attendees, but over the course of the evening, more and more people filed in, and at the end of it all, the place was nearly packed. Each musician brought a unique sound to the place, from refined, jazzy instrumental (Darryl) to raucous improv (Angus and Daily Grind owner Daniel). I played a couple of sets, five songs in all, and no one threw any shit at me, which was a refreshing change of pace. Okay, well, no one's actually thrown any shit at me, but I bet they wanted to. Unfortunately, none of the ladies who have made some exceptional contributions to the gatherings came round last night, which was disappointing. In particular, I was hoping Morgan would be there to play some of her signature, Celtic-inspired ballads, mais alas....

Come Friday, September 22, I'll be part of a two-man show — The Writers Round, Featuring Tokyo Rosenthal and Mark Rainey — in which each of us takes several turns playing individual sets over the course of the evening. I can always use as many hecklers as possible, so I hope some of you folks can make the show. That's going to be a busy weekend too, as on Saturday, September 23, The Smith Brothers will be presenting a five-year anniversary screening of Young Blood: Evil Intentions at the Hollywood Cinema in Martinsville, and I'll be on hand to autograph copies of the novel. More on that event a bit later.

Finally, to leave you with a sample of what was and what will be... last night's performance of "Fire in the City".... 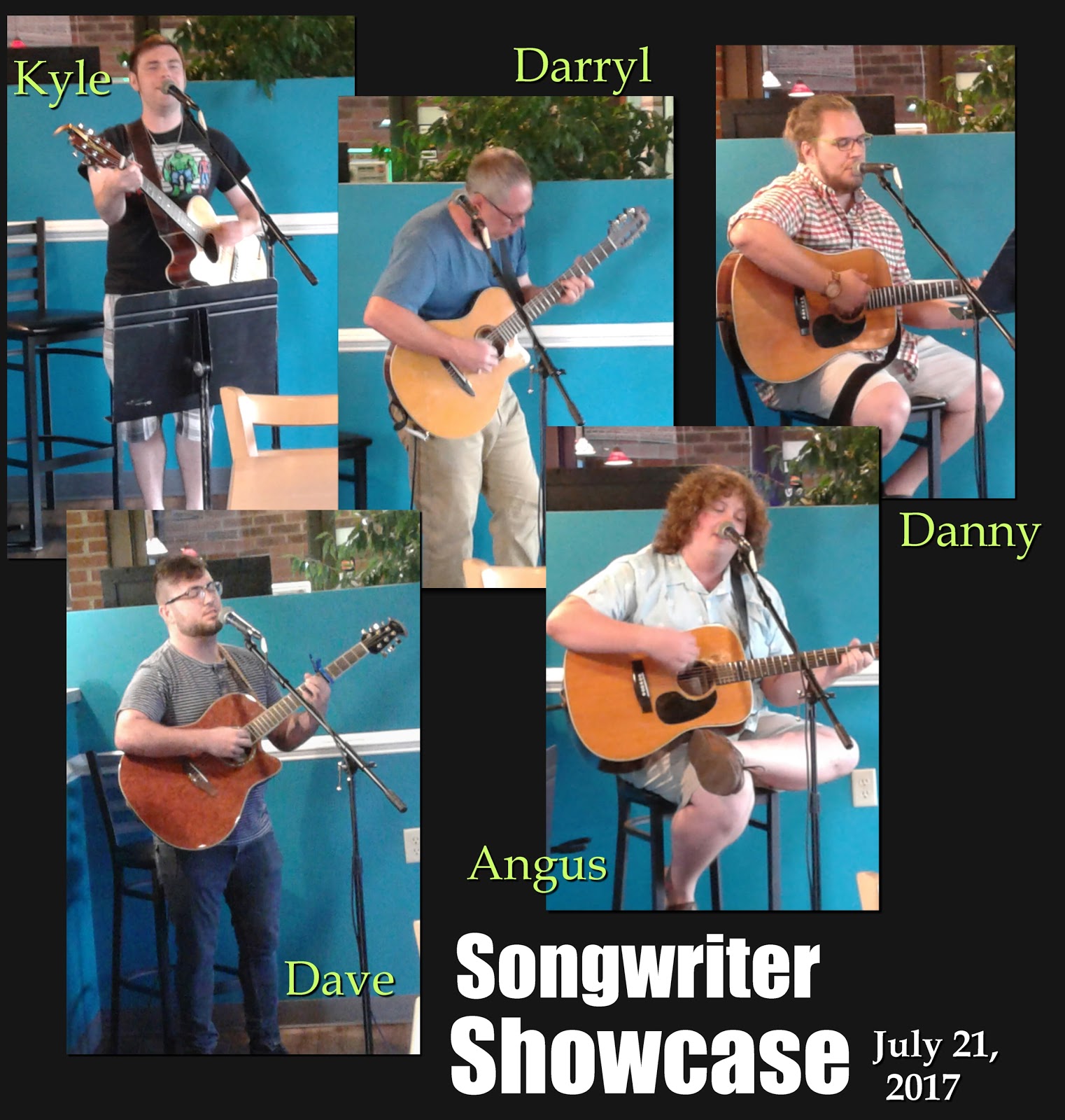