Songwriter Showcases in the Works 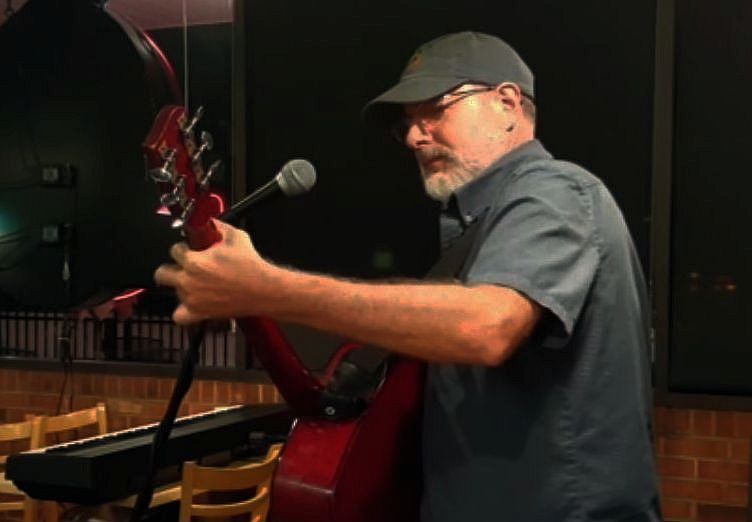 Lately, I've been about as busy playing music — or something akin to it — as writing fiction. Of course, the composing of prose is my secondary profession, while banging on the guitar and hollering to scare the wits out of innocent passersby falls more in the "hobby" department. Still, now and again I do a public performance here or there, and I've become a regular at the The Daily Grind's quarterly Songwriters' Showcase in Martinsville, VA. There's one coming up on Friday, July 21, 6:30–10:00 PM. Per the usual, I'll be one of several singer/songwriters playing a set of original tunes, mine based primarily on the darker sides of life (and death), which I suppose surprises the hell out of my faithful followers.

In September, however, I'll be sharing the stage with only one other artist—Tokyo Rosenthal—and we'll each play at least four individual sets of original music. I've been dusting off my old song sheets from way the hell back and trying to get my fingers and voice back into respectable shape (if such is even possible). Back in the late 1970s and early 1980s, I wrote maybe 75 songs, but, unfortunately, only a handful of recordings and/or lyric sheets have survived the years. Quite a few of those songs are no doubt lost forever in my memory, and in some cases, that's probably for the best. However, I've managed to drag a number of them kicking and screaming back to the light of day, and my burning fingers and scratchy voice are testimony to some serious practicing these past few days. I've got a lot of brushing up to do, I can tell you.

I'd like to invite any of you who are brave enough to either or both shows. The "big" one — The Writers Round Featuring Tokyo Rosenthal and Mark Rainey — will be September 22, 8:00 PM–10:00 PM. You've plenty of time to prepare yourself, so mark your calendars and gird your loins. I'd love to see you folks. But only heckle me if you really mean it.