Another Day in Tarheel Territory 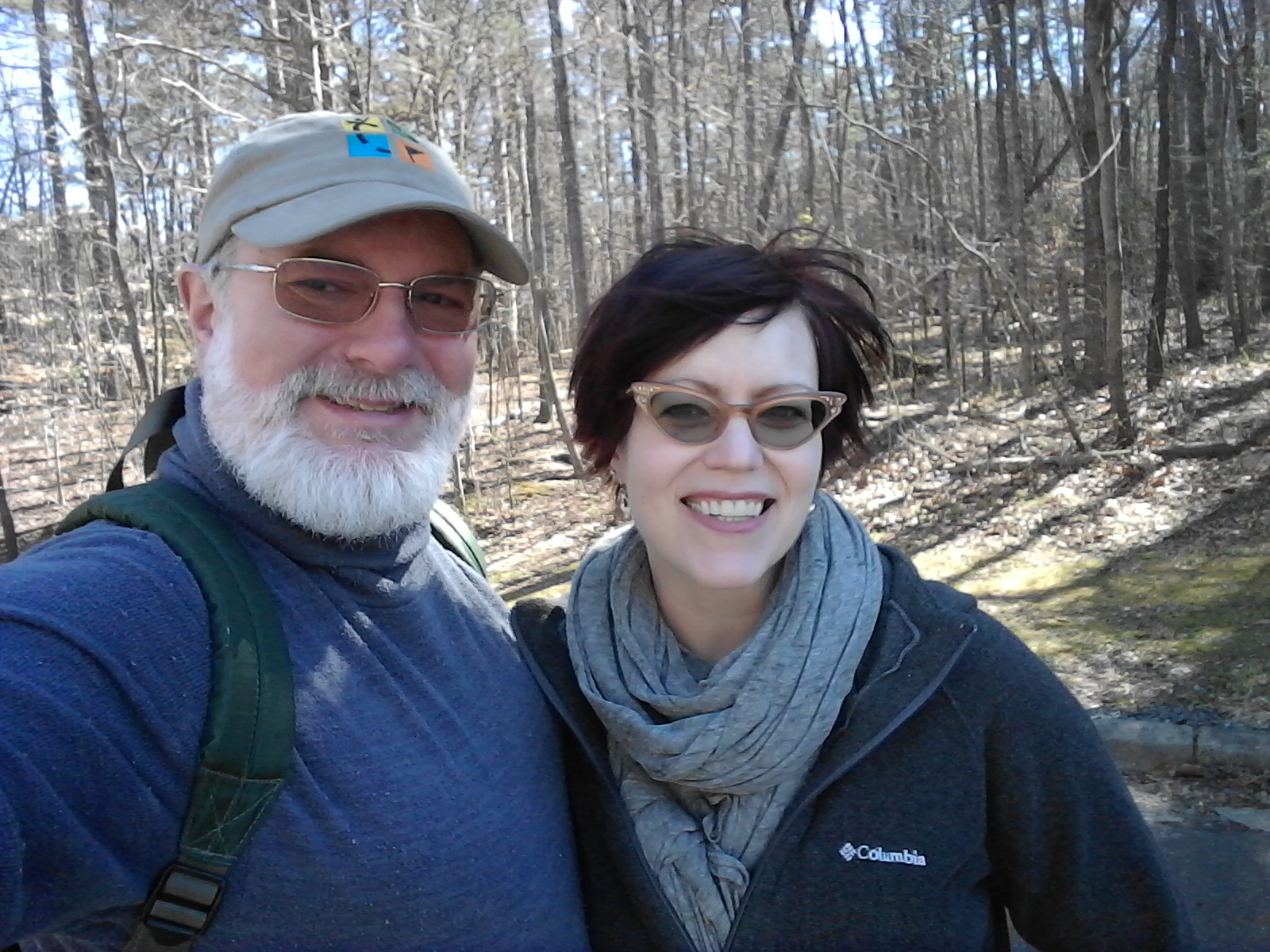 For Ms. B. and me, Chapel Hill has always been a favorite destination for day trips, what with its appealing assortment of geocaches, trails, wine bars, restaurants, and... Trader Joe's. Oh yeah, we love us some Trader Joe's. For years, we had been making the pilgrimage every two or three months, but lately, our trips have been much fewer and farther between. Given this, Kimberly and I both were suffering the withdrawal, so yesterday, we headed east to spend the day there—by way of Saxapahaw and the Saxapahaw General Store, which is one of our favorite lunch destinations anywhere. For Ms. B., a big old turkey club, and for me, a perfectly cooked burger topped with slivers of duck, which was so good I about went quackers. Fortuitously, there was also a cache to be found nearby ("Superhero Cache" GC6ZP7C).

The day was a bit blustery but otherwise beautiful, and it proved perfect for hiking and geocaching, which even Ms. B. managed to enjoy. Our favorite cache was one placed at the site of the John Castleberry Mill, in the Carolina North Forest along Bolin Creek. Very little remains of the mill but the crumbling foundation, though just a few years back, more of the stone walls were still standing. The story goes that the mill belonged to John “Buck” Taylor, a noted slave owner and drunk who lived just west of Chapel Hill in the latter 18th century. (Click here for more information about the mill and its history.) At this cache, we ran into another cacher, Mr. Wandering Wolverine, whose moniker I've seen all over the place, but whom I'd never met face to face. I do enjoy running into others of this peculiar avocation out on the trail.

One of our longstanding Chapel Hill traditions has been to visit A Southern Season and its restaurant, The Weathervane, for drinks and occasionally some food. Now, in 2016, A Southern Season declared bankruptcy and was purchase by new owners (Calvert Retail); while the store still offers a sizable, eclectic inventory of home goods, food, and drink, its selection and quality don't quite live up to their former standards. The hot sauce aisle, which used to be among the most impressive I've seen, rates about half its former glory. At the restaurant, the wine list has been significantly pared down from days past, and the quality of the wines we tried (a Bordeaux blend for me and a Grenache-Syrah blend for Ms. B.) were nothing to brag about. I'm sure we'll revisit The Weathervane on future visits, but somehow I doubt that it'll turn out be quite the experience we used to look forward to.

Still, in all, we had a massively nice day of it. After A Southern Season and some shopping at Trader Joe's, we hit the nature trail behind the Chapel Hill Public Library on Estes St. for a bit more caching (and a run-in with a strange little metal dude). From there, we hunted down and killed a delicious dinner at Thai Palace, whose doorstep we have darkened with some frequency in the past (and no doubt will again). Then, on our way back to Greensboro, we made a final stop in Burlington to sample some far superior wine at Cork & Cow wine bar.

Upon arriving back at Kimberly's place, we put on some Game of Thrones, but by then, the old man was starting to show some wear and tear from the day's adventures, and we only made it through one episode. Today, I enjoyed some seriously good geocaching around Browns Summit and then at the Bigfoot Trail, where i once again encountered alpacas, and this time a nice little pig who, upon my arrival, came running to see if I had any goodies to offer. Alas, none for piggie, but I did manage to find a rather difficult new cache as well as suffer some time with Skyhawk63 (a.k.a. Tom), who appeared on the scene to hunt the cache as well. I plan to hit the trail with him and some friends tomorrow evening as they go to hunt my night cache, "The Witch's Woods" GC70RY0.

Who knows who, if anyone, will survive....