From Company Mill to Wet Willie 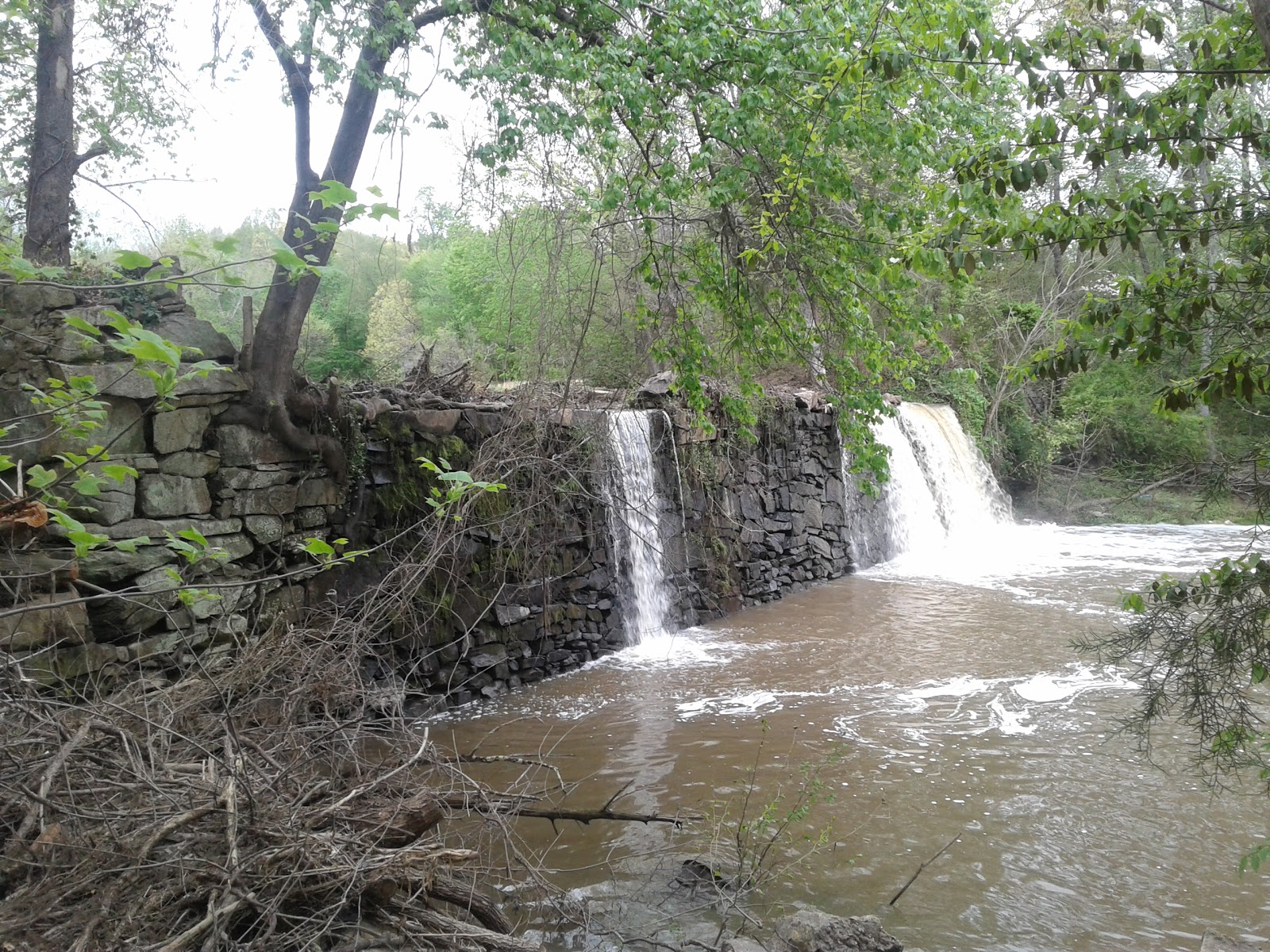 I'm steadily closing in on 10,000 geocache finds. Claimed six today, bringing my total count to 9,976. Ms. Brugger and I are making plans for a fun weekend together on May 12–13, at which time I plan on making the big 10K find. Got the trip plotted, and we almost have a backup plan, just in case....

The mysterious madman known as Government Mule has put out several more caches near Hagan Stone Park in southeast Guilford County, this time at the relatively new Company Mill Preserve, which adjoins the Hagan Stone property. Company Mill comprises 240 acres — mostly wetlands — and includes two lengthy nature trails. A couple of weeks back, I had challenged (and occasionally tortured) myself chasing down some of Government Mule's other caches (see "From Hagan Stone to Transylvania"), and today I discovered just how much wet there is in the wetlands. Short answer: a lot.

A few the new hides are along a power line easement through the preserve, and on either side of the easement, there are creeks, swamps, marshes, bogs, and geocaches. One of them is aptly named "Wet Willie" (GC7NK3J). To wit:
Today, I went more or less prepared for a good soaking, since we've had significant rainfall over the past week, but I managed to confine the muck to mostly my boots and pants legs. I did snag first-to-finds on three of the six caches out there, which is nice and everything, but the highlight of the journey was finding a rather ancient dam and some attendant ruins, which for me is one of the best aspects of geocaching. I love some good ruins, and the Company Mill Preserve is rich with them. I also had the pleasure of running into geocaching buddy Night-hawk (a.k.a. Tom) while on the hunt, and on my egress, I encountered ^c3^ (a.k.a. Chuck) and Ranger Fox (a.k.a. Christopher). Apparently, several folks were all about a good soaking today.

There was a fun physical challenge too, one that could have ended up soaking me real good (or worse), but I somehow managed to escape nature's wrath this go-round. The trail on the southern side of Big Alamance Creek involves a couple of water crossings; nothing major when the weather is dry, but as it is not currently dry, it was a bit more difficult today. I did find a handy-dandy makeshift bridge — a cut log balanced on top of a larger cut log — which was a bit precarious, but it supported me well enough on my outbound trip. Coming back, however, just as I hopped off the log into the muckity-muck, I heard a sharp crack, and when I looked back, I saw yon log had split itself into two irreparable halves. What impeccable timing, for if it had broken while I was still on it, I might have been catapulted into the next county (Randolph, about ten miles south of there). Now, the broken bridge may impede the progress of future geocaching parties, one of which I know will be attempting these caches come Saturday, so I may get called ugly names; who knows. But it was not my fault. The log just broke, is all.
Well, I've had my shower, so I am once again clean and reasonably human. Now, I don't know how many folks pop in here to read about these exploits, but if you've popped in, I hope you enjoy the tales. I write these primarily for my own edification — it's fun to be able to look back at some of these outings and find more detail than my old memory might allow. Try not to chuck things at me, it's all in good fun.