From Hagan Stone to Transylvania 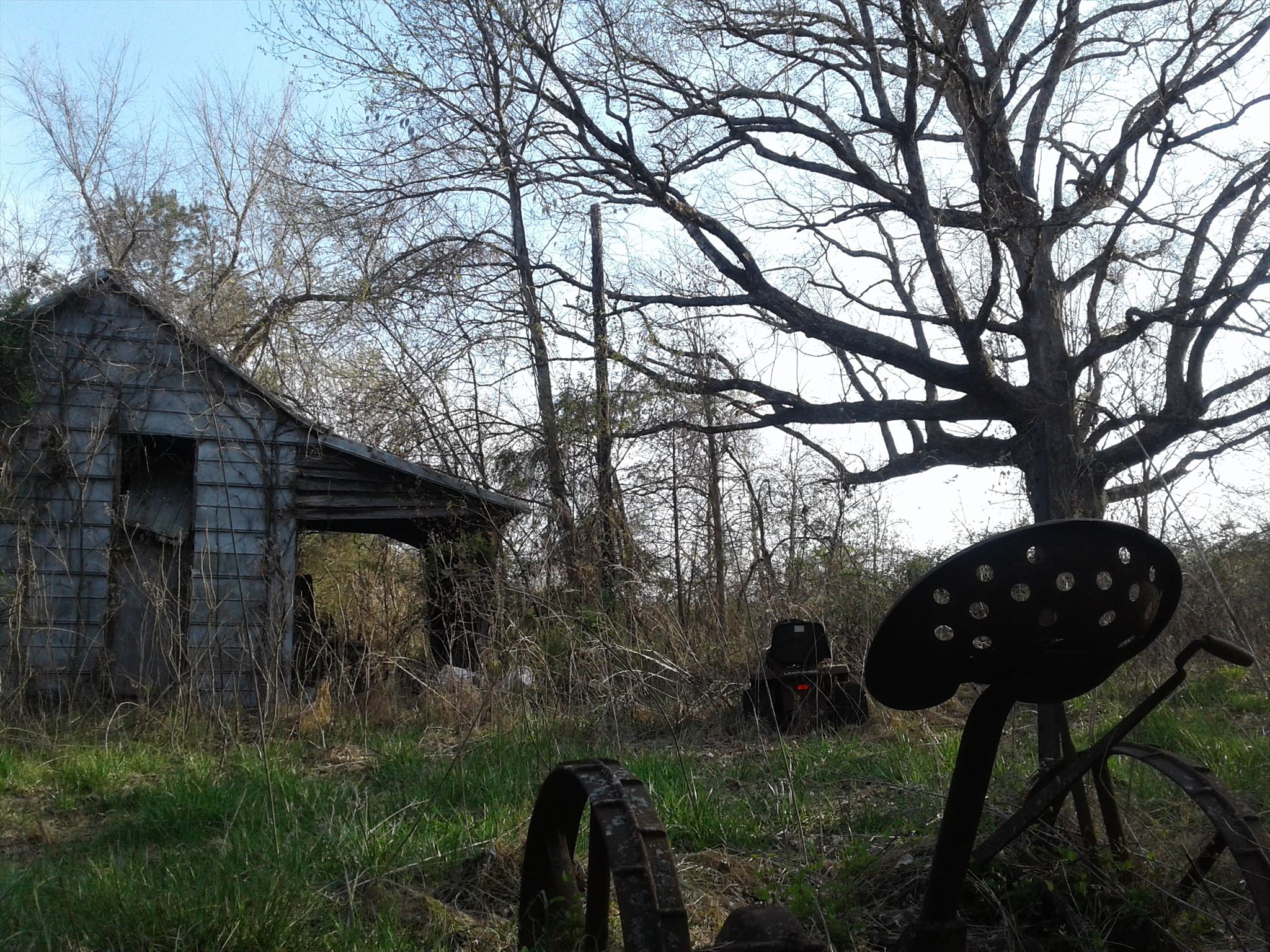 I'm getting closer and closer to my 10,000th Geocache find—my current count stands at 9,933, and I have made plans to go after #10K on May 12, since Brugger and I had already reserved that weekend for something a bit out of the ordinary. So, between now and then, I have to claim 67 more caches, which, all things considered, should not prove too difficult. It's just that working toward a specific number, never knowing what new caches might pop up in the interim, can end up a little dicey, as I discovered with several previous milestone finds.

This has been an interesting week for Geocaching indeed. During the past month, a number of caches along a new nature trail at Hagan Stone Park, in SE Guilford County, have been published, so I've made several trips down that way to hunt them. On my initial searches, I found all but one of them—a devilish beast called “Back From Transilvania” [sic], (GC7MX1F)—which had also stymied several cache hunters before me. On my first search for this elusive little devil, I discovered the skeletal remains of an old homestead very near the posted coordinates, and since I couldn't find the cache, I spent a considerable amount of time exploring the old ruins. I had notified the cache owner that I suspected his listed coordinates were not correct, and in a message back to me, he indicated the hide was at or near an old farmhouse. Well... in light of what I had discovered, I set about a methodical search of the various structures. Given the sheer number of potential hiding places, I knew this would be a daunting task, but I felt I at least had a sporting chance. Out here, I found myself totally isolated, the atmosphere agreeably eerie. A few turkey buzzards scrabbling around the old metal roofs made for a startling moment. 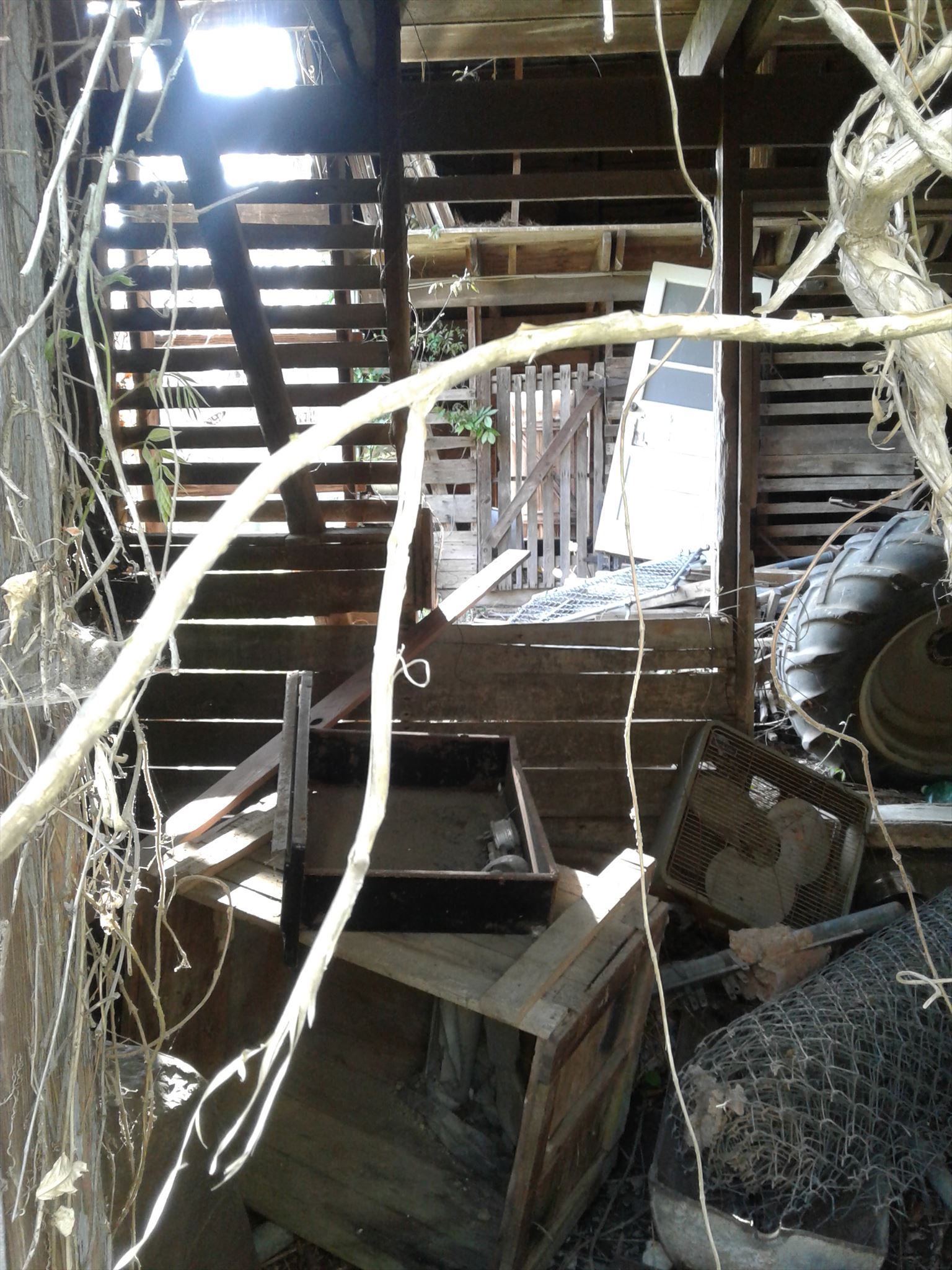 Alas, this first expedition, while enjoyable, failed to turn up the cache.

Yesterday, following a gratifying first-to-find at another new hide in the vicinity (“& Bullwinkle” [GC7MRFY]), I decided to return to the old homestead and try again. I spent a couple of hours on the hunt, focusing on certain areas around the old buildings, but I again failed to find my quarry. As I made my egress from the site, the cache owner sent me a slightly more precise hint, and I was tempted to turn around and try again, but Ms. B. and I had a dinner engagement at her house with friends—Geocaching friends, in fact: Skyhawk63 (a.k.a. Tom) and Punkins19 (a.k.a. Linda)—so I had to reluctantly admit defeat a second time.

Our dinner (my homemade vegetable beef soup, made only slightly nuclear for our guests' sake,) proved delicious, the company fantastic, and since I had resolved to hit Hagan Stone at the crack of dawn—to hopefully beat the forecast bad weather—I spent the night at Ms. B.'s place. And indeed, not long after sunrise, I was on my way back to the trail to put whatever new knowledge I had to good use.

Well. Almost two hours later, I still had turned up a whole lot of nothing. I sent some more photos of my search area to the cache owner, who at last realized I was actually at the wrong location. The cache was not hidden among these structures, but at another old place I had yet to discover.

Off I went, for finding this cache had by now become an obsession. Sure enough, after another half mile or so on the trail, I found another old building—this one very much in keeping with the CO's description.

My first discovery here: a very nice six-foot black rat snake, who was kind enough to pose for a photo session (and a very photogenic fellow he was). Happily, thankfully, mercifully, at long last, here I found the cache, and a nicely done cache it turned out to be. Snake took his leave, I dirtied up the log with my signature (in the coveted FTF slot), and after doing a little victory dance*, I marched myself the mile and half back to the Damned Rodan Mobile, headed home, and took a much-needed shower, for which the cats thanked me profusely.

I did take new coordinates at GZ and forwarded them to the CO. Apparently, he had made a typo on one of the bigger numbers of the longitude, and that had indeed mucked up the works. However, if I'd not devoted myself to going after this one prior to his checking on the coordinates, I would have deprived myself of an exhilarating, creepy, three-day Geocaching adventure. And I am, I can tell you, all about the adventure.
If all goes according to plan, my target cache for #10K is “The McAfee Knob Challenge” (GC2JJJD) near Salem Virginia—close to where I spent much time camping (along Craig Creek) back in the 80s and 90s. I do look forward to it.

*I did no such thing.