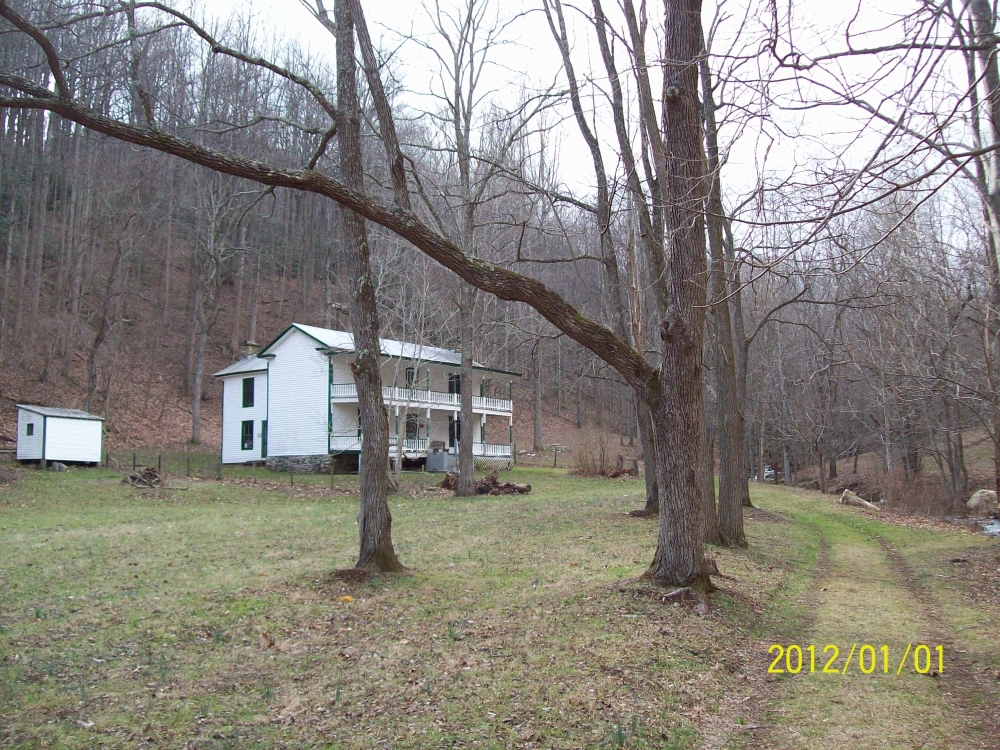 Discovering intriguing, scenic locations has always been a joy for me—which is one of the main reasons I am addicted to Geocaching—and in my fiction, setting virtually always plays a significant part in the story. One of my relatively recent tales of terror, “Willow Bend” (slated to appear in in the Ulthar Press anthology Voices in the Darkness later this year), came about after Ms. B. and I, on a geocaching venture at Rock Castle Gorge in Patrick County, VA, discovered The Austin Homestead, a tract of privately owned land in the middle of the state-owned Rocky Knob Recreational Area (see “Stonewalled,” “The Haunting of Stonewall, Episode 4”). My first impression of the place was that it was the Vermont setting for H. P. Lovecraft's “Whisperer in Darkness” transplanted in Virginia. A few additional hikes in the area convinced me that I needed to use a fictionalized version of the place in a story of my own. And thus, in 2016, “Willow Bend” came about. It's a ghost story set in a location based closely on the Austin Homestead and Rock Castle Gorge.

Particularly for less-experienced writers, the effective setting may often be overlooked or short-changed. Even in a story that is driven primarily by the characters or specific events, a work that fails to convey a sense of place often lacks one of the crucial elements of believability. In the proper hands, the setting can function as a character, evoking mood and emotion, or serving as a motivator for critical events.

Forgive me for picking on the late Rex Miller, but I'm going to pick on Rex Miller. His novel, Slob, which in many respects stood out as an effective, gripping tale, was ostensibly set in Chicago, yet there was not one scene I can recall that in any way evoked the sense of being in Chicago, where I lived for several years. Every aspect of the location felt nondescript, even lifeless, so much so that it damn near pulled me out of the book. Contrast this with author Wayne Allen Sallee's fiction, much of which is set in Chicago, his hometown. Holy crap, Wayne's stories—even those that don't need Chicago to function—function so much the better because every vivid detail of the setting brings all other aspects of the story into stark clarity. Had one never visited Chicago, sufficient exposure to Wayne's body of work might fool one into thinking one had lived there for a decade or two. And seen many things that sane individuals ought not see....

“Willow Bend” is one of my many tales in which the setting plays a distinctive, crucial role, and I hope I have succeeded in making it a place you might care to visit. And perhaps remain...indefinitely.