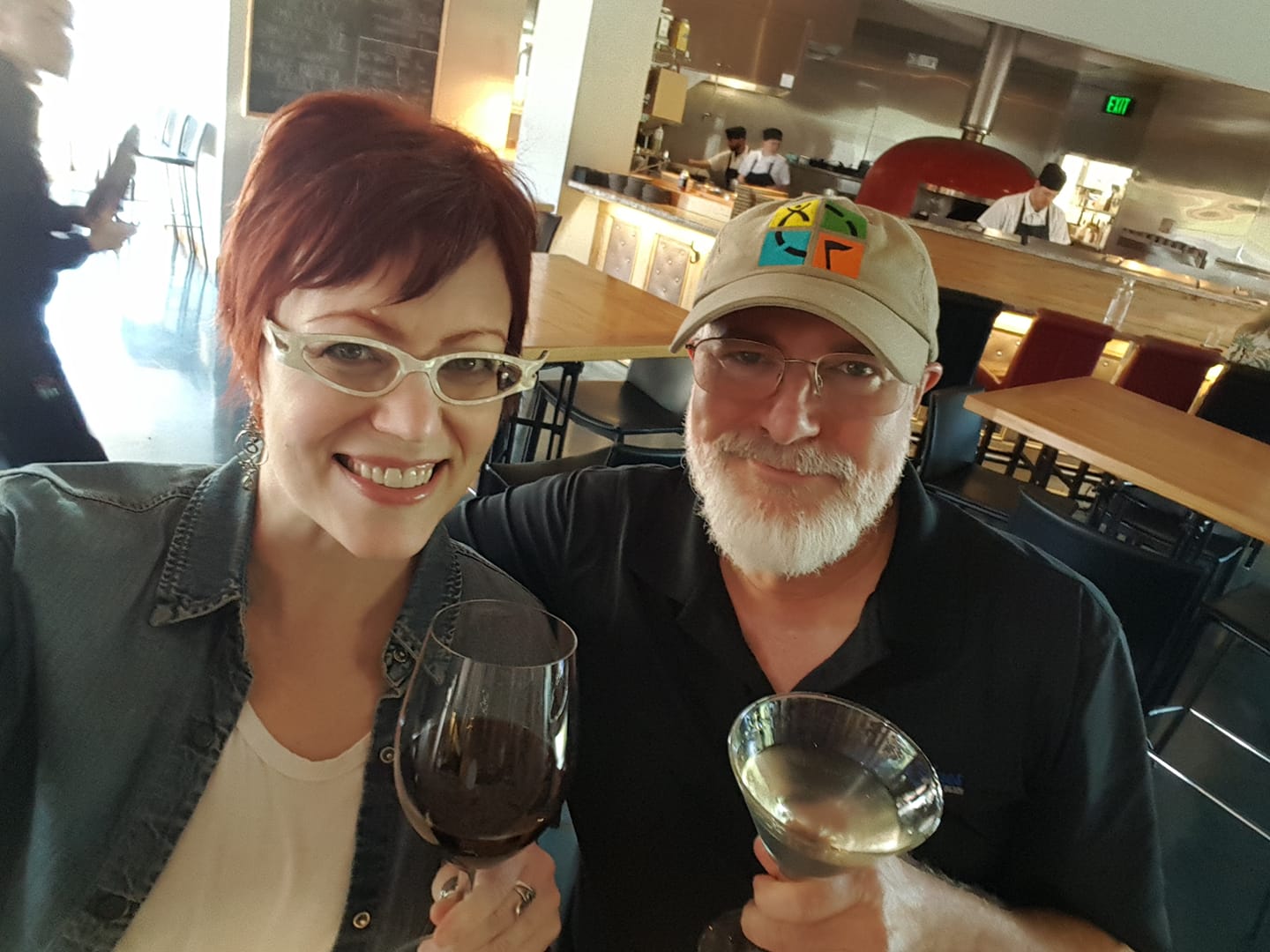 And... whoosh! There go the fifties. Age-wise, I mean. Overall, it was a fine enough decade for this old man, very possibly the most eventful of my adult life. Above and beyond all else, for most of these past ten years, Ms. B., the nice lady pictured above, has been my partner in crime, and all indications are that we're bound for that great big house in the sky, or wherever, still bound together, somewhere in that unforeseeable (and hopefully distant) future. Apart from my mom's ongoing health issues and a slight decrease in this old machine's agility, life has held itself together as well as could be expected, sometimes even better. Or not. Maybe. Sort of.

As for the birthday event itself—yesterday—it was fair enough. I didn't take the day off from work to go geocaching, as has generally been my custom since I began the activity (at age 49; who'd have thunk I might have been at it so long?). Since Ms. B. and I are saving up our vacation time for an extended holiday down the road, it didn't seem prudent to blow a day off that I might need later. However, after work on Wednesday, I met friends Robgso (a.k.a. Old Rob) and Skyhawk63 (a.k.a. Tom) and snagged a nice first-to-find on a new puzzle cache in north Greensboro. And for afters, Skyhawk and I met his wife, Punkins19 (a.k.a. Linda) at a brewery/beer joint called Gibbs Hundred, which I had never previously visited—or even heard of, for that matter. But as one who rarely drinks beer anymore, I enjoyed it immensely, particularly since friend Tom was kind enough to spring for mine as a birthday treat. Chalk up another one for getting old, I reckon.

Last night, Ms. B. took me out for drinks at Gia: Drink, Eat, Listen, one of our favorite dining/drinking establishments. For dinner, we hobbled next door to Imperial Koi for sushi, which I quite loved. Once back at her place, we watched The Silence, a new Netflix release based on a novel by Tim Lebbon. It was fair, at best. It lacked development and character motivation, which I more than half suspect the novel does not. At any rate, the evening offered some much-needed relaxation, which was most welcome as I've been dealing with an ongoing issue with my mom's daily care—which, to my dismay, is still not sorted out.

At least the celebrations for these little landmarks make for pleasant times and nice memories. There's certainly no excitement about yet another measurable tick on the lifeclock. I confess I'm a little sad to leave my 50th decade behind, as it provided most of the absolute best experiences of my adult life. Some of the worst, too, but at least those don't overshadow the good. Not by a long shot.

And off we go, to take another step in the walk of the unknown. Until next time, I'm your host, Damned Rodan, saying....
Posted by Stephen Mark Rainey at 12:28 PM