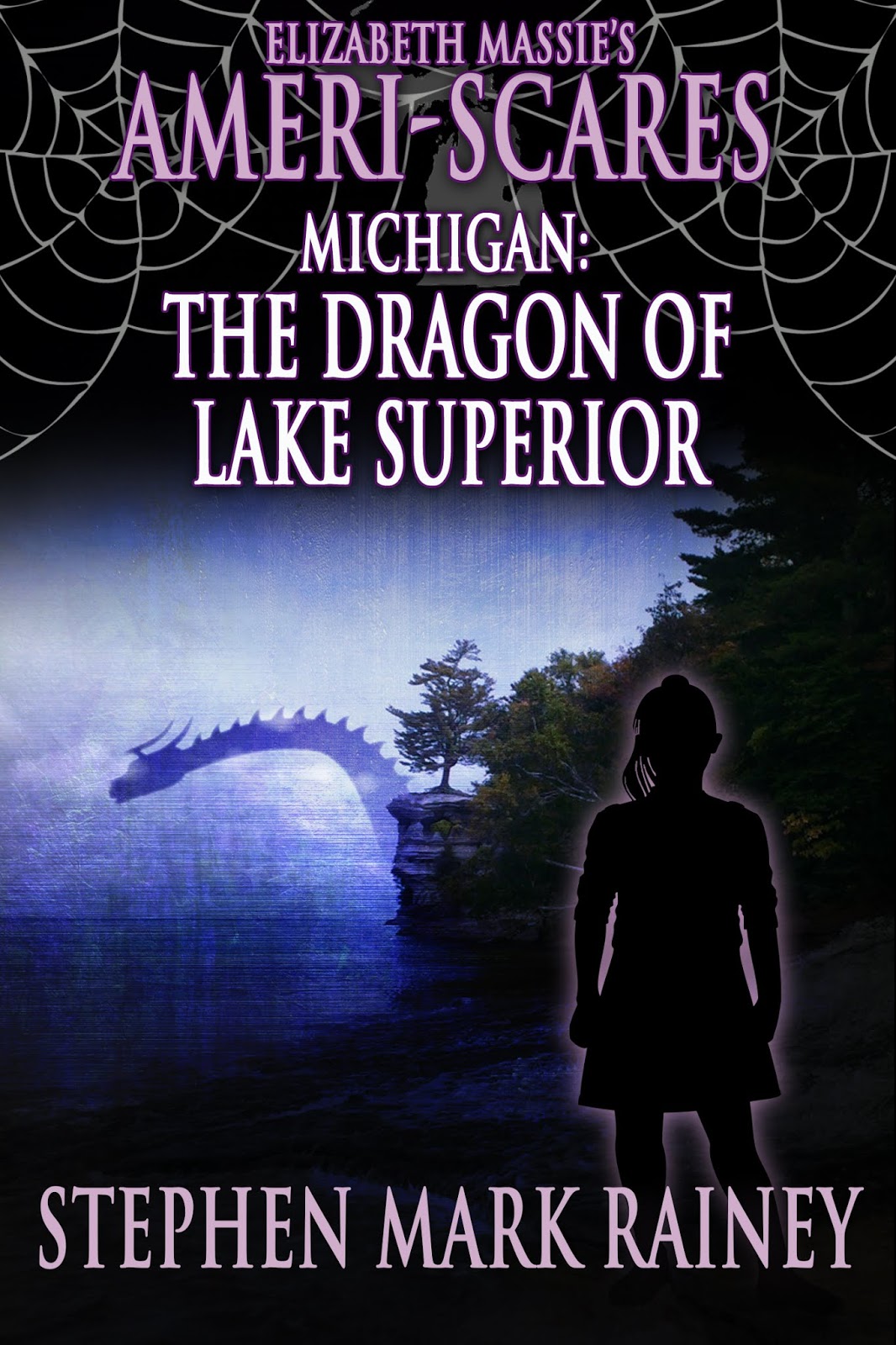 So here's the cover of Ameri-Scares Michigan: The Dragon of Lake Superior. There may be an adjustment or two to the colors, but this is pretty much what she's going to look like. Crossroad Press has not announced an official release date yet, but it won't be too long. I will, of course, post updates and any new information as it comes. In the meantime, here's a little something to whet your appetite.

On a hike along the shores of Lake Superior, thirteen-year-old Anna Hendrix sees a huge creature rise from the waters and—to her horror—sink a tour boat. Soon afterward, Jeff Griggs, also thirteen, encounters a similar but smaller creature in the woods around his parents' vacation house.

Unable to resist investigating, both Anna and Jeff venture into the nearby forests. They meet each other at a huge waterfall, where they discover a partially hidden cave. Inside it, to their surprise, they find a cave painting of a creature that resembles the ones they have seen. Suddenly, in a bizarre twist of time and space, the youngsters are transported to strange, unknown land, vastly different from the Michigan they know. Here, they meet a strange but friendly young man who calls himself Skyhawk. He claims to be a member of a civilization that can only be reached by way of the cave.

In this strange land, huge monsters roam freely. Skyhawk and his people worship the beasts as gods. But while the people of this land appear friendly, Anna and Jeff discover they hide a deadly secret. And the two youngsters realize they must somehow find their way back home before the passage between the two worlds closes forever.
Posted by Stephen Mark Rainey at 5:18 PM