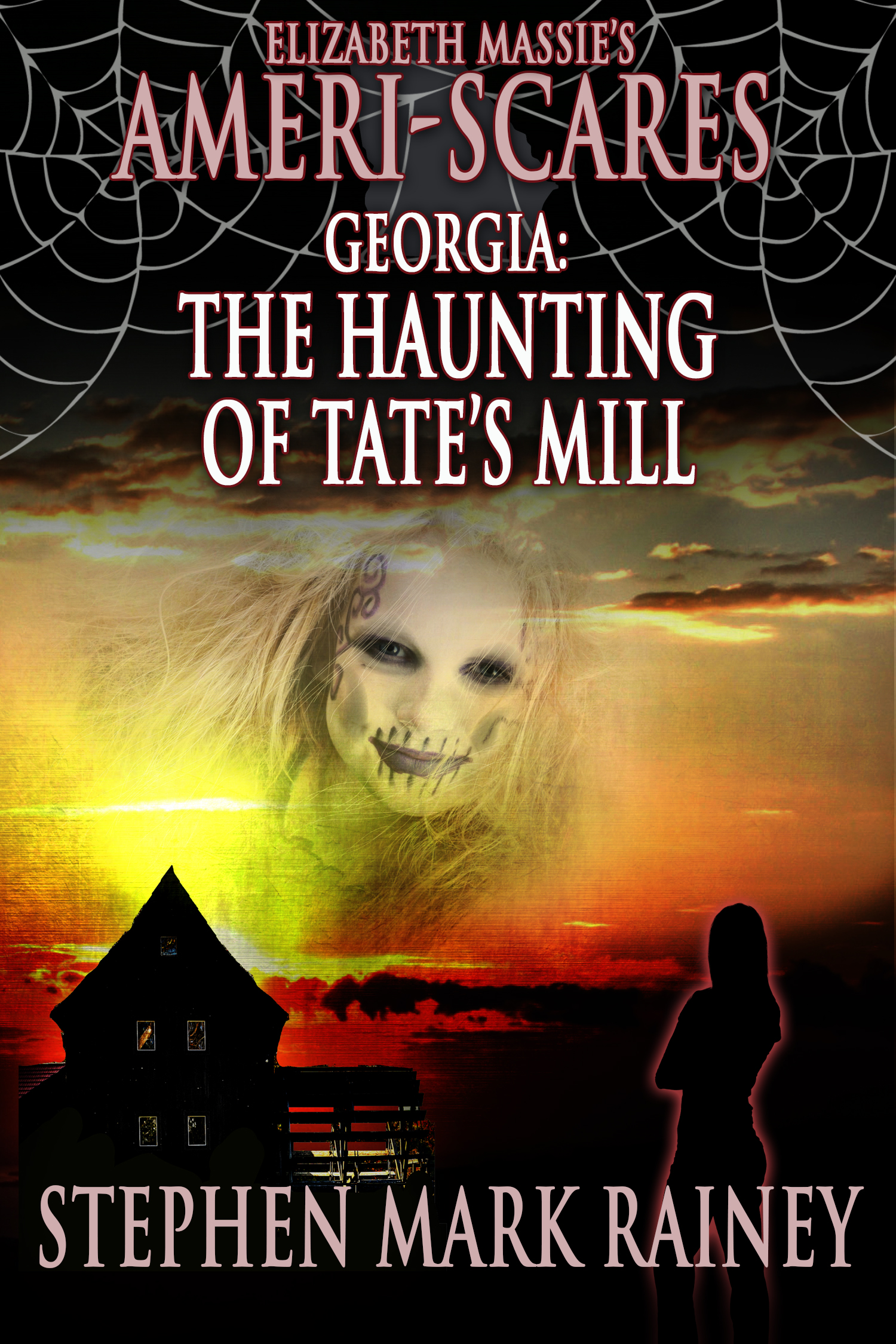 Coming soon from Crossroad Press... My next novel in Elizabeth Massie’s Ameri-Scares series — Georgia: The Haunting of Tate’s Mill.

In the 1950s, Lake Sidney Lanier was built in northern Georgia. Since then, hundreds of deaths on and around the lake have given rise to legends that spirits of the dead haunt the area. Teenager Aaron Tate, who lives near the lake with his parents, doesn’t believe in ghosts. But after he witnesses a jet ski accident on the water, he begins to experience many strange things. At night, weird lights float through the woods near the lake’s edge. An eerie voice in the darkness calls to him. He begins having nightmares that involve a strange woman from the past.

Aaron meets a girl named Suzette Sellers, who has moved into his neighborhood. They become friends and, together, resolve to learn the truth behind the frightening events. Aaron learns that his family home was built on the site of an old mill that belonged to his ancestors. Suzette’s house stands on land once owned by a woman named Lula Cheshire—a woman who was rumored to be a witch. And Aaron discovers that his great-great-grandfather, Charles Tate, might have had a strange and secret relationship with Lula Cheshire.

When events in Aaron’s life begin to mirror those of his great-great-grandfather, he wonders: do ghosts truly exist? What if Lula Cheshire really was a witch? And has the long-dead woman’s spirit returned from the grave to wreak vengeance for some crime his great-great-grandfather, Charles Tate, committed against her? He and Suzette must learn the truth—and send Lula Cheshire’s spirit back to the grave—before death comes to claim them both....

I’ll post updates about the release, ordering information, etc., as they happen. Each Ameri-Scares novel is based on or inspired by an historical event, folktale, legend, of myth unique to that particular state. You can see the currently available books in the series on Amazon.com here.

More about the book’s background here.

Posted by Stephen Mark Rainey at 12:07 AM