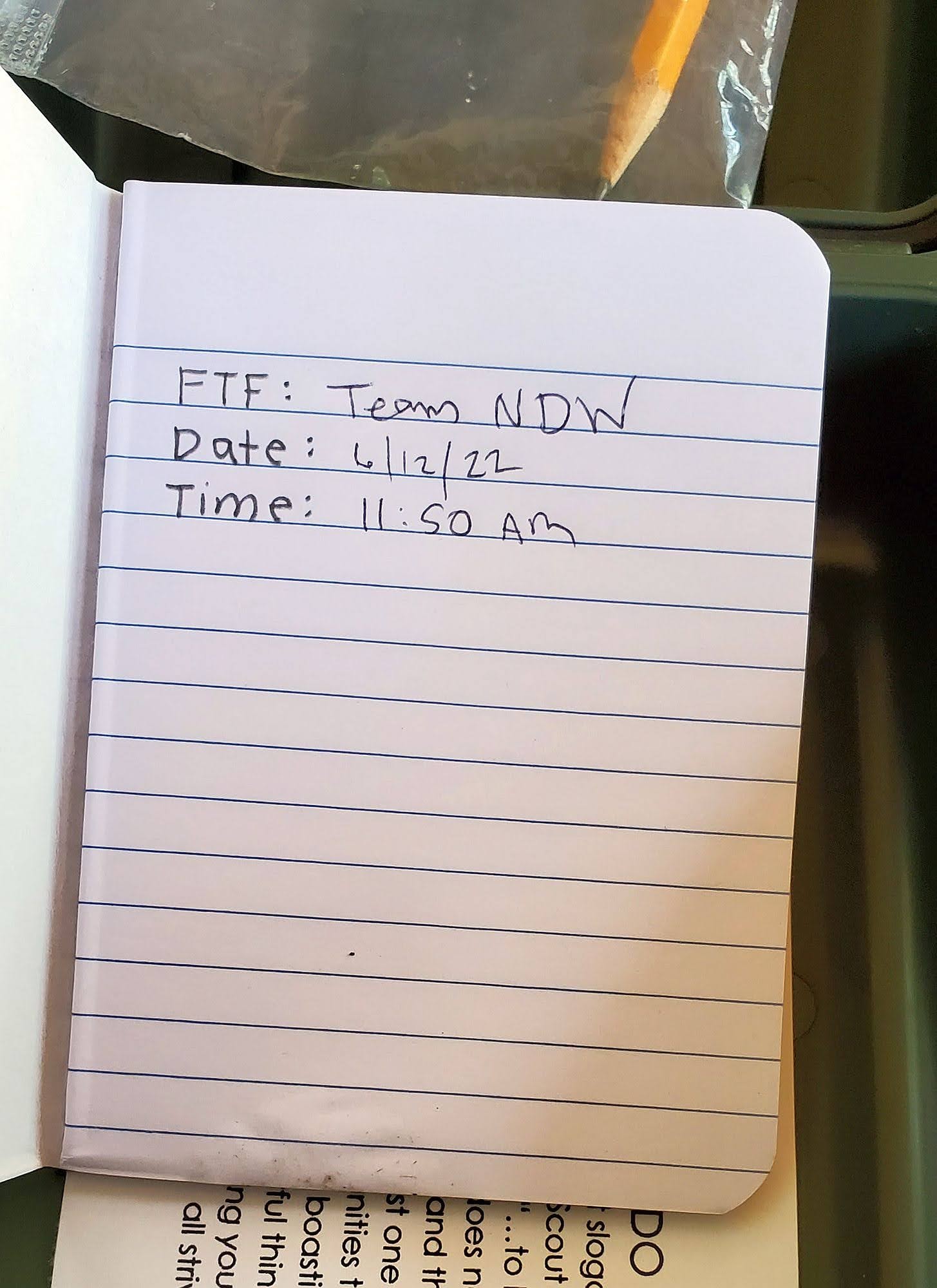 Today, our usual Sunday morning geocaching outing consisted solely of the Old Farts — Old Diefenbaker (a.k.a. Scott), Old Rob (a.k.a. Old Rob), and Old Rodan (a.k.a. me). Our initial plan was to see if we could snag a few in Mebane, about 25 miles down the road, and then a few in Hillsborough, another 15 miles or so farther on. However, just as our aging gang was hobbling out of the house, notifications popped up for a series of six new hides in Burlington, which is several miles closer than Mebane. So, we altered our course and diverted to Burlington Springwood Park, which is a fairly large — and this morning, a very busy — facility. By the time we arrived, around 10:00 a.m., there were already several softball games in progress on the ballfields, and a disc golf tournament was just getting going. Muggles coming, going, in, out, up, down, and all around....
Undaunted, we parked the Rodan Mobile and set out on foot after the caches — five traditionals and one mystery cache. Each traditional contained information necessary to unlock the final mystery cache. The heat was hot, we hiked about three miles, and we had trouble finding a couple of the caches, so by the time we found the entire bunch, the evil day star was on the verge of getting the better of us. In the plus column, we met a family of cachers, whose team name — Phersjm — we knew from their many geocaches in the area, but this was the first time our paths had ever crossed in the field. Actually, our paths crossed twice, which was nice.
Happily, the No-Dead-Weight Irregular Old Farts scored six of the almost-maybe-kinda-sorta coveted first-to-find honors. And we met a very friendly black rat snake, who slithered by to check us out for a bit. He let me get quite close to him to take a few pictures, which I appreciated.
After all this, we headed on over to Mebane, where we found four more caches and an excellent lunch at Catrina’s Mexican Restaurant, which has become one of our favorite lunch destinations when we're caching over that way. Great food, and an extensive selection of it. The Rodan Mobile arrived back at Casa di Rodan about 3 o'clock and disgorged a bunch of weary, sweaty, filthy-dirty old men. Well, I'm not saying dirty old men, except, well, maybe, there's Scott....
Bye for now.
Posted by Stephen Mark Rainey at 6:17 PM