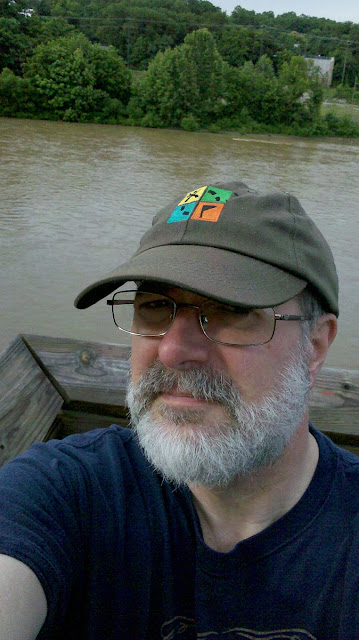 Kicked off the long Memorial Day weekend with a bunch of caching. Yeah, shock of shocks, right? Last night, I headed up to Danville; went after a few relatively new hides, including an excellent, four-stage multi called River Overlook (GC2NM75); and then stopped off for sushi at the Tokyo Grill, which I had tried once before and was suitably impressed (their spicy tuna roll is awesome). Then it was on to Mum's in Martinsville for the night, and this morning, I ventured out to Fairystone Park to hit the trails and find the last few caches out there that I hadn't already claimed. It was only about three miles total distance on the trails, but it's some serious terrain with major altitude changes—especially when one veers off the trail and goes bushwhacking. In the end, I was successful on the hunt, and claimed those last four caches I needed. Well, there are three more in that area, actually, but they're on islands, and one needs a boat—or to be a good swimmer—to get to them.

Last week, we had Employee Appreciation Day at the office, and I won a gift card to Fleming's Restaurant, so tonight, Ms. B. and I availed ourselves to some mighty fine dining. I gotta tell you, that carpaccio (raw dead cow) of theirs just can't be beat, and the white chocolate bread pudding for dessert was one of the best things I've ever tasted. Fleming's is one of those places I'd need to take out a second mortgage to go on my own dime; but the food is about the best in town, and the servers treat you like royalty. I tell you, I really could stand to frequent this place, but I'd have to write a best-seller every night.

A few new trail caches here in Greensboro were published over the weekend, so I've got some new ones to go after tomorrow. I'm already getting antsy to hit the woods. After tonight's dinner, I've got most of a cow to work off. 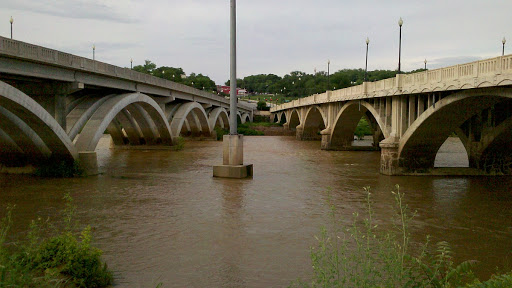 Twin bridges over the Dan River in Danville 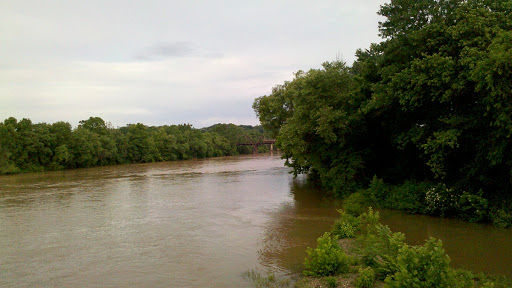 View of the Dan River from the River Walk trail 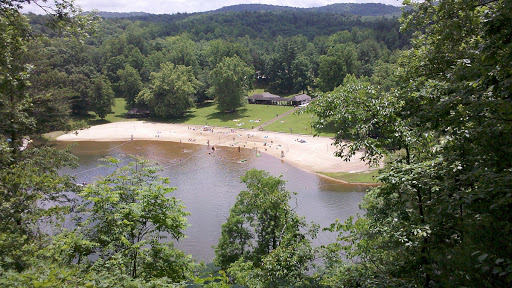 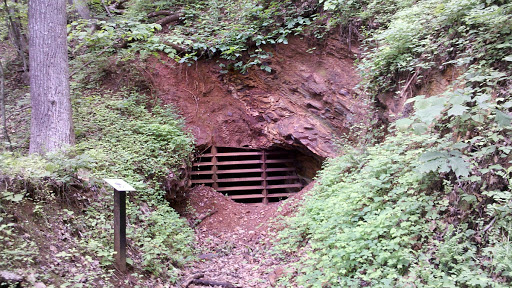 Entrance to one of the old iron mines off the Stuart's Knob trail
Posted by Stephen Mark Rainey at 9:51 PM