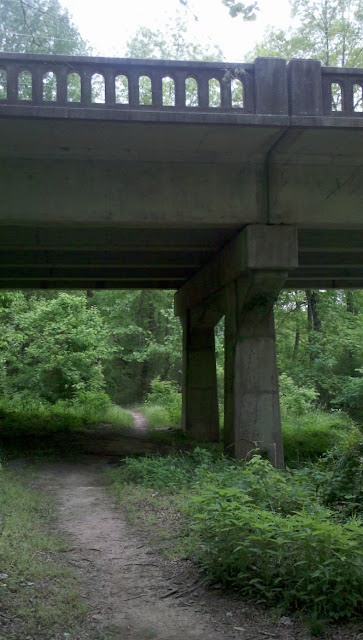 Okay, not so much a party as a hike. Well, a pair of hikes, actually. Just as much fun as a party—unless you count those parties where people throw money at you, but since that never happens to me, just never you mind. My birthday isn't till tomorrow, but since birthdays and Mondays are essentially incompatible, the weekend has been properly utilized for the celebratory functions. I must admit, for the most part, I'd just as soon forget about these silly landmarks, since, in the end, the only thing they mean is that the old man is another day closer to the crematorium. Then again, since I'm not there yet...what the hey...on with the celebration.

Headed out pretty early today to hunt a handful of geocaches on two different trails—Lake Kammack and Haw River, in Alamance County—as well as hide a new cache of my own in the bargain. Trails with caches I haven't yet found are few and far between in this area, so it's necessary to venture farther afield to get to them. The downside of this is that I have to save up for weeks to afford the gas anymore. The upside of it is that I always find some really beautiful places and add to my total cache finds. The Haw River, I swear, is one of the most appealing settings in the southeast. Every time I find a new place to hike along the Haw, I'm utterly taken with its primal beauty. Even when there are plenty of signs of human habitation along its banks, there's something about it that seems ancient and serene. To be sure, much of the south's history is exemplified in this locale—a few miles north of Burlington, NC—and in my old age, I find such areas fascinating. Not to mention that, corresponding to this sense of antiquity, there's a subtle, inherent eeriness that stimulates and appeals to my imagination as a writer of scary things. A couple of times out there today, alone, the rush of the river and the stillness that otherwise prevailed in the woods made me feel as if I were walking into the setting of a Lovecraft story. What a deep and frightful pleasure!

Last night, Ms. B. took me out for an evening of old-age revelry, which included going to the theater to watch Insidious—which I thought was a hoot; kind of the Fright Night of poltergeist films—then drinks at Vintage 301 and dinner at Zen Sushi on Elm Street in downtown Greensboro. The transformation of Elm Street in recent years from a dying commercial district to a small nighttime entertainment mecca is both surprising and appealing; in some respects, it reminds me of Rush Street in Chicago, back in the 80s. I dont' spend much time down there—being that I'm all old and everything—but it definitely has its allure. Particularly because...yes, you guessed it...there are caches.

Enjoy my birthday, if you please. (Click the pics to enlarge.) 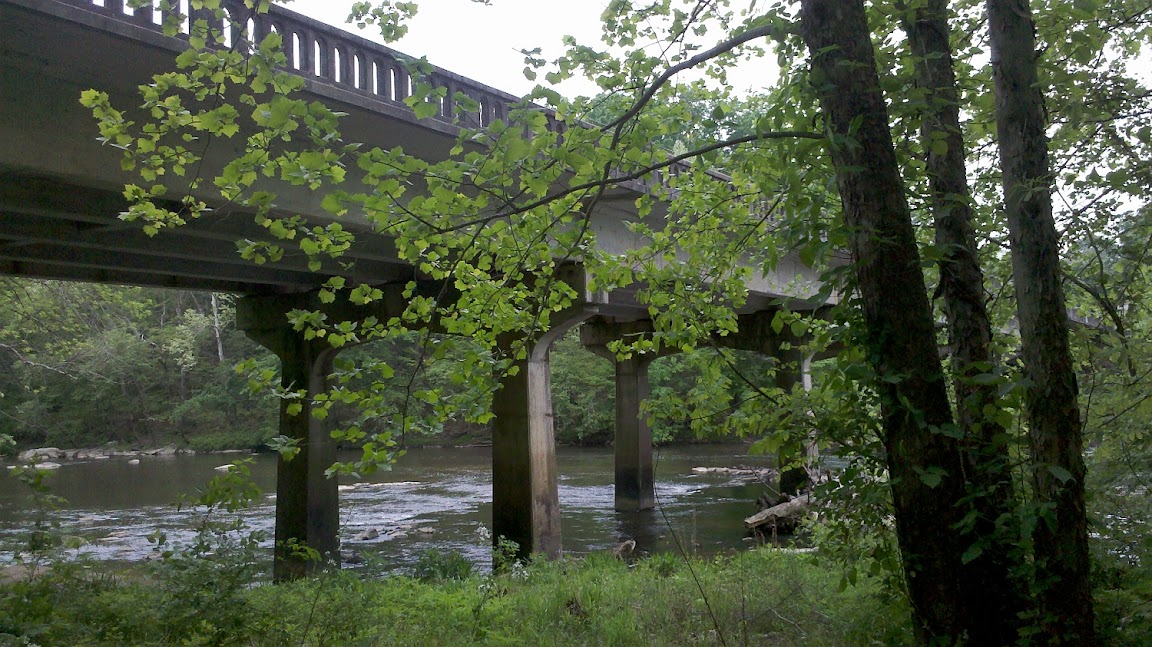 A bridge too far. Yep, caches nearby.... 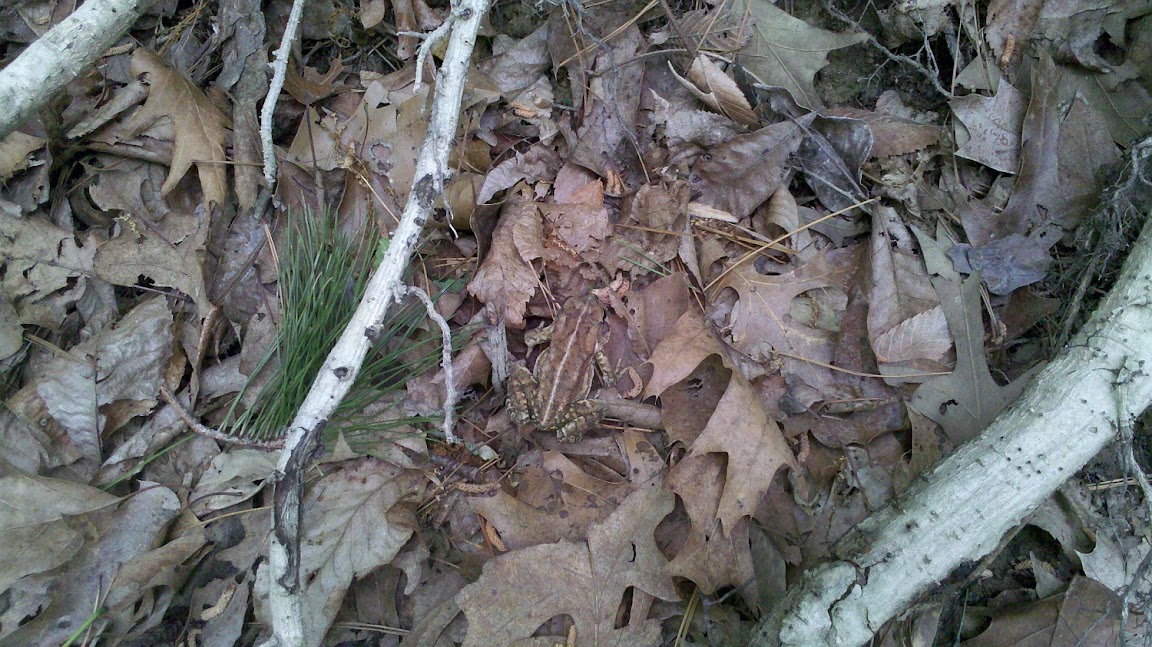 There were lots of these little doods hopping around. 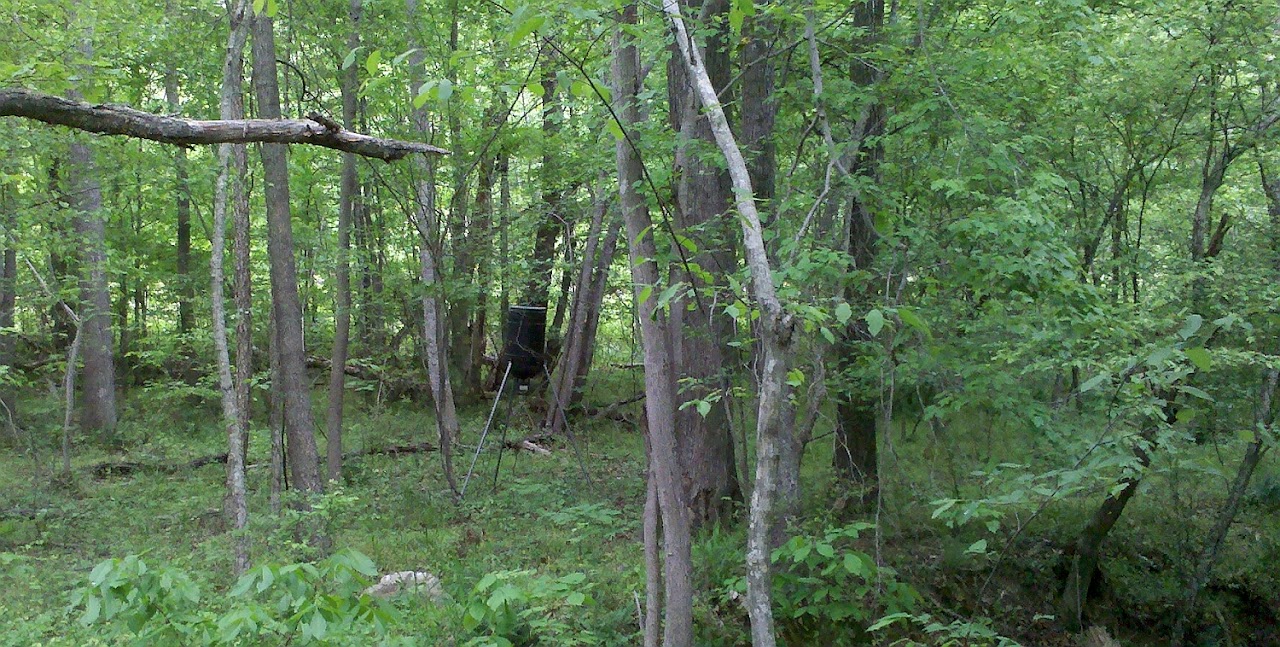 A feeder, of sorts — or some kind of alien construct, perhaps.
Posted by Stephen Mark Rainey at 6:37 PM