A fun evening in Burlington, finding a few caches and attending Geoputt (GC2QDVH)—yes indeed, a geocaching Putt-Putt event! In my younger days, I used to play real golf regularly, but I haven't even picked up a club in a couple of years, and it's been at least 25 years since I tried my hand at Putt-Putt. Apparently, it's kind of like riding a bicycle, only a lot different.

The afternoon had been fairly beautiful until I arrived at the event, and then the bottom fell out. Quite a storm! A bunch of us hung out under cover at the pro shop until the rain let up. Then it was out to the links with teammates Bridget "Suntigres" Langley, Christopher "Ranger Fox" Hall, and event organizer Mr. Robbin "RTMLee" Lee his own self. Fortunately for the rest of us, Mr. Rob entered the tee box first and made it his business to show us how it's done. Following his lead, I managed to sink a few holes-in-one (which actually became known as "Pulling a Rob," since he dropped a few spectacular putts) and even save a few utterly disastrous first shots. At the end of it all, our most benevolent hosts awarded me the orange jacket, and I have to tell you, I am humbled, honored, excited, and...kind of hungry, now that I think about it.

Unfortunately, www.geocaching.com, which has always been about most user-friendly site one could imagine, has undergone a major overhaul, and it is an unmitigated disaster. They're still addressing issues with the site since the update, and thus I'd like to reserve judgment, but this is an absolutely frustrating case of a bunch of evidently bored programmers deciding to fix something that was never broken—to the point of nearly destroying it. There had gotten to be some real performance issues with the site, but those could have been addressed without Groundspeak taking the place apart and putting it back together with duct tape. What a freaking waste of time, energy, and money. Last I heard, updates were supposed to ultimately improve a site, and given what it's going to take just to fix what was mucked up, actual improvements look to be a long way off. Big sigh.

A few pics from Geoputt.... 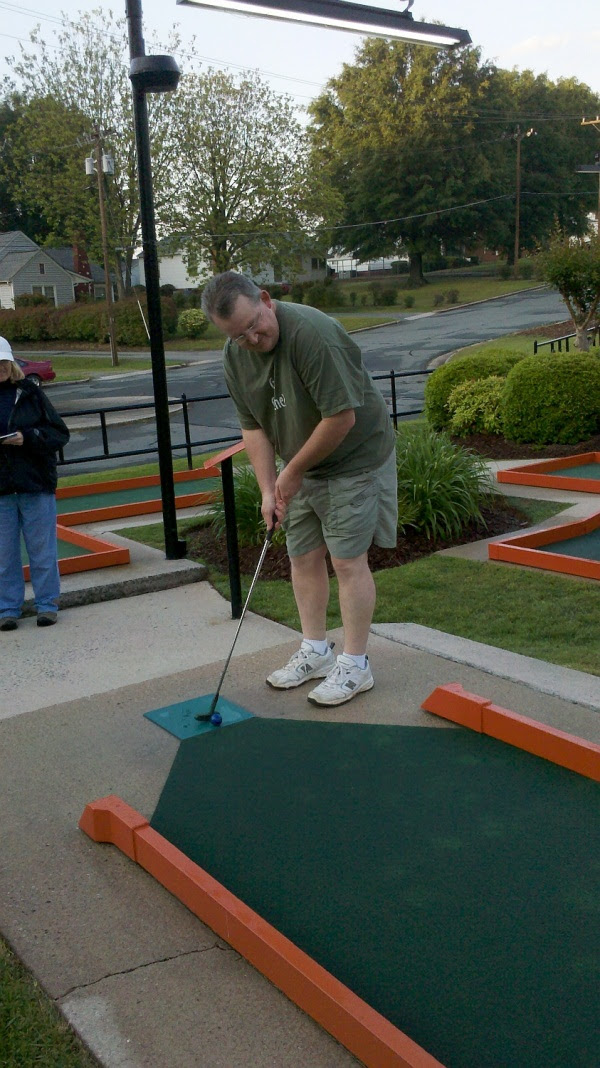 RTMLee about to "pull a Rob." 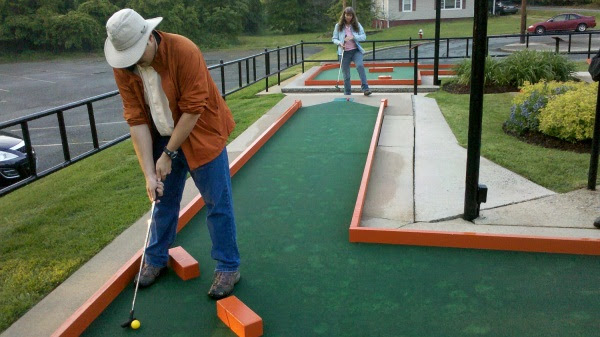 Ranger Fox about to knock one out of the ballpark. 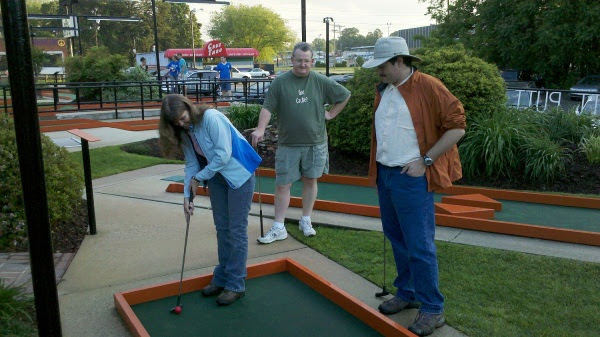 Suntigres lining up for a stunning double-bogey putt.
Posted by Stephen Mark Rainey at 12:25 AM