"Mushroom Cloud." "Nuclear Fun." "Rad (a.k.a. Glow in the Dark)." "What's That Glow?" These are just a few of the names of the geocaches in Harris Lake County Park in New Hill, NC. It's the biggest park in Wake County and quite beautiful, with numerous hiking and biking trails, disc golf, picnic areas, camping, and boating. Not to mention the Shearon Harris Nuclear Power Plant just across the lake.

I'm all for the responsible development of nuclear power (which means I have serious reservations about it). There's no mistaking its dangers, of which you're clearly reminded by the profusion of "Evacuation Route" signs in the area. It's particularly disconcerting when you think about the deadly events at the Fukushima plant in Japan—and the fact that, last August, we had a magnitude 5.8 quake, with the epicenter just up the road a piece in Virginia.

Yesterday, which was unseasonably warm, Bridget "Suntigres" Langley and I spent the better part of the day hiking and caching around Harris Park. The trails led us to a few interesting destinations, such as the remains of an ancient graveyard (home to numerous undead nuclear families, no doubt), and the remnants of the Womble family house, which dates back to 1803. We also found a pair of nice little snakes and some less-innocuous man-eating vines, which nearly spelled the end for Bridget. She came out all right in the end, but it required a valiant struggle.

After all that, Brugger and I hauled ourselves to Zen Sushi for a fabulous dinner, and then we gathered with several folks for a ghost tour of downtown Greensboro, run by Carolina History and Haunts, for which we had a Groupon. It was fun and all, though we didn't see any ghosts. Zombies, yes; ghosts, no. Finally, we decided to try out the bar at Bin 33 for a nightcap, which proved enjoyable.

Writing-wise, not a bad week. Two stories accepted for a couple of anthologies. Details later on. 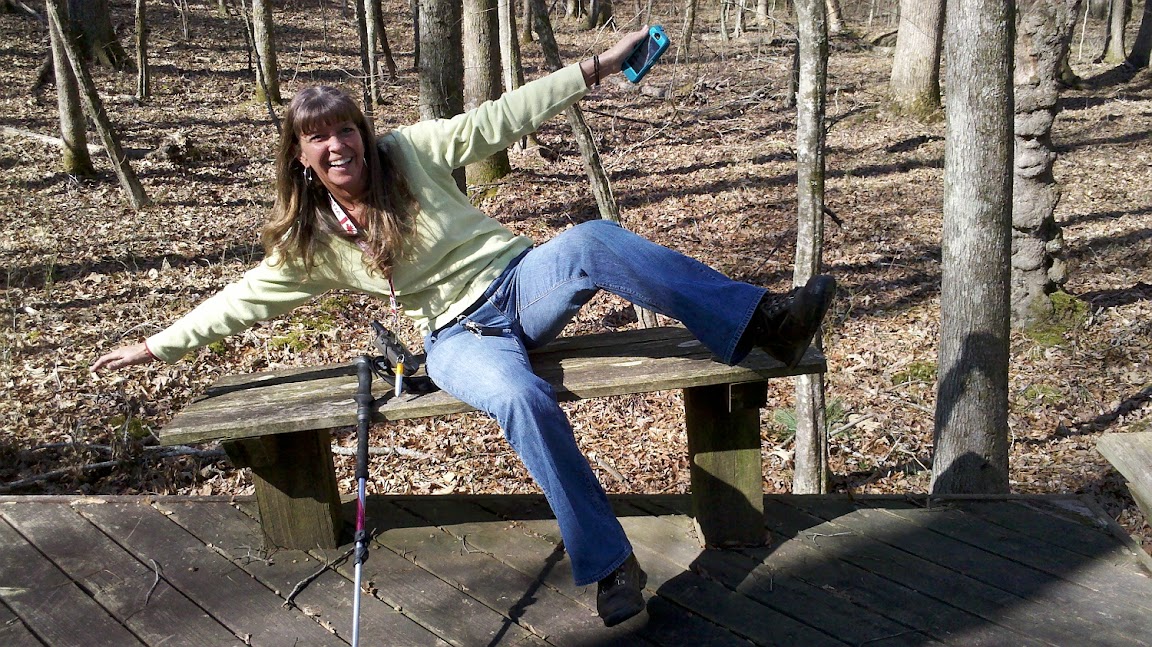 If I were to say something like "Bridget needs to lose weight," you probably
wouldn't be hearing from me again. 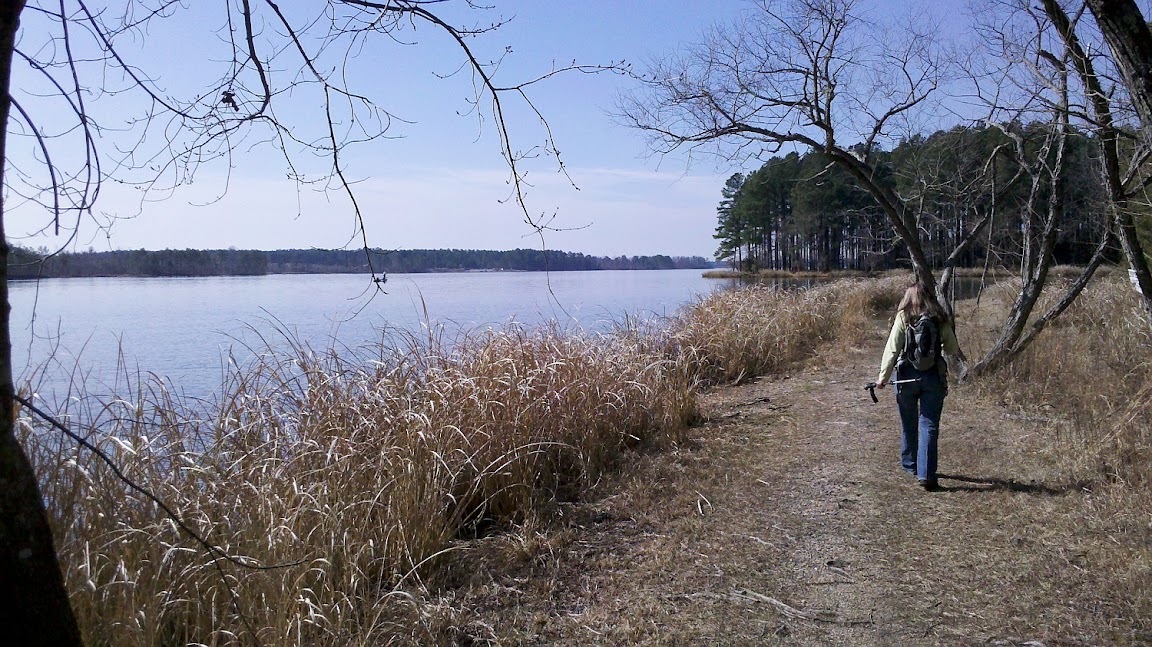 Out on the Peninsula Trail. 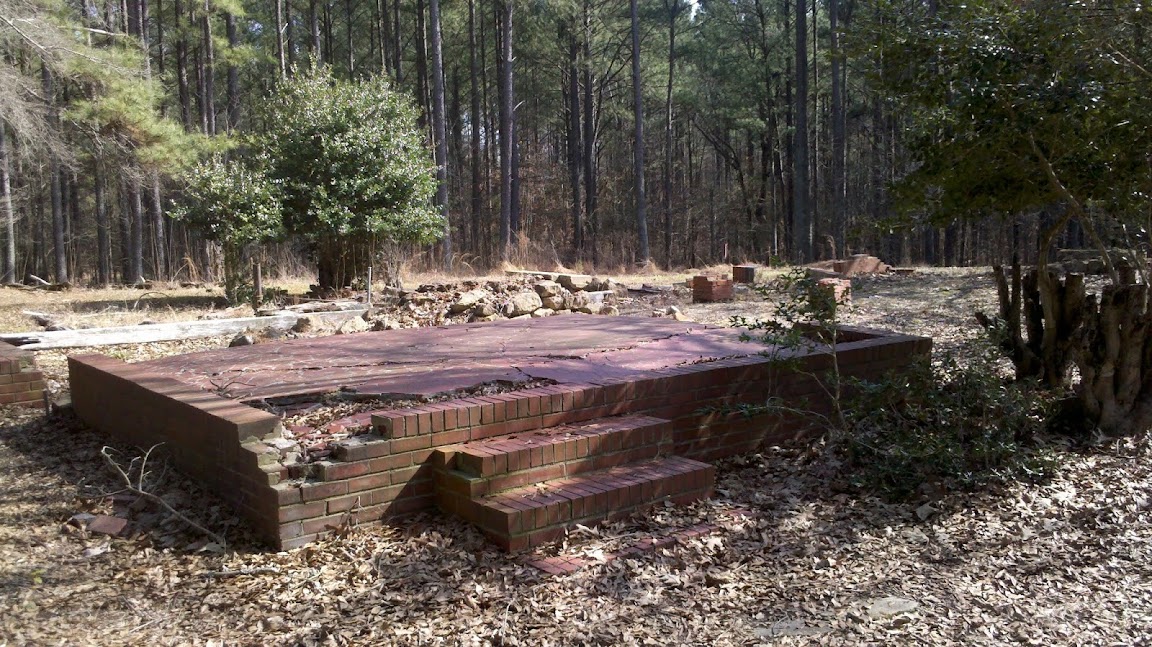 Wombles wobble, but they don't fall down. Or do they?
The foundations date back to 1803. 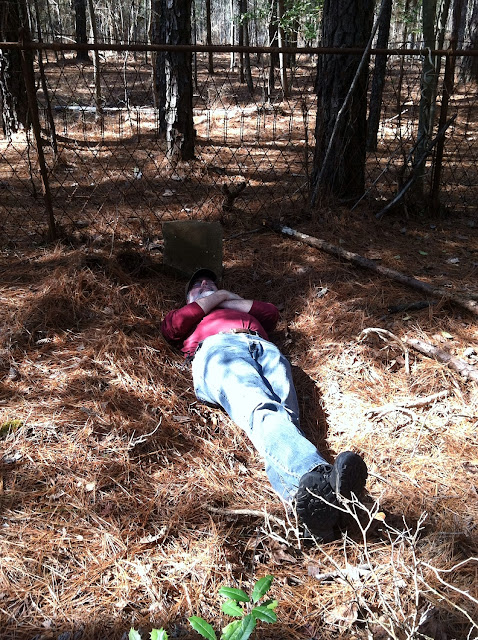 Old dude feeling a little dead, or a zombie-to-be. 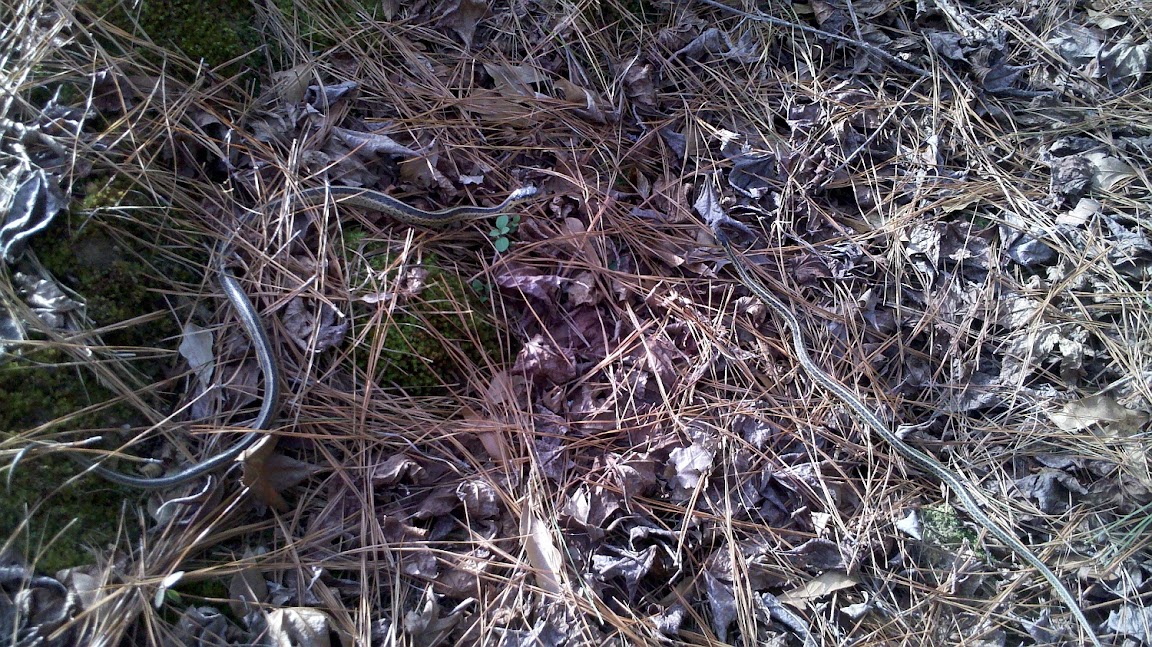 These happy little folks were playing near one of the caches. They're out mighty early;
hope they don't freeze as the weather turns cold again. The more I look at this, the more I think, "This is the wolf spider of trees." 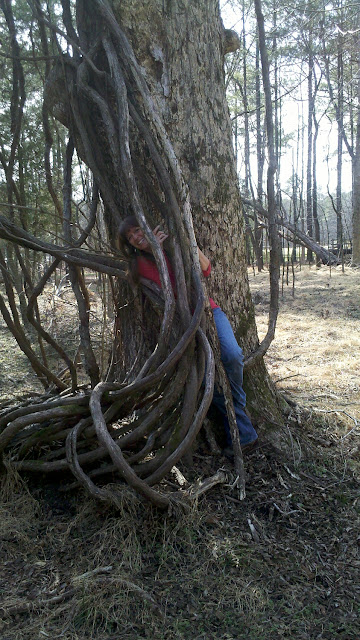 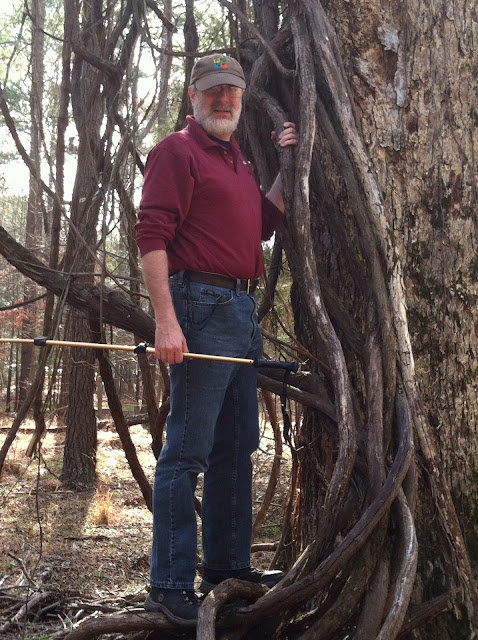 O noze! The vines haz Bridget! Is OK, though, I vanquish them. Or maybe not so OK. Alas.

Posted by Stephen Mark Rainey at 11:42 AM

I definitely have my reservations about nuclear power too. The debris from the Fukushima event are now starting to wash up on our shores. If I find any monsters, I'll let you know.
That aside, I'm finding mounds and holes in my garden again. I'm afraid to investigate further, as I suspect you've been up to no good.
-T