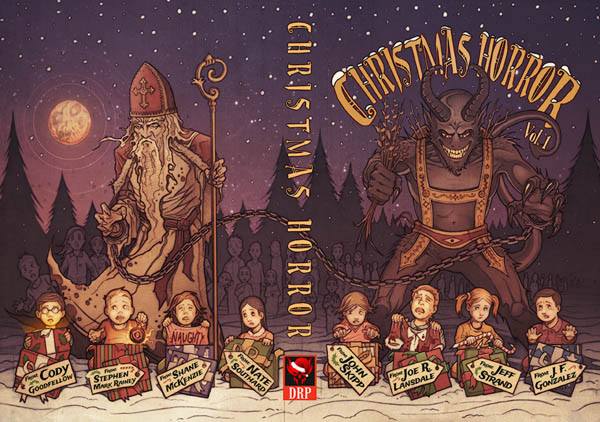 It doesn't happen often — I'd wager no more times than I could count on a couple of fingers — but I creeped myself out the other night. I have a happy little Christmas-themed story titled "Red Rage" set to appear in a couple of months in the new Dark Regions' anthology, Christmas Horror, Vol. 1, edited by Chris Morey. I wrote the original draft just over a year ago, as the anthology was initially scheduled for release in 2014, but rather than attempt to rush the book out, Dark Regions pushed its release back a year. An astute editor, Mr. Morey had a suggestion for "Red Rage" that proved crucial, and as a result, I'm far happier with it — mainly because, while reworking a scene to accommodate the suggested alteration, I freaking creeped myself out. While I thought the original draft was pretty good, at least by that Rainey guy's standards, nothing in it creeped me out. If the finished version creeped me out, there's no telling what kind of effect it might have on readers, their pets, sunspot activity, continental drift, or anything else. Something dire, I expect.

Now, you wouldn't want to miss out on that. Delve further into this and other horrific offerings over Dark Regions. Order two copies for Christmas — one for yourself and one someone you loathe.
Posted by Stephen Mark Rainey at 4:12 PM

Looking forward to reading your yarn!