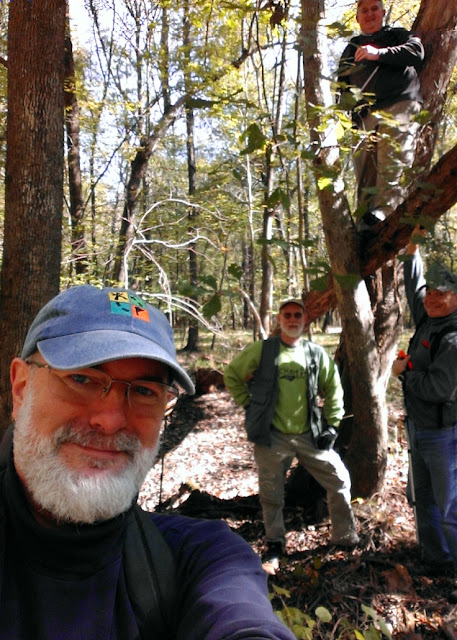 Team Old Fart — "Bloody" Rob Isenhour, Scott "Diefenbaker" Hager, "Yoda" Rob Lee, and Old Rodan — reunited after way too long apart on the geocaching trail, sadly still minus Debbie "Cupdaisy" Shoffner, whose family obligations have kept her too busy for much caching in recent months. It was a damn fine day for it, so we Old Farts made our way out to the game lands/waterfowl impoundment zone between Chapel Hill and Durham for some enjoyable, occasionally rugged hiking and caching. There was a lot of bog, swamp, and mire to make our way through after all the recent rains, but we managed without major mishap or injury, although Bloody Rob lived up to his piratical epithet, as usual. We worried a little about Yoda Rob ascending a precarious, mostly rotten tree to get a cache that needed to be got, but he made it up and down with only a few minor abrasions and a less-than-gentle bumpity-bump on a backward slide that left him with a slightly higher pitched voice for a few minutes. And being such thoughtful souls, we signed a log sheet or two as "Shoffnerless," since we were, in fact, without.

Best location of the day really looked like an apt home for the Walking Dead: a long-abandoned water treatment facility out in the woods, down a forgotten little spur road road off Highway 54. Something was making a heavy clumping and bumping in there as we made our approach, but whatever it was beat a hasty retreat before we could get our eyeballs on it. Make no mistake, any creature that wouldn't beat a hasty retreat at our approach would worry the hell out of me. Just look at us.

I am the winner of today's inadvertent social faux pas. As we were passing a little place called Chubby's Tacos (I shit you not), I noticed on the window of the establishment a cartoony rendering of a hefty mouse or some such critter holding a taco. I said, "Hey, that must be Chubby!" only to realize a second later that a somewhat not really petite woman was at that moment going in the door. She stopped, turned, and gave me a death stare, which highly amused my caching companions. I am sure apologies would ring hollow, though I did not intend to be rude. Not to the woman in question, anyway.

Nineteen finds logged today, with one unfortunate DNF (Did Not Find) — which I just learned from the cache owners was missing because they had picked up the container to make some reparations. Ah, well. I'll be back. Current total number of finds stands at 8,268. 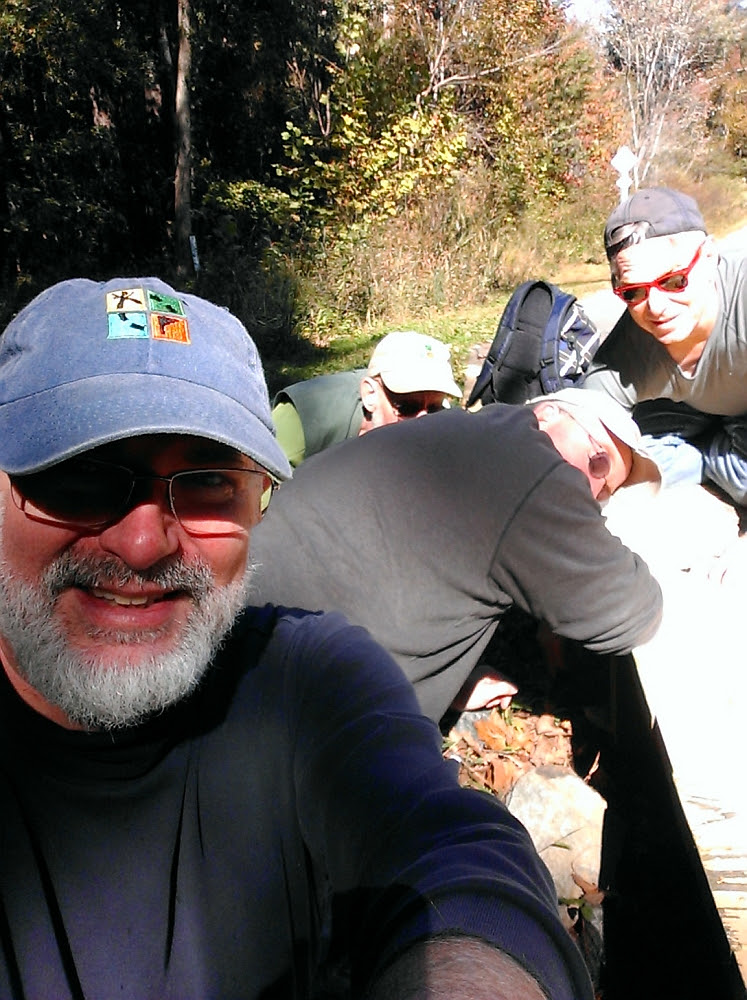 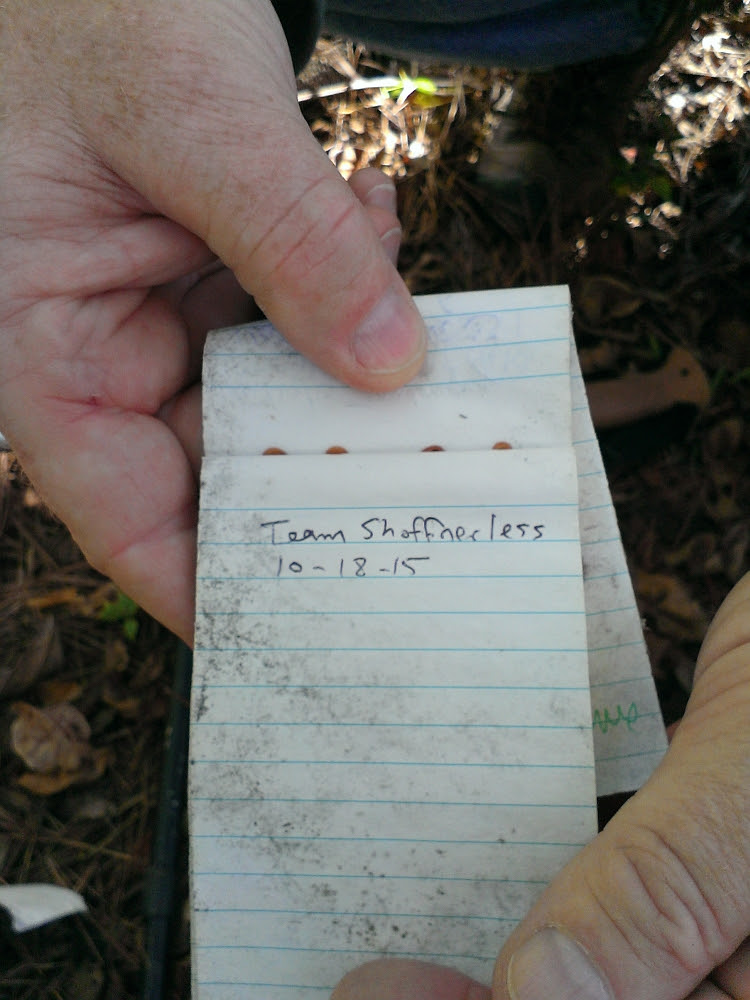 L: How low can you go? R: Shoffnerless
Posted by Stephen Mark Rainey at 8:34 PM

When y'all meet folk in the woods, do y'all say "This one shore does have a purty mouf on 'im, don't he?"