Writers' Round at The Daily Grind 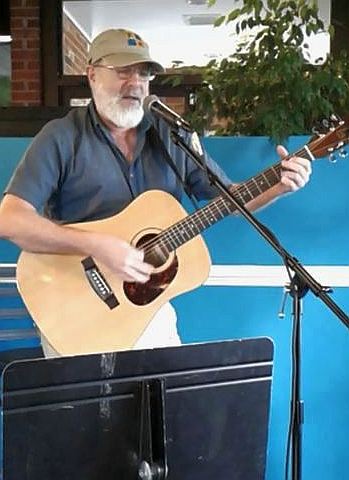 September is going to be a busy month, the weekend of 9/22–9/23 busiest of all, with two events in Martinsville, VA. On Friday 9/22, I'll be performing a bunch of original songs at the Writers' Round at The Daily Grind in Uptown Martinsville, and on Saturday 9/23, I'll be on hand at the Young Blood Five-Year Anniversary Event at the Hollywood Cinema.

Having made a racket at several of the regular Songwriter Showcase events at The Daily Grind, I'll be back to share the stage with songwriter Tokyo Rosenthal for a two-man show, which runs from 8:00 PM to 10:00 PM. You may look forward with mounting dread to a dozen or so of my original compositions, many of which —shockingly enough—gravitate toward the spooky side of life (and death). Admission is a mere $5, and along with a variety of sandwiches, wraps, salads, and specialty coffees, The Daily Grind offers an excellent selection of wines and craft beers.

Your opportunity to chuck things at the old man is here. Let's fill the place up, people!


I want all your garmonbozia....