Ms. B. and I have returned home from a whirlwind weekend in Martinsville, which started Friday evening at The Daily Grind with the Writers' Round Featuring Tokyo Rosenthal and me, turned into a spend-the-night party at Mum's with our good friends Terry & Beth, continued on Saturday with some hiking in the woods (including a bunch of geocache maintenance for me), and more-or-less climaxed at The Hollywood Cinema last night for the fifth anniversary celebration of The Smith Brothers' first movie, Young Blood: Evil Intentions, the novel of which I wrote with Mat & Myron. I had a small small part in the movie as a concerned citizen (see Young Blood: The Movie, March 9, 2012), and you can bet your ass I appeared concerned as hell on the big screen.

Late this past week, I became really concerned that the onset of some fairly severe fall allergy symptoms would do a number on my ability to sing (which many might question at the best of times), but with the benefit of a couple of throat lozenges before the show on Friday, I managed to belt out a dozen songs without completely choking. To say it was fun is a gross understatement—at least for me; I can't speak for anyone else. There's a video down below of my song "Still Believing," which Ms. B. was kind enough to record. Mr. Rosenthal proved himself a consummate professional—one of the most adept acoustic guitar players I've ever met, and a fine singer and lyricist. It was a pleasure to have shared the stage with him. 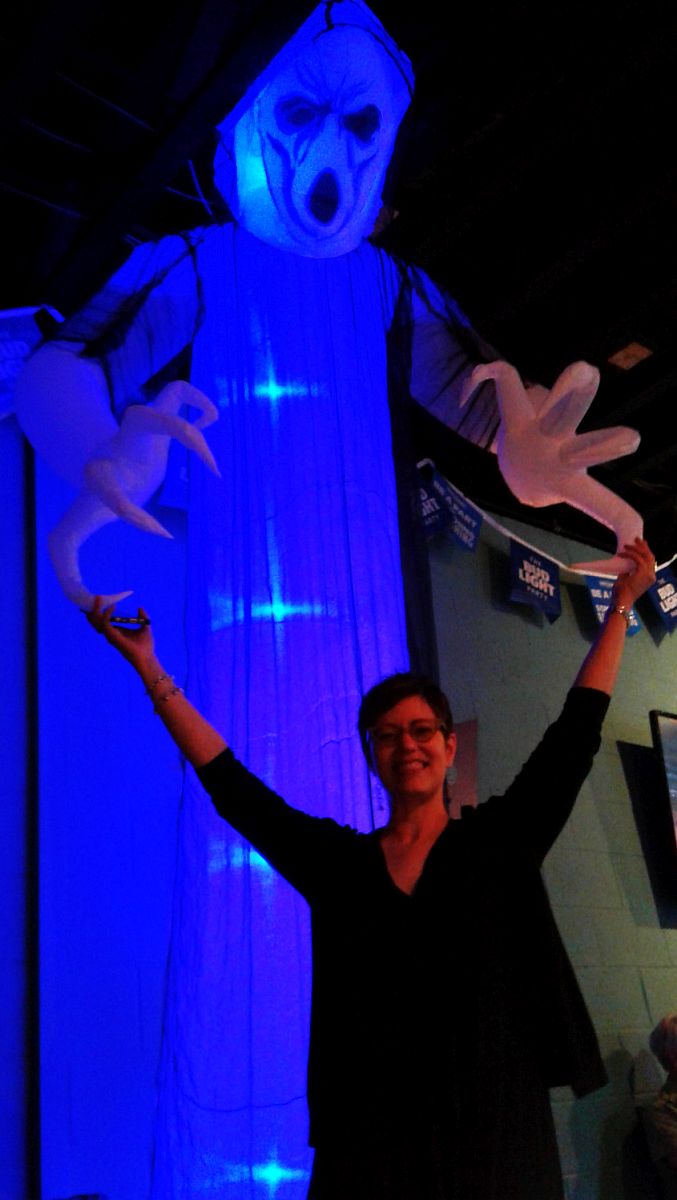 A couple of my trail caches in Martinsville needed fixing up, so Ms. B. and I undertook a couple of medium-size hikes to repair/replace them, one along the Dick & Willie trail, where I discovered an entire boulder, which housed my cache ("The Boxcar," GC263XX), had somehow gone missing. Odd, the things that can vanish without a trace. The other, on a bike trail out in Chatmoss ("Sticks," GC1WNG9), required the construction of some new Blair Witch–style stick figures, a trail of which will lead an intrepid adventurer to the actual cache container. Yeah, it got kind of hot, muggy, and buggy out there.

The Young Blood anniversary celebration brought many of the movie's actors and fans together again, and the theater lobby was decorated with a couple of tons of memorabilia and merchandise, including posters, DVDs, original artwork, and promos for Myron Smith's Sweded films (not to mention some scary clown props, as the theater was also showing It).

When I was writing the novel, I watched the movie many times over and had it virtually memorized, but it had been long enough that, watching it again, I had a whole different view of it—the humor was funnier, and the more disturbing parts were really disturbing. A neat little movie it is, and I'm quite proud to have had as much a part in it as I have. 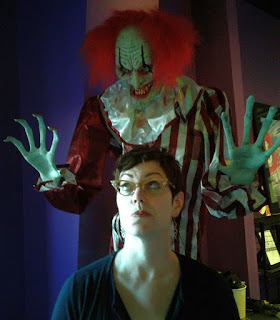 The celebration resulted in a fashionably late dinner at Yamato Japanese Restaurant, which Kimberly and I enjoyed no end (suffering from the Great Starvation will do that to one—just ask my cats). We had thought we might join Mat, Myron, and other folks in the Young Blood crowd at Mtn' Jax in uptown Martinsville, but by the time we got there, they had already left. So Kimberly and I returned to Mum's and sat out on the back porch until the wee hours of the morning sipping a fine Pinot Noir. At midnight, we were treated to the thunderous sounds of fireworks from the Martinsville Speedway, which—as the crow flies—is only a couple of miles or so from our house, where they'd had their first nighttime NASCAR race. Unfortunately, we couldn't actually see the fireworks, but when they first went off, we thought the bomb had dropped. Big noise! But we actually enjoyed the celebratory racket, and I hope the race brought lots of business into town. In all my years, I've never been to a NASCAR race, nor had any real interest in going, but the Speedway is a real draw in Martinsville, and more power to the fans.

This morning, it was back home for the both of us to deal with our respective cats, who all were suffering from The Great Starvation. Poor little guys! (Note: They're not that poor. Nor little.)

See you at the curtain call.