What Year Is This? 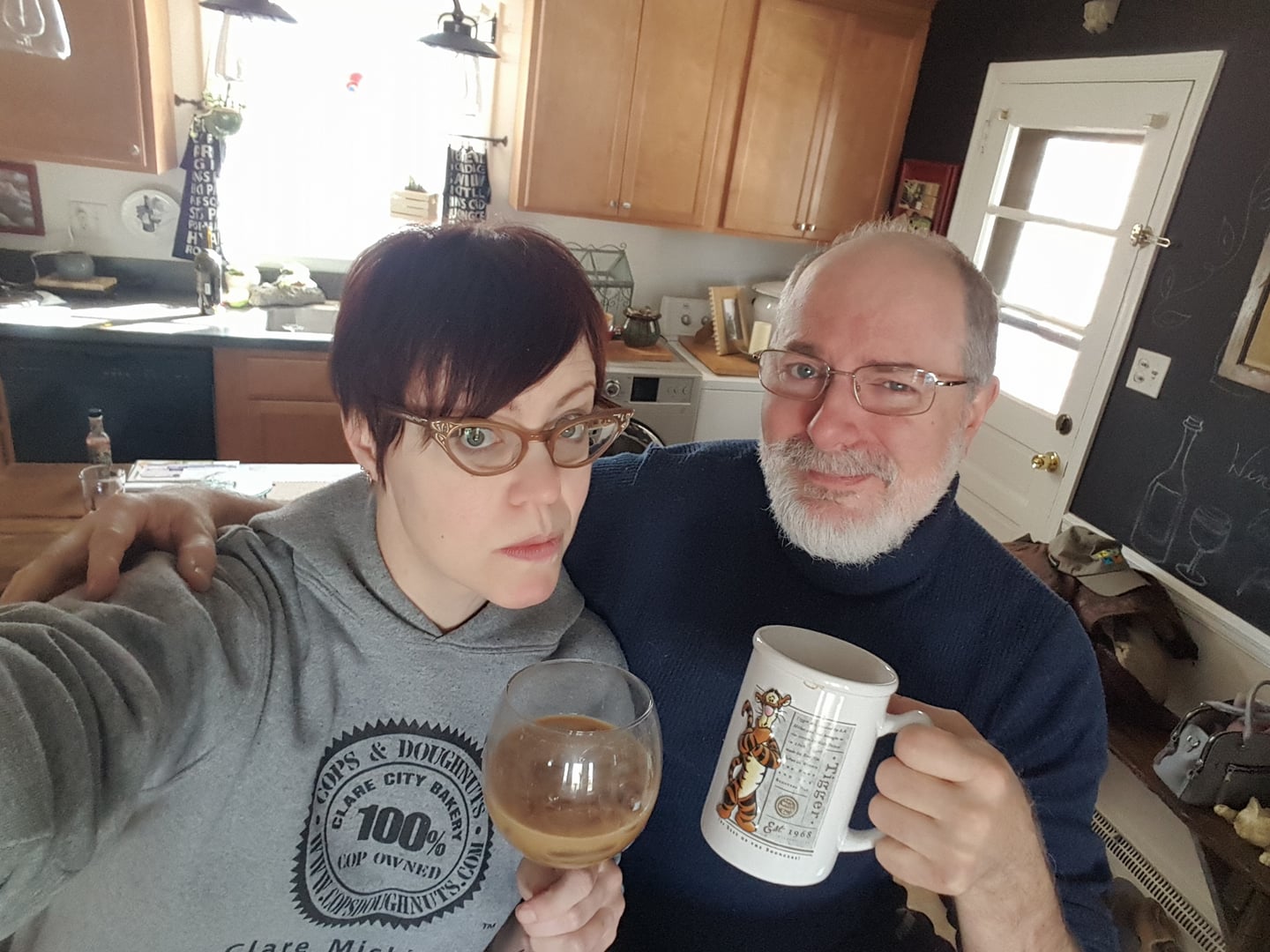 New Year's Eve/Day sure didn't quite turn out as we planned. Ms. Brugger and I had intended to head over to Winston-Salem last night to hang out with our friends Terry & Beth in their outdoor hot tub (in the nice 11°F chill), but they'd both come down ill this week, and getting together during the contagious stage just didn't seem prudent, especially since Ms. B. and I have suffered ugly illnesses of our own this past month. So after I enjoyed some frigid, early-evening geocaching at Greensboro's Revolution Mill, Ms. B. and I went to New Year's Eve dinner at one of our favorite Thai restaurants — Simply Thai in Elon — and then returned to her place, where we drank wine and watched the final episode of Stranger Things, followed by the double-feature of Mother and The Thing (2012). While hanging out in a hot tub with Terry & Beth would surely have been the most desirable option, our ever-so-mellow back-up plan proved nothing to sneeze at.

This morning, we slept late, drank serious coffee, had a delicious chicken sausage & egg scramble, and hung with cats. Then I returned home.

I must say, 2017 provided us with a generally fine holiday season, starting with Halloween and our trip to Gettysburg, which turned out to be one of the best things I've ever done. Thanksgiving and Christmas both proved mellow and memorable. In early December, Ms. B. and I had an excellent time at her folks' place in Midland, MI, but for those days we were down with the stomach flu. Being the eternal pessimist, though, every New Year's Day tends to find me feeling a little depressed, since it spells the end of my favorite annual holiday time.

That said, I feel little remorse leaving 2017 behind, as in so many respects it was a garbage year, with my Mom's long-term health problems overshadowing every aspect of my life, and 2018 — and likely many years beyond — promises no respite. I've never hated anything as much as I hate what has happened to her, and unfortunately, sometimes that hate spills over into my day-to-day life, which, of course, I hate. The perpetually widening political divide in our country has affected me in no small ways; it's no secret I fucking despise Donald Trump and the GOP. They're the epitome of human garbage, the lot of them, and for them the guillotine would be too kind. I suppose the less said about that, the better.

My work situation, while not so different in its day-to-day routine, is in many ways more stressful than it used to be, with a long, ugly daily commute, resulting in considerably more personal expense (and risk), and certain HR issues, including a piss-poor time-off policy, which are several steps backward from what we used to have under our local ownership. I hope to God I can retire before I'm dead, and the sooner the better. But I do not like this aging thing. Sure it's better than the alternative, but an alternative alternative would be most desirable.

Whatever its hardships, I'm sure 2018, as every year has, will offer plenty of joys and wonderful things to counter the stressors. I do hope so. Right now, I've got a couple of great writing projects happening, and it is time for me to get back to them.

May the road rise to meet your wheels.
Posted by Stephen Mark Rainey at 1:45 PM