Mediterranean Sojourn Pt 5: Aix-en-Provence and the Meanie of Marseilles

October 25, 2019: Marseilles Sunrise and My Heart Aix
Through high school and college, I studied French, four years' worth; enough to be proficient, if not quite fluent, with the language. Over the years, I haven't revisited it much, so saying my French is rusty is like saying the French Revolution was but a wee squabble. Still, those half-remembered skills came in handy when our party arrived in France—specifically the Port of Marseilles, right at sunrise on Friday, October 25.

Encore, our gang of four had decided to bypass the more touristy centers and hie ourselves to the picturesque and somewhat less bustling town of Aix-en-Provence, a few miles north of Marseilles. Bright and early, a shuttle bus hauled a fair-sized group from the Rhapsody to the city center and dumped us off. We had only about four hours to do our business, since the shuttle was scheduled to pick us up at 2:00 PM—earlier than we would have liked, but I speculated that this was because the touring company didn't want to risk our bus getting caught in rush-hour traffic and thus return late to the port. Bad business, that would be. 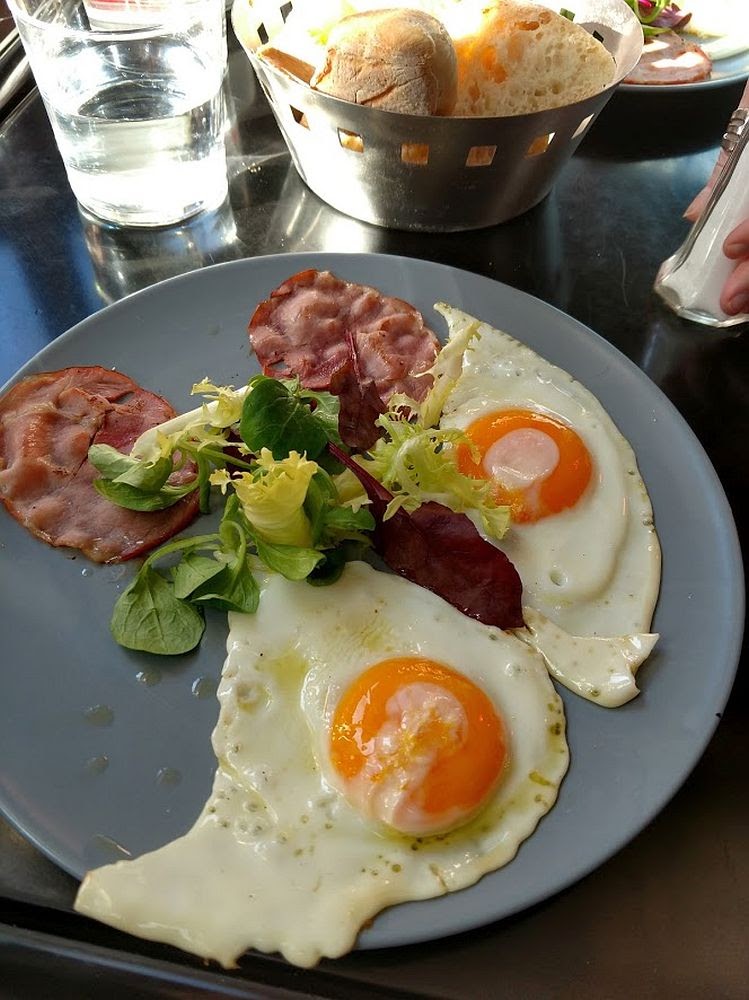 At this point, all of us were feeling the ravenous hunger, so our first order of business was to hunt up some breakfast. We found it at a nice little restaurant along the city's main thoroughfare, and here, I was able to put my linguistic skills to good use. Happily, some crucial grammar and vocabulary came back to me quickly. Our server could speak a wee bit of English, but I was able to communicate in French with reasonable success, mostly using simple sentences, such as "Ou est la toilette, s'il vous plaît?" (Actually, most everyone in our group had learned how to ask directions to the nearest rest room in every language we were to encounter on the trip.) The breakfast—eggs, bacon (not American bacon), and fresh bread—turned out to be delicious indeed. Although I did love the café au laît across the pond, I can't say I didn't still crave our great big steaming mugs of Good Morning America. Sadly, the coffee on the ship, while accessible day in and day out, wasn't very good (think Barney Miller–grade coffee, if you're old enough to remember that great TV comedy).

There might be stunned disbelief should I mention that I set out on my own after a couple of geocaches in Aix, but indeed, that is what I did. And I found them. There were a couple of EarthCaches and Virtuals in reasonable proximity, but here's a thing about so many container-less caches in Europe: they are clearly not geared to the traveler who is keeping company with the non-geocaching set. Rather than direct you to a nice landmark, about which you might answer a handful of questions, take a photo, and claim your smiley, all too many of these things involved going from stage to stage to stage, all requiring considerable time and travel—a thing I would not subject my companions to, since they aren't into the activity the way I am. So I bypassed any number of virtuals and such that I would happily have gone after in the company of other cachers. And that's okay, I reckon. Those caches I did find made me smile real big. The two I found in Aix were challenging without being frustrating, especially the one located near the Hotel de Ville, pictured below.
While the women sought treasures (not of the geocaching variety), Terry had discovered a lovely little outdoor bistro that served mighty fine wine. I sampled some myself and gave it my stamp of approval. In Aix, we indeed found some very good French wine; here in the states, it's been difficult to locate French vintages of such quality, regardless of price point. Sad for us, it is! Anyway, once reunited, the gang found lunch at a restaurant called Chez Nous (a.k.a. Our House), where, again, my linguistic skills were put to the test. I earned my stripes here, although one of our two servers did speak English better than I spoke French. While, overall, the food was decent, I tried their beef tartare, which would have been all too bland if not for the plentiful herbs and spices it came with. Still, our meal—and especially the wine—hit the spot. Since dining at this fine establishment, the lyrics to Yes's 'Love Will Find a Way" have frequently, spontaneously wormed their way into my brain, although I reckon that's okay, since it's one of my favorite Yes songs.


"Here is my heart waiting for you.
Here is my soul.
I eat at Chez Nous." 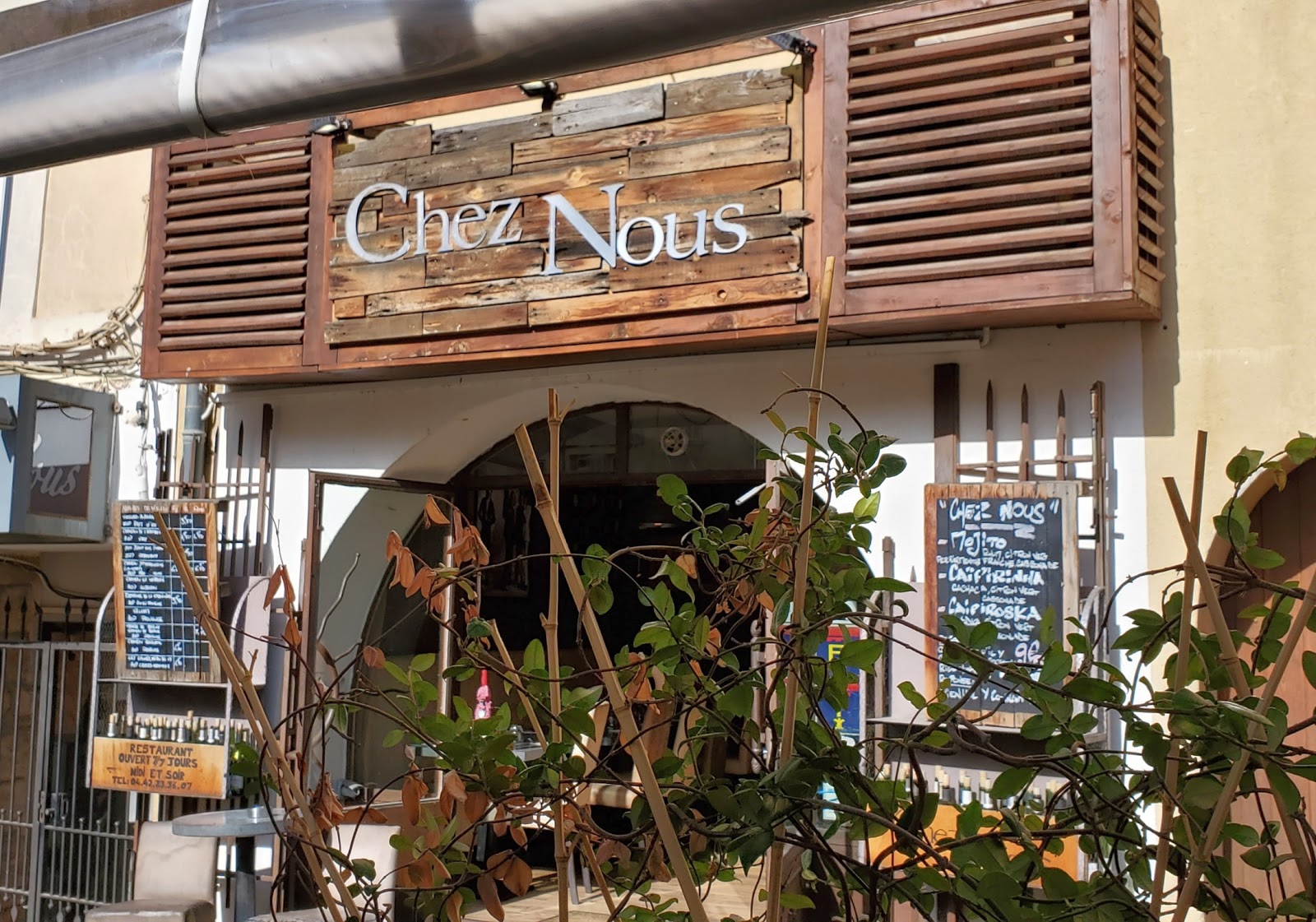 At last, our time in Aix drew to a close, so we wandered back to our meeting point to return to the Rhapsody. Although some of the French folks we had encountered did act a bit more stand-offish than those in other places, none had displayed hostility toward us tourist types until we prepared to re-board the ship. As always, we had to go through a security checkpoint, which involved passports and sea passes, removing all items from our pockets, backpacks, etc. While always a little annoying, these were generally painless procedures. At least until France....

I call her the Meanie of Marseilles. As we stepped into the queue and began unloading our belongings, I noticed this young French woman in the garb of port security giving each incoming passenger the haughtiest, meanest looks I've ever seen, and when a passenger handed over his or her bin of personal items, the Meanie would slam it onto the conveyor and then jerk the next person's belongings right out of their hands. How mean, I thought. I will say that it's a good thing none of the items I was carrying were fragile or I would have absolutely called her on it. Not something you really want to do in a foreign land, I'm pretty sure. Sure, we all have our bad days, and maybe hers had been pretty miserable, but for someone who is supposed to be acting in the public interest, I gotta say, that ain't no way to behave. Take that from this grumpy old American, you meanie. You... you... French person you.

Since this was our last night on board, we had to pack up all our stuff and be ready to leave the ship at the upcoming ass-crack of dawn. All around us, sadness flowed like a dismal river of tears. At dinner, I pulled Charles aside and told him I was sad because it was not my birthday. He gave me no cake to console me, which certainly didn't elevate my spirits. However, for our last night on board, Terry and I hit the casino and played big. I won back a fair portion of what I had lost over the course of the week, but... it was still a net loss. Yet it ended my Casino nights on a high note, and at the end of it all, I walked away inordinately pleased with myself.

Coming up the next morning: our final port of call, Barcelona. We had some reservations about Barcelona, since we planned to spend three days there before heading home, and over the course of our cruise, we'd been hearing all too much about violent demonstrations in the city. Not just in the city, but right where we would be staying: in Catalunya Square.

Literally, right outside our door. 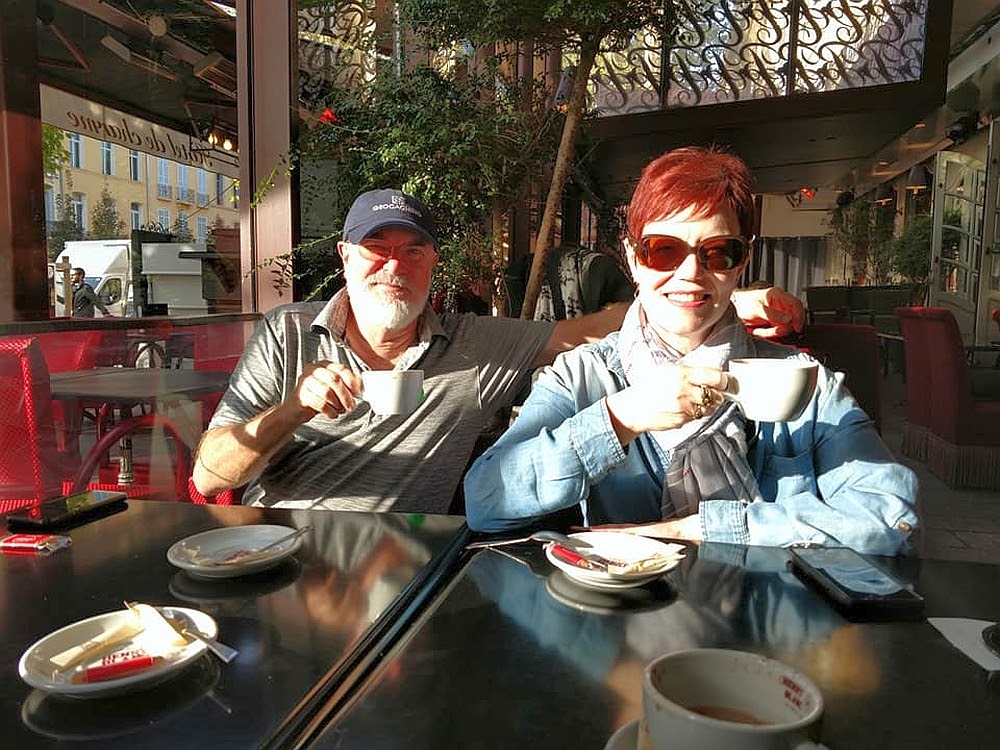