I Loves Me Some Christmas

Always have. In fact, the time of year between Halloween and the new year is always my favorite. Well, Halloween being Halloween, it just rates anyway. But Thanksgiving and Christmas are the two times of year that my family comes together and renews its closeness.

This year, things were a little odd for Christmas. My daughter couldn't make it home because of her work schedule. Then my wife came down with a nasty respiratory bug (which she did not catch from me, despite her claims to the contrary) and wasn't able to come to the old homestead in Virginia and celebrate with my mom, my brother, and me. So I came back home early yesterday to spend time with the sickie—who, thankfully, is feeling much better today (which is good, since she has to work).

Still, the quality time with Mom and me bro was truly fine. In the last few years, the channels of communication between us, which at one time were sometimes strained, have opened considerably, and their presence in my life is a true blessing. And last night, just being here alone with Peg was wonderfully revitalizing. 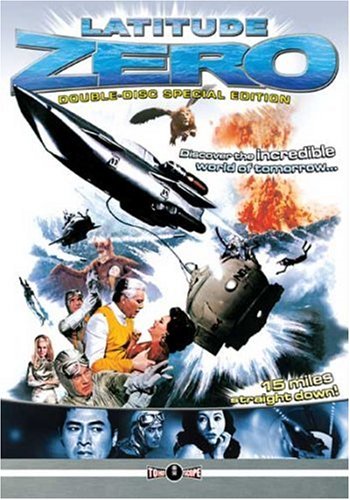 Gift-wise, we had a pretty good haul this year. For all my love of books, I find that movies still are my true excitement in the entertainment field, and some real gems arrived this holiday: the deluxe box set of Twin Peaks; the box set of They Call Me Trinity/Trinity Is Still My Name (a couple of my all-time favorite comedies); the box set of the Planet of the Apes movies; Count Dracula (the BBC production with Louis Jourdan, which is my favorite screen adaptation); Battlestar Galactica: Razor, and Latitude Zer0, one of Toho's damn cool SF flicks from 1970—and the DVD includes both the U.S. and Japanese versions, along with a bunch of cool extras.

And I got Peg the box set of American Gothic, which she really loved during its initial run on TV in the early 90s (as did I; in fact, for my Dark Shadows novel, Dreams of the Dark, I pretty much patterned the character of Thomas Rathburn after Gary Cole as Sheriff Buck in AG).

So, despite the absence of the young 'un and Peg's illness, we had a dang good Christmas overall. I really hope next year that we'll all be healthy and able to get together. I still love this holiday, just as I did as a kid; and these days, what with life being so tenuous and unpredictable, spending quality time with the family—whichever among us are able to gather—is all the more special.

I hope there were wonderful times for everyone. And that some of the special goodness of Christmas carries through for the rest of the year. Blessings to you.
Posted by Stephen Mark Rainey at 1:07 PM