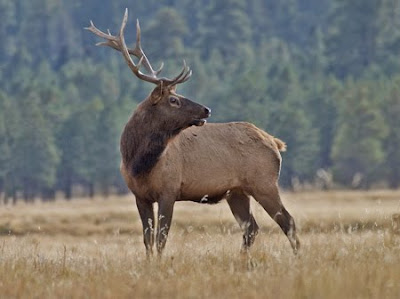 I tend to be rather fond of jerky. You know, dried salted delicious dead animal hide. There's beef jerky, turkey jerky, chicken jerky, even buffalo jerky. I used to particularly enjoy my ex-wife's homemade spicy beef jerky. Once in a while, especially when I'm out on a long trail hike, I'll pick up a bag of the Jack Links ("Messin' With Bigfoot") peppered beef jerky, which isn't exactly the world's finest fare, but I have to tell you, it'll do in a pinch.

Better back up. Early this afternoon, while gathered with some friends, a spontaneous and mutual decision to vacate Greensboro took us to Chapel Hill, where in years long past I hung out with some sort of frequency, and where friend Jenny spent a significant if rather hazy portion of her life. We ended up at this blasted place called A Southern Season, where you can find everything from Klingon cookware to Evil-brand wine to insane-looking ceramic frogs to massive, erupting mountains of dark chocolate truffles. It was here that I found a bag of elk jerky ("Made from Natural Elk"), and since it was on sale, I did what I had to do and bought some.

Pretty good, that elk. Not as good as Mrs Death's spicy beef stuff, but definitely okay as a novelty.

We tooled around Chapel Hill for a while, stopped at a handful of bars, and had dinner at the Spotted Dog, where all the items on the menu give you the impression that you might be better off if you're a canine; however, the human fare is actually quite decent and very reasonably priced. I enjoyed a bloody mary and a turkey burger that made me almost as happy as an unsalted elk. Interestingly, nearby is an establishment called The Southern Rail, which is built around a couple of old train cars. Back before the turn of the century, those particular cars were home to Green Monk Studios, the film company that belonged to my friend Storm Williams...and that served as the setting for my story, "Eye of the Devil," the sequel to my perhaps more well-known novelette, "Fugue Devil."

Of course, there were some caches in the bargain. Of course there were.
Posted by Stephen Mark Rainey at 11:41 PM

It was an inspired guess!