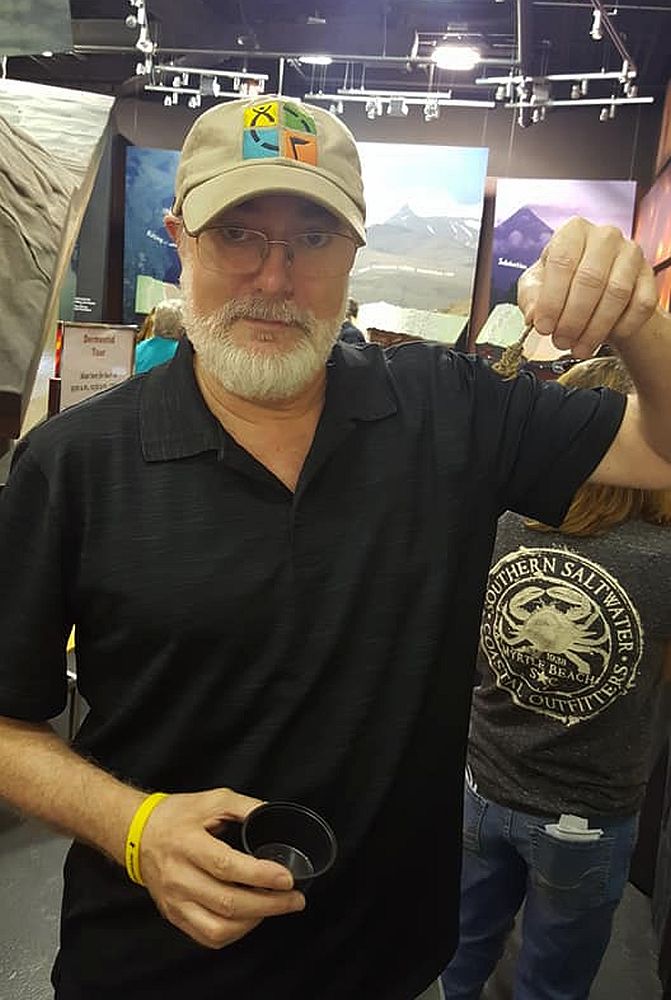 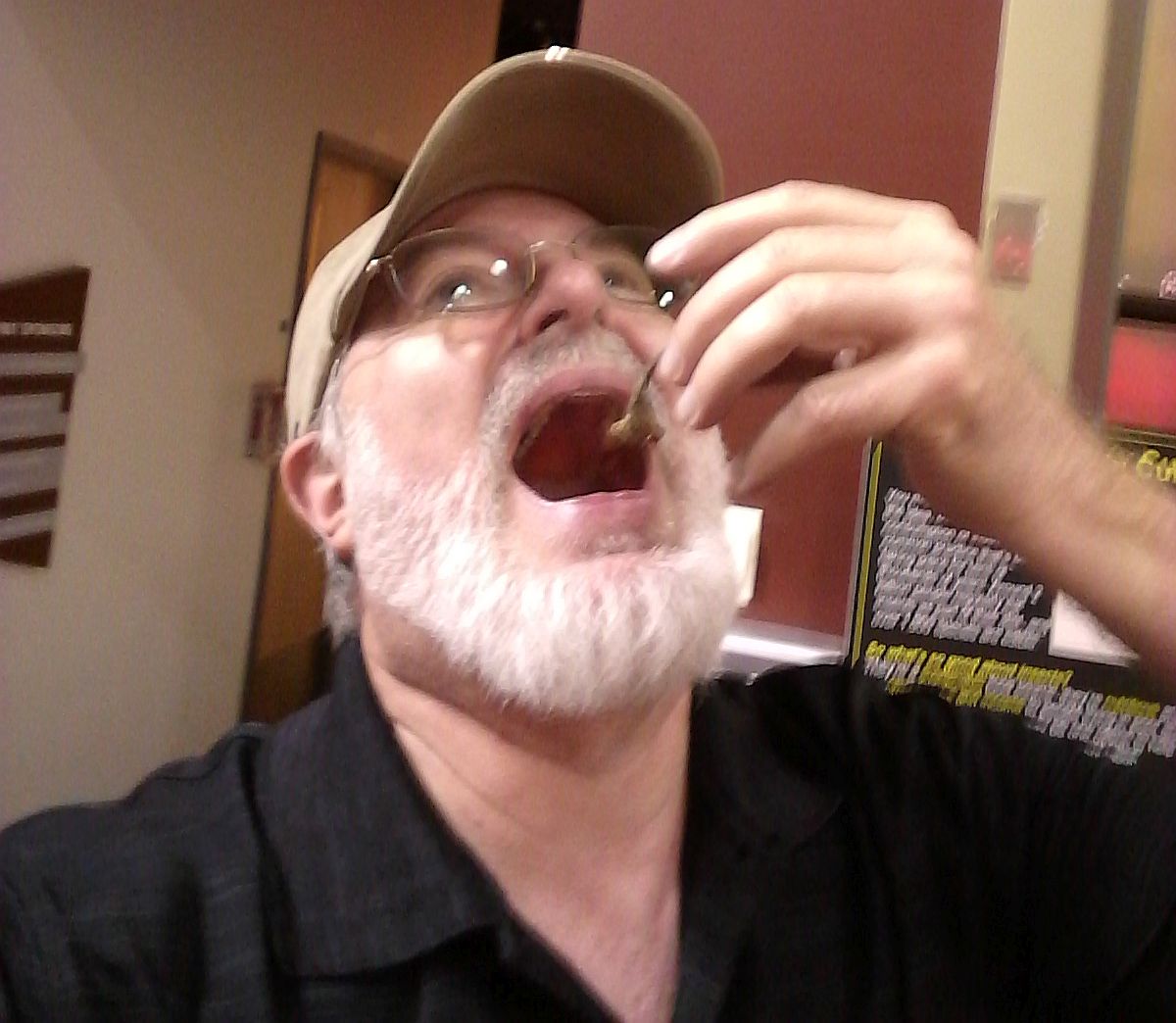 Manchurian Scorpion, to be precise. Tastes quite like a very salty pistachio with a hint of fish on the finish. I had a couple of them, then chased them with a handful of crickets roasted in honey mustard.

Today was Bug Festival at the Virginia Museum of Natural History in Martinsville. Since I had to attend to Mum this weekend anyway, Ms. Brugger agreed to accompany me that we might attend the Bug Festival, among other festive thingummies. Last night, we left Greensboro and headed to the Third Bay for dinner with our friends Stephen and Samaire Provost, who had moved to Martinsville from California several months ago. As always, the food, drink, and company made for a better-than-pleasant evening. Quite by happenstance, at the restaurant, we ran into geocaching friend VAVAPAM (a.k.a. Pam), whom I had earlier introduced to Stephen because he was writing a book about the history of department stores, and Pam's family used to own Globman's Department Store in uptown Martinsville. Globman's was a bona fide fixture in town for most of a century, and it's nice to see it getting coverage in Stephen's upcoming book. 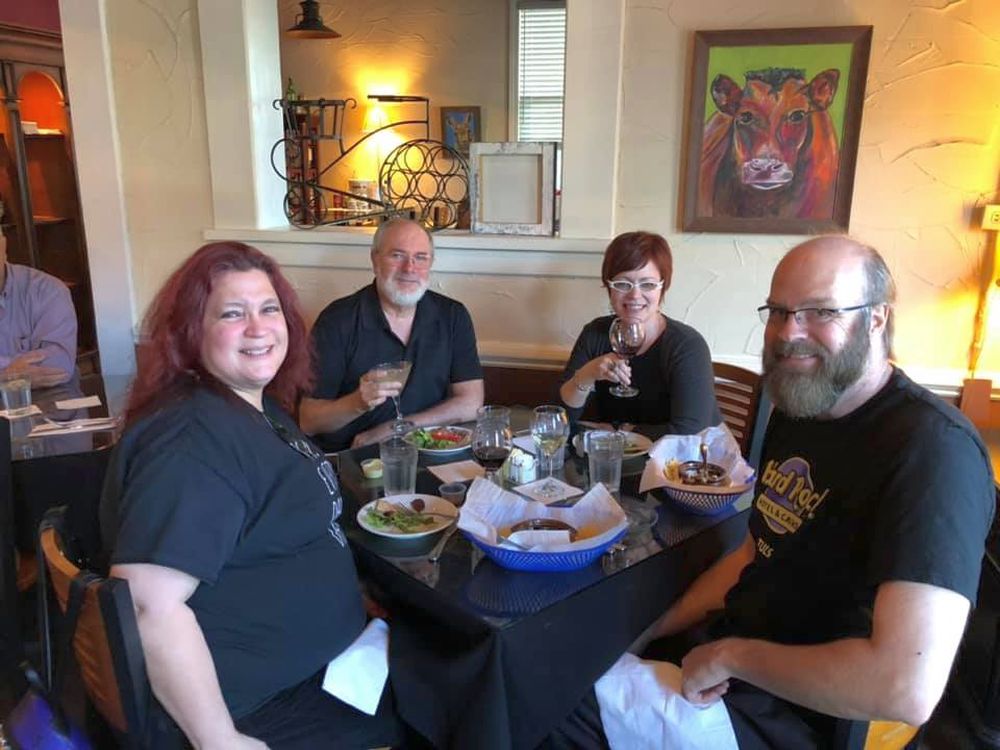 After dinner, Ms. B. and I had a number of errands to run, which kept us out later than we expected. Still, since it was such a beautiful — almost chilly — evening, once we retired to Mum's, we sat out on the back deck with a bottle of good wine until the morning's wee hours.

This morning, we scrounged up a tasty breakfast at Daily Grind uptown, where I have, on occasion, made an unpleasant racket on my guitar. No noise today, just coffee and a really good (and huge) bacon, egg, & cheese croissant. Then to the museum for the Bug Fest. We found a decent crowd (it got much more crowded later) and a passel o' bugs. Everything from tarantulas to crayfish to walking stick insects to to vinegaroons to giant mantises to hissing Madagascar cockroaches (I used to co-habitate with Madagascar cockroaches in Chicago, courtesy my roommate Bill). And then the pièce de résistance, the "Eat a Bug" challenge. My friend Ben R. Williams, formerly a reporter for the Martinsville Bulletin, now Science Administrator at the museum, manned the food corner, with plentiful supplies of Manchurian scorpions, water beetles, and crickets.

So, have a look back the beginning of this blog entry. Yummy bugs. They probably won't move to the top of my dietary staples, but I didn't find them at all objectionable. Ben did warn me that the water beetle was anything but appetizing, so that's the only one I didn't try. Some other time, perhaps. 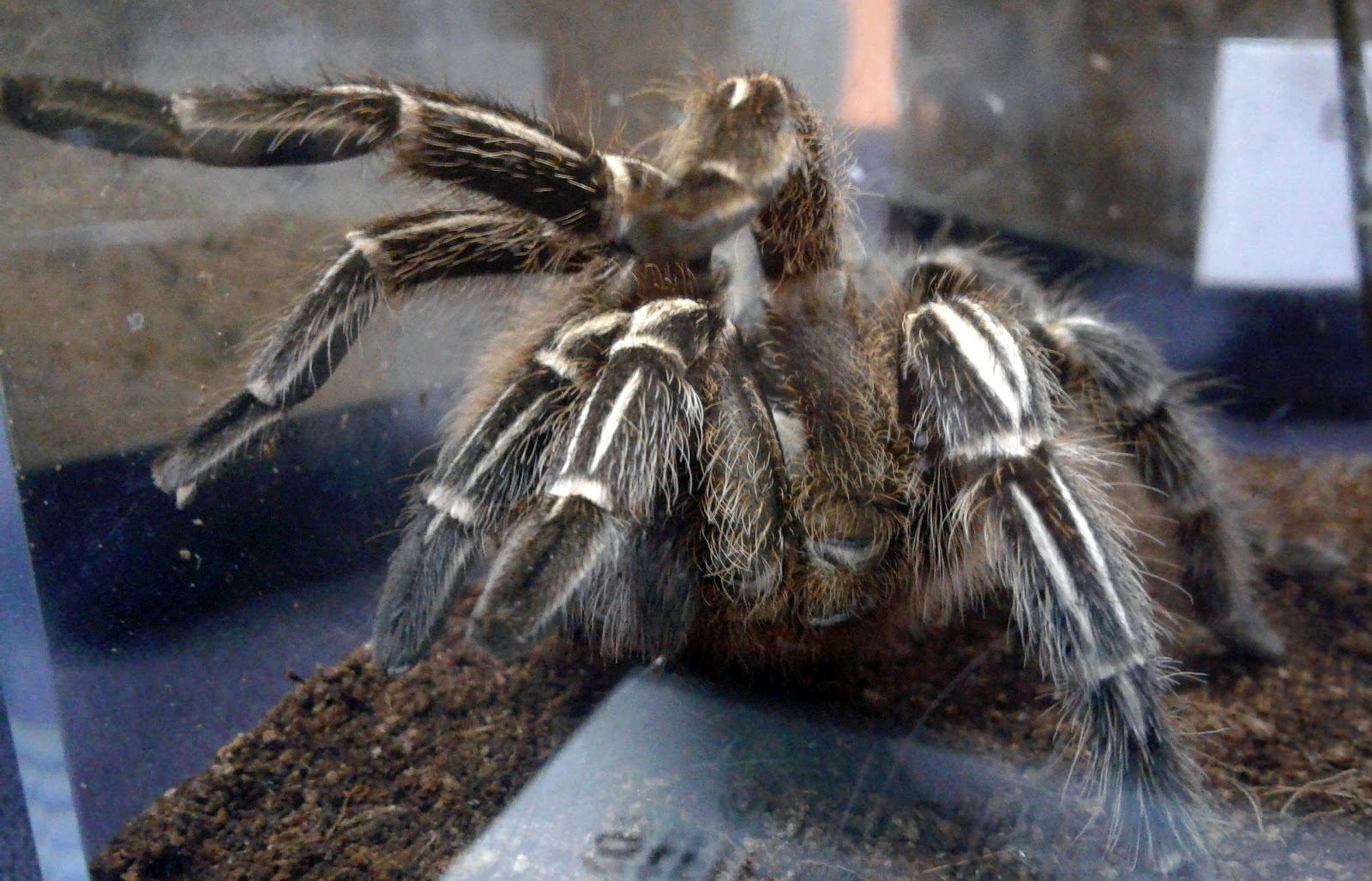 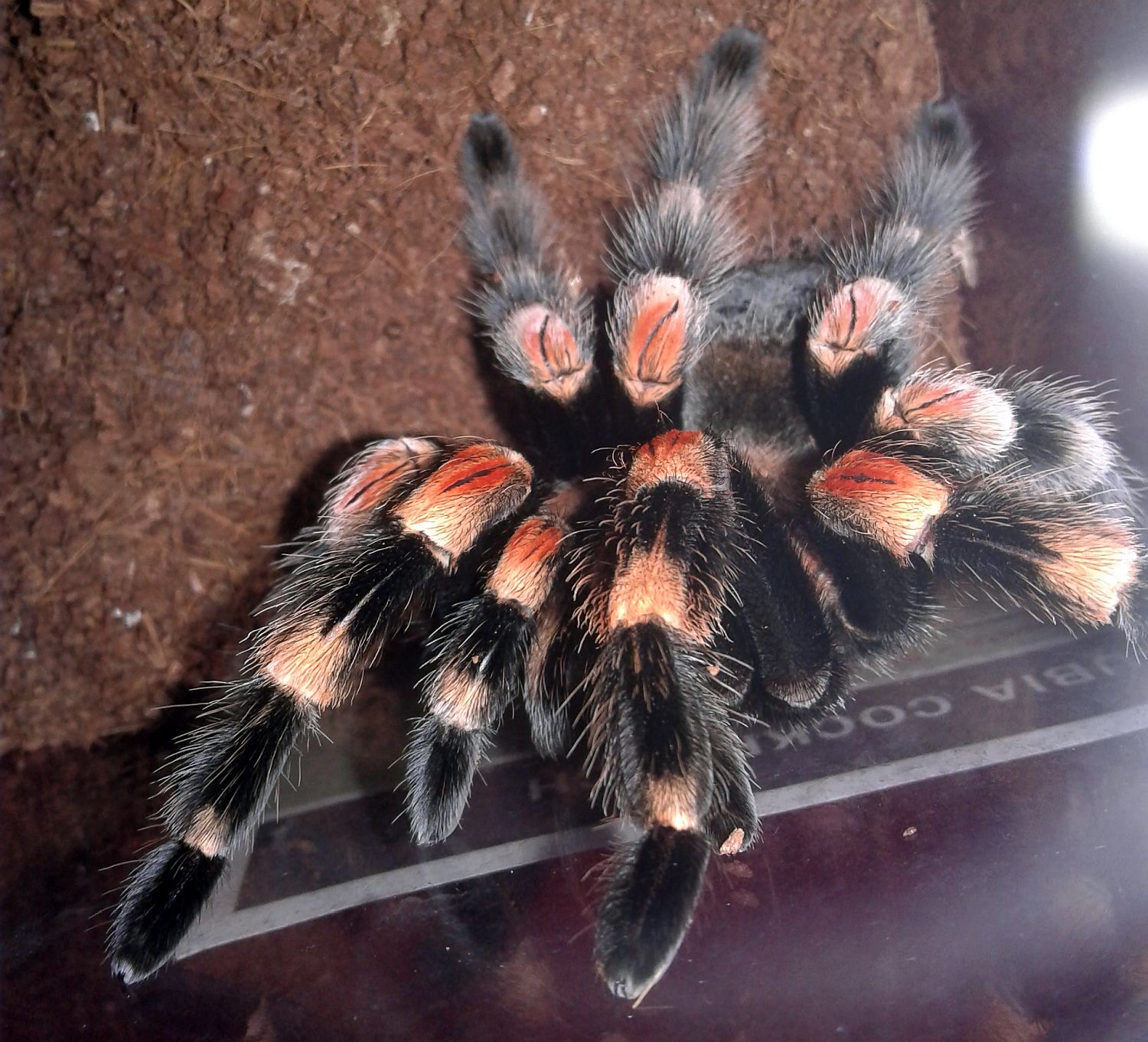 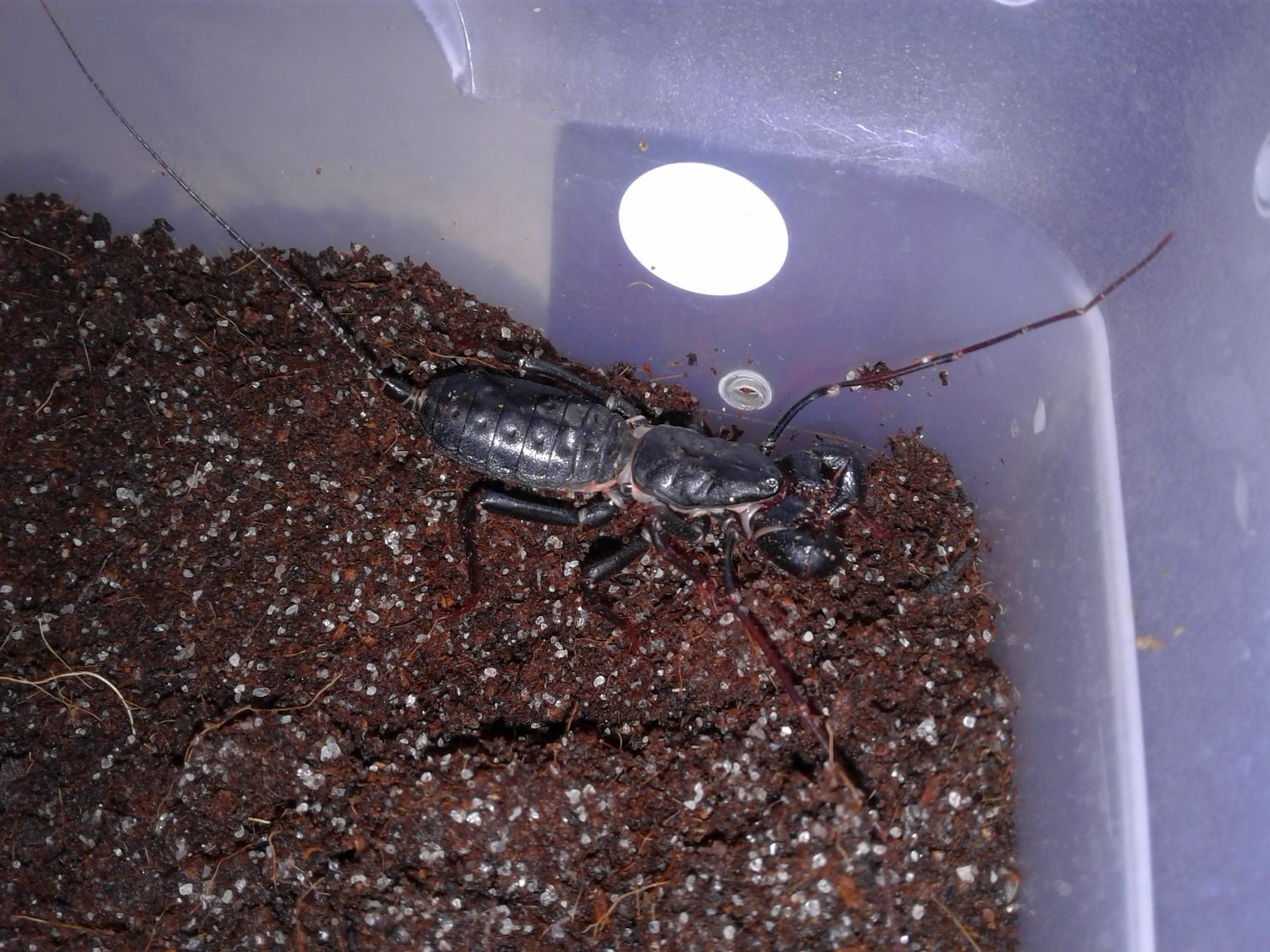 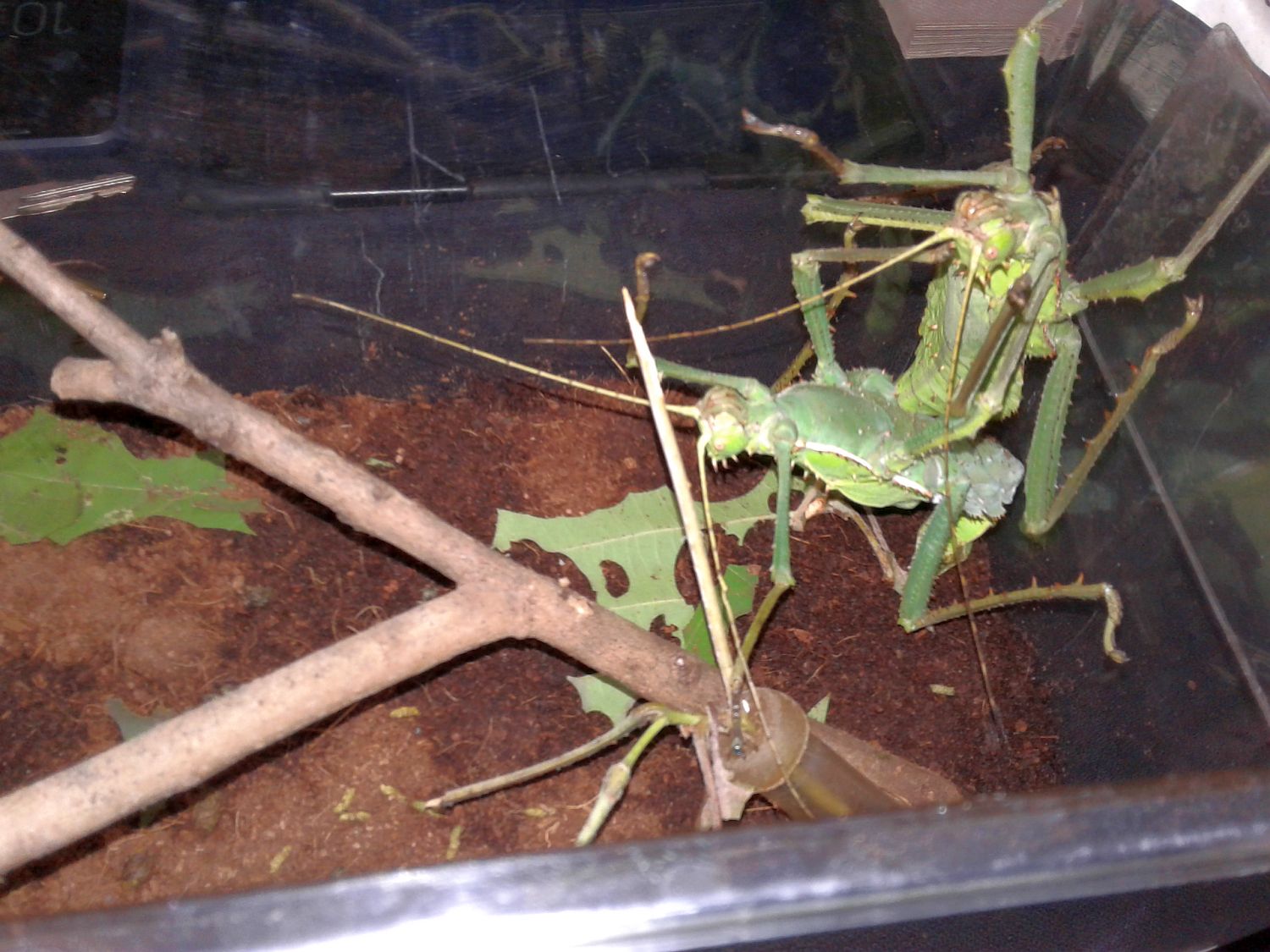 Following the festival, I did maintenance on a few of my nearby geocaches. Then we had to hit to road for Reidsville, to meet friends Suntigres (a.k.a. Bridget) and BigG7777 (a.k.a. Gerry) for lunch at The Celtic Fringe. The bugs hadn't spoiled my appetite, though — both Bridget and I availed ourselves to their Welsh Dragon Burger, which comes adorned with Carolina Reaper Pepper sauce. That is hot, hot, HOT stuff, I can tell you. It's the best burger in the world. Bridget and I laughed. We cried. We cried A LOT. And I brought some of that sauce home so I can cry all over again. Scorpion stings ain't got nothing on this hot stuff.

We concluded our outing by visiting the Patrick-Watson graveyard, which is a tiny little boneyard in the remote woods between Greensboro and Reidsville. I had already found the geocache there, but Gerry & Bridget still needed it. They made short work of the cache, and we spent some pleasant time out there among the dead. Brugger made some rubbings of the old gravestones (which date back to the late 18th/early 19th centuries).

Despite the allure of the grave sites, we left no man (or woman) behind, and back home we came. It's already been a busy and satisfying weekend, and there is more geocaching on the docket for tomorrow. Till then, be goot!