Simon Clark's The Night of the Triffids 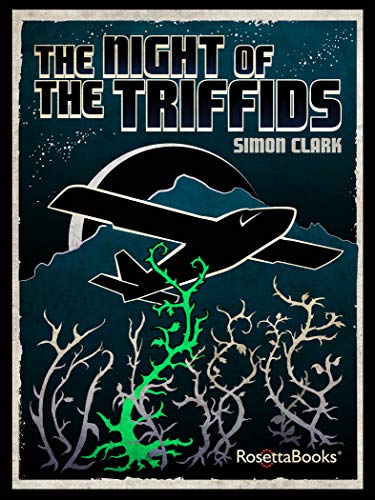 John Wyndham's landmark novel The Day of the Triffids (1951) holds its rightful place as a classic of science-fiction literature and has been a personal favorite since I first read it in my mid-teens. I cracked its covers last in my early 30s, and now I'm kind of feeling the need to revisit it — mainly because I recently (re-)watched the 2009 two-part movie starring Dougray Scott, Joely Richardson, Eddie Izzard. That one is occasionally true to the spirit, though certainly not the details, of Wyndham's novel, although it's unquestionably truer than the 1962 film, which I still love in spite of its myriad foibles — especially since it opened my eyes to the joyous horror of these mobile, venomous, and possibly intelligent plants (see Triffidus Celestus, October 23, 2013 for a personal retrospective of that film). Rather significantly, watching the 2009 film jolted my brain into remembering I owned the Kindle edition of Simon Clark's sequel, The Night of the Triffids (2001), which I had picked up back when the e-book was first released.

Clark's novel takes place 30 years after the events of The Day of the Triffids, the protagonist being David Masen, son of the original novel's protagonist, Bill Masen. After "The Blinding" from Wyndham's book — a celestial lightshow that resulted in most of the world's population going blind — only a handful of settlements of sighted people exist around the world. Most of the planet has devolved into a wasteland, inhabited only by the triffids. The Masens have settled on the Isle of Wight, which has slowly but surely developed into a self-sufficient community. David, not sharing his father's proclivity for scientific innovation, works as a pilot for the island's small defense force, which is kept to fend off occasional raiders from other settlements.

One morning, Masen awakes to find an inexplicable, total darkness has fallen over the world. He goes up in a jet, hoping to ascend above this atmospheric enigma, but his plane ends up crashing on a bizarre, floating shelf of vegetation. Here, he discovers a young woman of mysterious origin, with a limited ability to communicate. And triffids. Lots of triffids, intent on snacking on a pair of helpless humans. In the nick of time, a passing ship picks them up, crewed by members of another sighted community. However, rather than returning David and the girl, Christina, to the Isle of Wight, the vessel's captain cites an unnamed emergency and transports them to New York City, which appears to have been restored almost to its pre-Blinding glory.

Here, David meets a young woman named Kerris Baedecker, and the two develop strong feelings for each other. But David soon discovers that this thriving, vibrant New York is but a facade for something much darker. He meets the political and military leader of the city, a man named Torrence — coincidentally, an old enemy of his father's — whose designs for civilization, as well as the young woman David brought with him from the floating island, are anything but benign. David finds himself forced to join a group of unlikely allies to prevent Torrance's influence from spreading as far as his home, and to overcome the escalating threat of the triffids, whose ability to adapt and evolve baffles even those scientists whose lives are devoted to studying them.

Given the original novel's stature, creating a worthy successor would be a daunting task for most any author. Clark does an admirable job with his narrative voice, and the story generally moves at a balanced pace, combining well-developed atmosphere with compelling drama. His triffids retain their horrifying character from the original novel and also display a few added "features" as they rapidly evolve in a world where they are the dominate species. Their climactic appearance makes for an effective surprise, although imbuing the plants with intelligence enough to affect their own evolution seems a bit contrived. Wyndham's triffids remained primarily in the background, a deadly but less prevalent threat to the struggling human race. While there is plenty of human conflict in Clark's novel, the triffids play a more integral part in these conflicts' outcomes.

Clark draws his characters with an assured hand; David Masen, in particular, is easy to accept as Bill Masen's son, with similar mannerisms and thought processes. His recon flight into the heights of the atmosphere, culminating in a harrowing crash landing, is one of the best scenes in the novel. Once he meets the ship's crew — who will take on important roles as the plot progresses — and we see him interact with others of unknown alliances, the real human drama begins. His relationship with Kerris Baedecker blossoms at disconcerting speed, and though her character displays inner strength, at times she seems more a cipher, an object to motivate Masen to action when he needs a little extra oompf.

Moving the setting from Great Britain to the United States doesn't quite seem the ticket for this book. The restored New York never rings true, especially its "dual" nature. This bit bears the hallmarks of a mediocre Hollywood post-apocalyptic movie, rather than a logical continuation, or expansion, of the world as it might develop following The Blinding. The return of Torrence, a minor character in the original, also seems a forced attempt to tie the books together, given the improbability of this cold-hearted but basically petty gentleman assuming such a strategic position in society.

The most unsatisfying aspect of the story is the mysterious darkness — the very "night" of the title — which falls over the earth in the beginning chapter. Clark explains it away as the result of a passing comet, and once done, it no longer plays a part in the drama. Its presence seems nothing more than a device that allows the book to open on a disconcerting note, and then, once the story has progressed, it is conveniently swept away. It has no appreciable impact on events after the first third of the novel.

That Clark respects his source material is clear, and he does present some masterfully rendered moments, such as the jet recon of the atmospheric darkness; the floating, floral island where he finds his mysterious companion; several up-close-and-personal encounters with the triffids themselves. Perhaps it's fair to say the novel succeeds as a thriller in its right more than it does as a sequel to a literary classic. 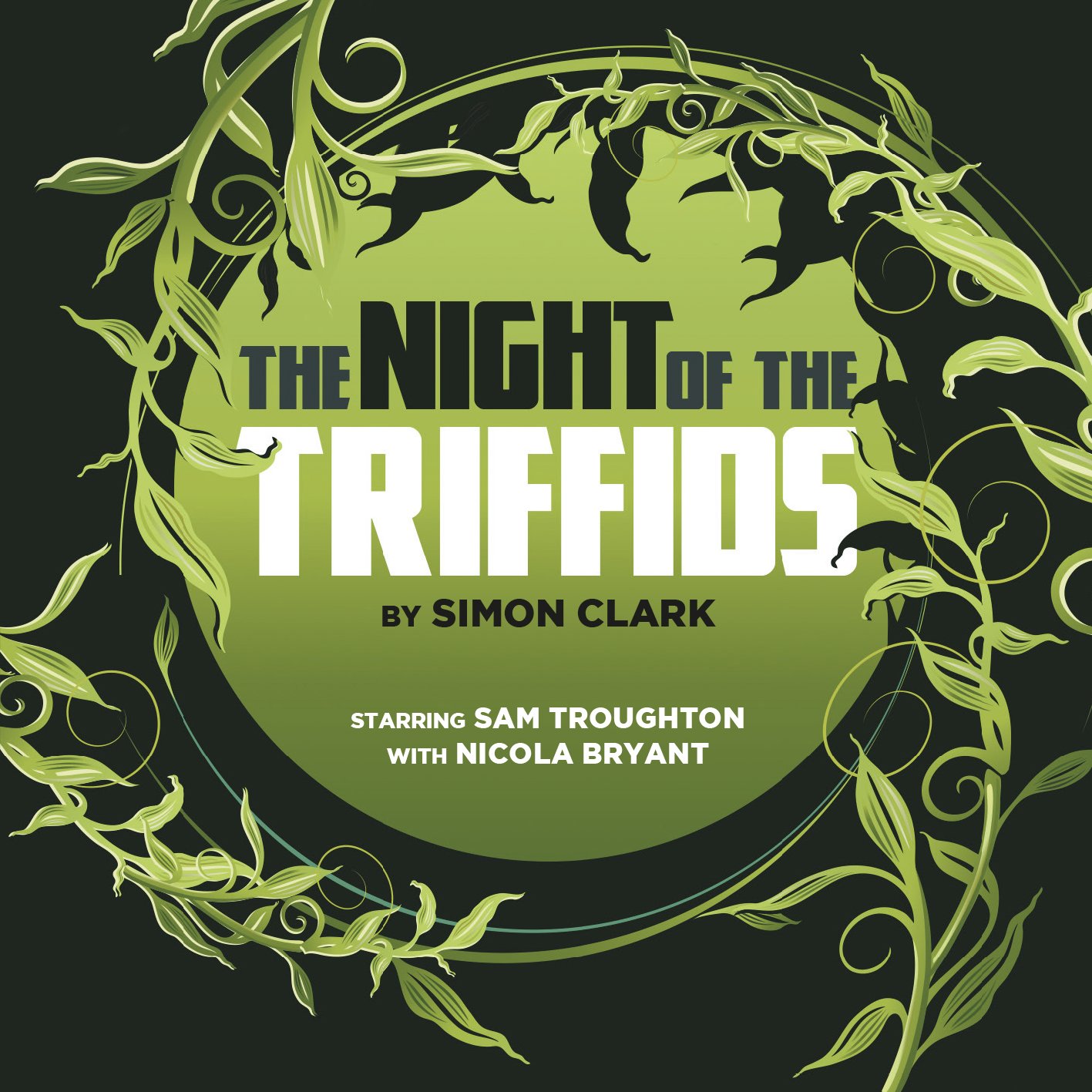 The Night of the Triffids is readily available in paperback, specialty hardback, and e-book editions. Big Finish, who produces the Dark Shadows audio drama series to which I've contributed three entries, has produced an audio version of this novel as well.

Let's give this one a mixed rating: 2.5 out of 5 as a sequel to The Day of the Triffids, and 3.5 out of 5 as an action-filled, post-apocalyptic thriller.
Posted by Stephen Mark Rainey at 9:14 PM