A Graveside Chat with Maurice Broaddus

Maurice Broaddus is a best-selling author, Afrofuturist, minister, teacher, and community organizer — among many other endeavors, magnanimous as well as fiendish. His work has appeared in Asimov’s Science Fiction, Cemetery Dance, Fiyah Magazine of Black Speculative Fiction, Apex Magazine, Black Static, Weird Tales, Fantasy & Science Fiction, and others. His books have been lauded by The New York Times and The Washington Post. And these accomplishments barely touch the tip of the iceberg. Maurice was kind enough to take some time to share his thoughts for this edition of A Graveside Chat. Buckle up and read on! 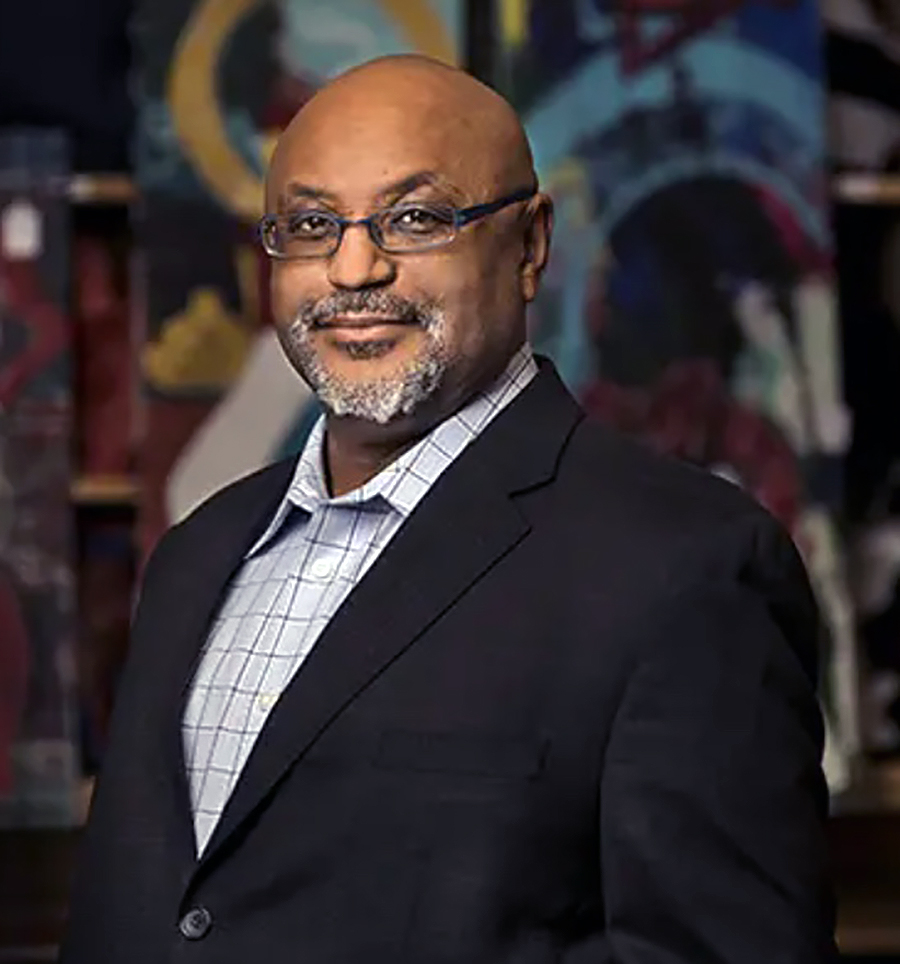 AGC: As an author, you have an impressive catalog of works under your belt (not to say you are overweight or anything). What drew you to become a writer — particularly about the most frightening side of humanity? Looking back, can you pinpoint any particular authors — or other individuals — who inspired you?

MB: I have been writing for as long as I can remember. In second grade — when our family arrived in the U.S. from England — my teacher didn’t know what to do with me. She had an overloaded class and I could be a handful since I was easily bored. So she put my desk in a corner, gave me a stack of paper, and just told me to “create.” I guess I’ve been doing that ever since.

My Sunday School teacher in fourth grade was probably my first nudge in the horror direction, as he was a closet horror and comic book fan (and in that church, you had to be in the closet if you were into “that demonic stuff”). Let’s face it, the story of Noah and the flood was my first exposure to a postapocalyptic story! The first story I remember writing was in fifth grade called “The Big Mac Attacker,” the tale of a burger being eaten… from the burger’s perspective.

It was my senior year in high school and my A.P. English teacher encouraged me to read Edgar Allan Poe after reading some of my (admittedly, angst-ridden) dark short stories. He kept introducing me to new authors to challenge me (he assigned me Bram Stoker’s Dracula), really encouraged me to think about writing seriously. I was pretty much locked in from there.

I was a huge comic book collector, with Neil Gaiman’s Sandman being a favorite. In college, I tried giving up writing, but after a few years, I came back to it. I did an independent study course and was randomly paired with a professor who, as it turned out, did his dissertation on Stephen King and Clive Barker. That’s when I knew I was on the right path. 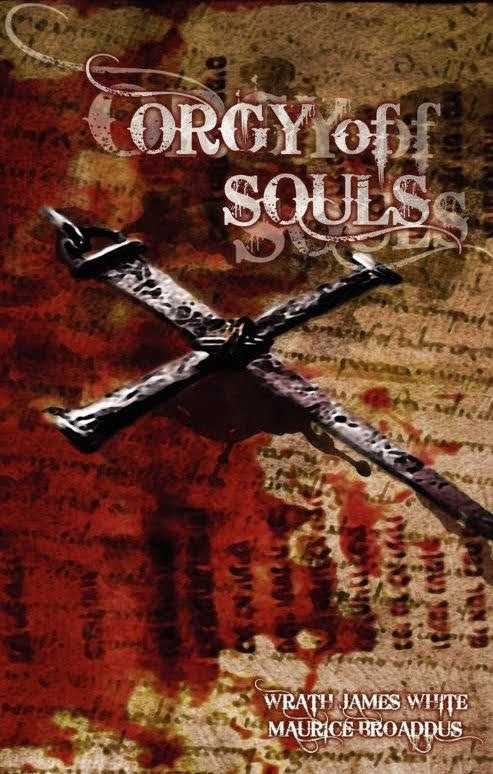 AGC: You’ve been called (quite lovingly, I can safely say) “The Sinister Minister,” given your role in your church and in the Christian community. I know you’ve talked about this many times, but can you speak a little about your views on horror and religion, and how they are inextricably fused?

MB: Basically, I believe we’re in a Story, written by an Author, who is wooing us to connect with Him. It’s a tale of flawed people, who were created (in God’s image), for great things (to join in with that Author in a mission to redeem the world), who sometimes encounter things that interfere with their journey: sometimes themselves, sometimes others, and sometimes An Other.

Faith is never easy, and I tend to have more questions than answers. I think that’s the most critical part of anyone’s spiritual journey — walking that line of tension between holding on during times of doubt and questioning. I think one of the best ways to explore that tension is in story. (The Bible does it too: the book of Job was probably the first book written, and it’s all about faith, doubt, and frustrated questions. And quite the horror story when you think about it.)

I guess you could say that in some ways, I’m working out my own spiritual journey in front of my readers. And sharing my nightmares. 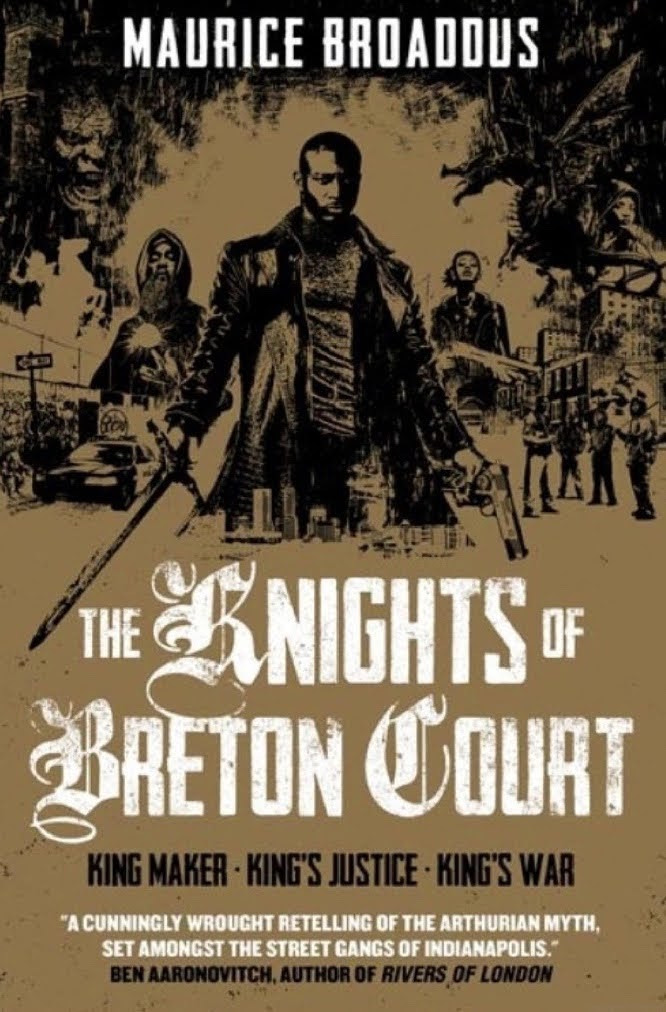 AGC: You have been — and are — very active as a teacher and a community leader. Your writing clearly draws on your rich and plentiful experiences with these endeavors. Can you tell us something about any pivotal or memorable experiences that have evolved into your stories and books?

MB: This has been the case for me for nearly ALL of my work. I process my feelings and life in story. Probably the most personal example was my story “Bound By Sorrow” which was me processing the death of my sister and my father. But that’s simply my process, from my first published novels, the Knights of Breton Court trilogy, being loosely based on my time working for the homeless teen ministry Outreach Inc; to my current trilogy, Astra Black, based on my work in the community through the Kheprw Institute.

For a long time, I struggled with the notion that “I’m only a writer, what can I do?” But what it boils down to is empowering agency: start where you are with what you have. With my neighbors, with my students, whoever I meet, I try to see, learn, and love the person in front of me. Get to know the gifts and talents they bring to the community.

My community work informs my writing and my writing informs my community work. One of the things that I’m doing is mentoring young creatives to be the next generation of dreamers, storytellers, and vision casters. Because that’s the work of art informing community work and community work informing the art. The merger of art and social practices, artists and activists. In order to create radical change, we have to be able to envision it. So, we dream the possible future, cast a vision of what a better tomorrow could look like, and then start making steps, charting a course to get there. Being a resident Afrofuturist of a community organization represents a public statement of the attitude and mindset of the organization and community. It’s about creating desired future states in the present by constantly re-imagining the work and the way we move through the world.

Let’s look at my two most recent works. My latest middle-grade novel, Unfadeable, was inspired by my mentoring one of my former middle school students. My latest story in Uncanny Magazine, “Spirit Folks,” was co-written with another former student as a way to process some of the things she was going through.

AGC: What was the greatest piece of advice you ever got about writing? 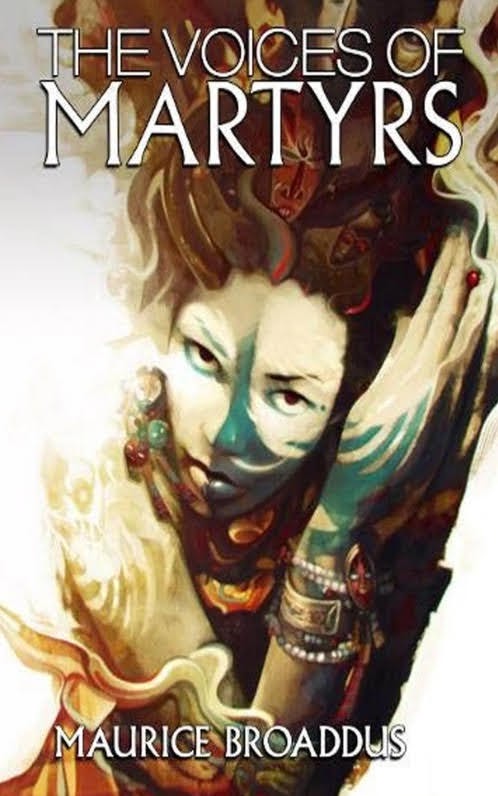 AGC: I was privileged to attend Mo*Con some years ago, and it was one of my most memorable — and enjoyable — gatherings of creative souls. Tell us a little about how Mo*Con came to be. I know that, for a spell, circumstances resulted in No*Con(!), rather than Mo*Con, but do you have plans to resurrect/continue this traditional (and I know, for you, surely physically and probably emotionally fatiguing) gathering in the coming days and years?

MB: Whenever there is a writer’s convention, there are always room parties at night, where people unwind, lower their guards, and have great conversations over food and drinks. Mo*Con is like that room party for a whole weekend. What also makes it different is that it takes place in a church. So we have all these horror, science fiction, and fantasy writers from various spiritual backgrounds who come together and hang out all weekend in a church. We have a couple of panel discussions ranging from spiritual issues to social issues to writing issues all over meals.

Mo*Con has evolved over time. We took a hiatus after year ten. I thought I was retired from it. After the first year of not doing it, folks wanted to at least gather. So we started “No*Con,” which basically meant “I wasn’t planning anything but if folks wanted to come by my house, we could hang out.” When fifty people showed up, we decided at that rate, we might as well do Mo*Con. We brought it back with more of an eye of being a community support: the art in the space done by black artists, food catered by different black caterers, and even having our own in-house vintner (who DEFINITELY was not used to folks who bought wine by the bottle... the MANY bottles). The pandemic brought another hiatus and this year we did another No*Con. But it’s looking like we’ll be doing Mo*Con again starting next year. It’s very much a time rooted in getting to know one another and one of the highlights of my year.

AGC: Thank you, Maurice. This was a pleasure! 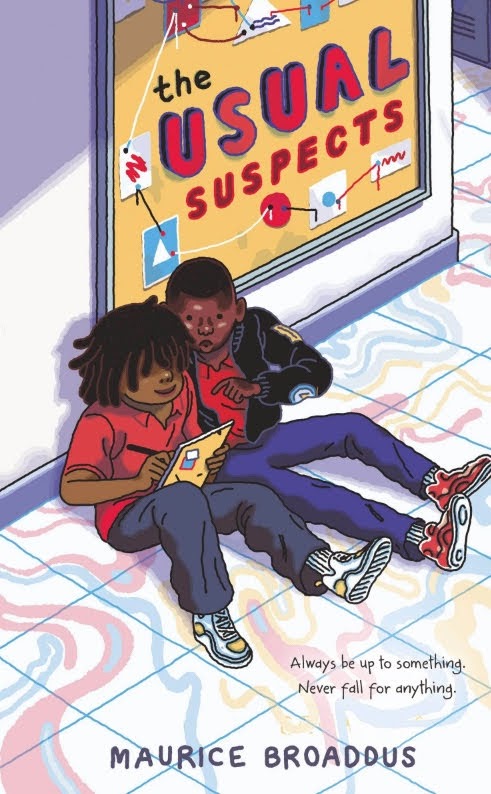 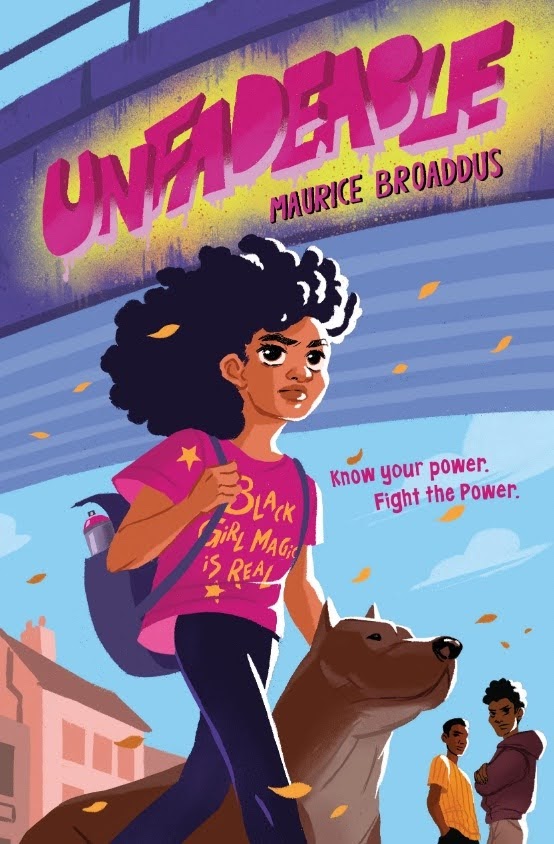 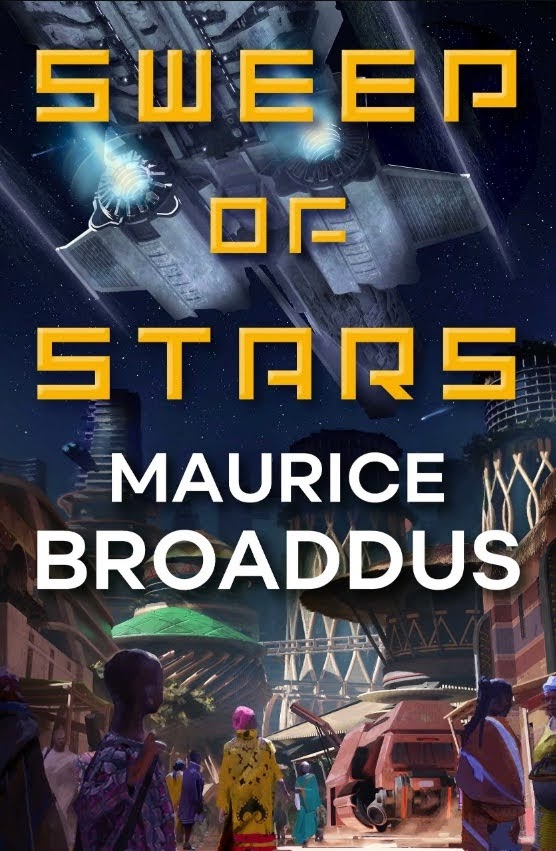