A Graveside Chat with Tim Waggoner

Tim Waggoner is a prolific author, with a hefty catalog of original novels; media tie-in novels for Supernatural, Grimm, The X-Files, Doctor Who, A Nightmare on Elm Street, and Transformers; and novelizations for the films Resident Evil: The Final Chapter, Kingsmen: The Golden Circle, and Halloween Kills. He has been a newspaper reporter, magazine editor, and copy editor, and he is currently a professor of English at Sinclair Community College in Dayton, Ohio. Tim’s writing has won numerous awards, including three HWA Bram Stoker Awards. So, Tim, a big welcome to this edition of A Graveside Chat! 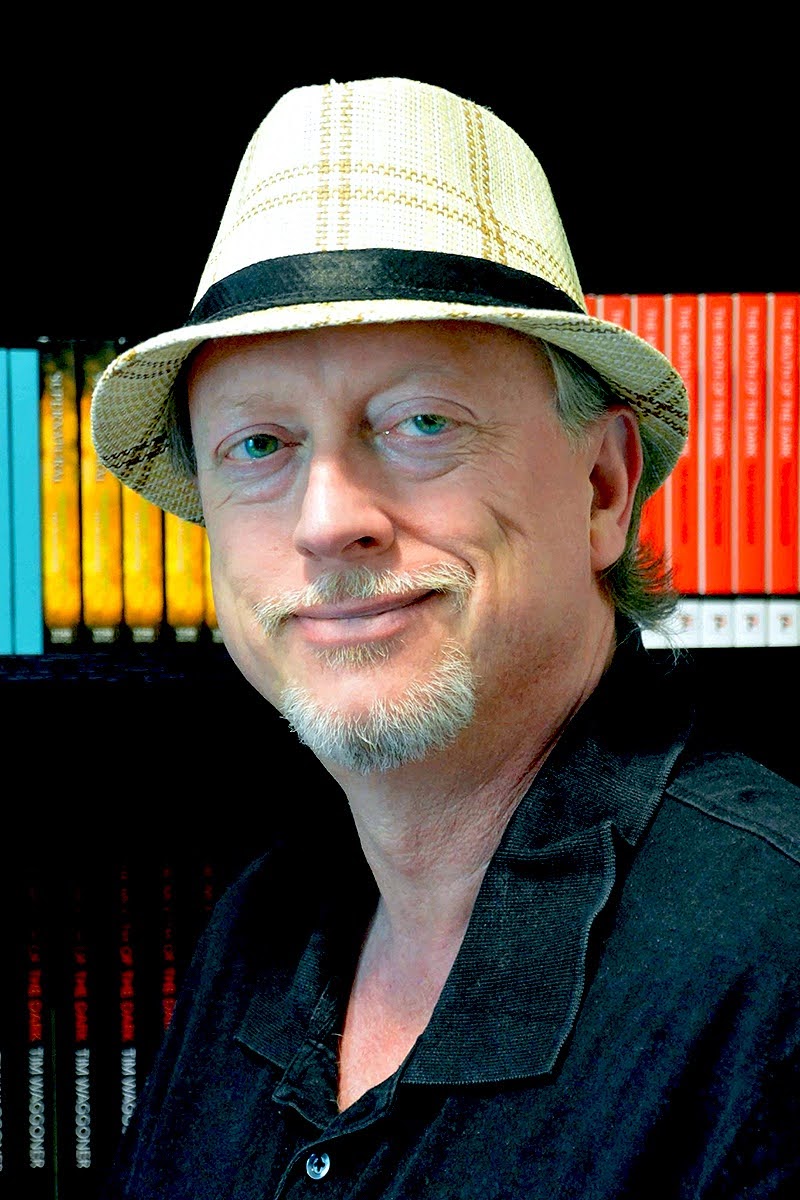 AGC: A fair portion of your published work is media-related — tie-in novels and movie novelizations. You clearly have worked in some popular and highly entertaining franchises. Beyond the requisite paycheck, what drew you to pursue this particular creative outlet? Have you pursued writing for any of these franchises due to your own personal interest, or was it more a matter of opportunities being available and you happened to be the right writer for the job?

TW: I’m 58, and when I was a kid, there was no cable TV, no video rental stores, no Internet, no social media, no YouTube. The only way for us to experience more adventures of our favorite movie and TV heroes was in media tie-ins — novelizations, novels, and comics. I read the old Gold Key Star Trek, Lost in Space, and Dark Shadows comics, and later I started reading novelizations, a lot of them by Alan Dean Foster, as well as Dungeon & Dragons and Star Trek novels. Not only did I enjoy getting to read more about these properties, the writers were able to tell stories they couldn’t in TV and movies, going into more details, and — my favorite part — letting us know what the characters were thinking and feeling.
When I started writing seriously, with the intention of making it my life’s work, I decided to try writing different types of things to increase my chances of success, and one of those things was tie-in novels. At first, I pursued tie-ins for properties I was interested in — such as novels in various D&D game settings (I wrote and published seven of those). Sometimes I still do that, but other times publishers approach me about doing a tie-in, and those may be for properties I’m unfamiliar with or wouldn’t have thought about trying to write, but I’ve enjoyed those as much as any others I’ve done. I still haven’t got to write a Star Trek novel, damn it, even though I’ve tried to snag a Trek gig on and off for years! 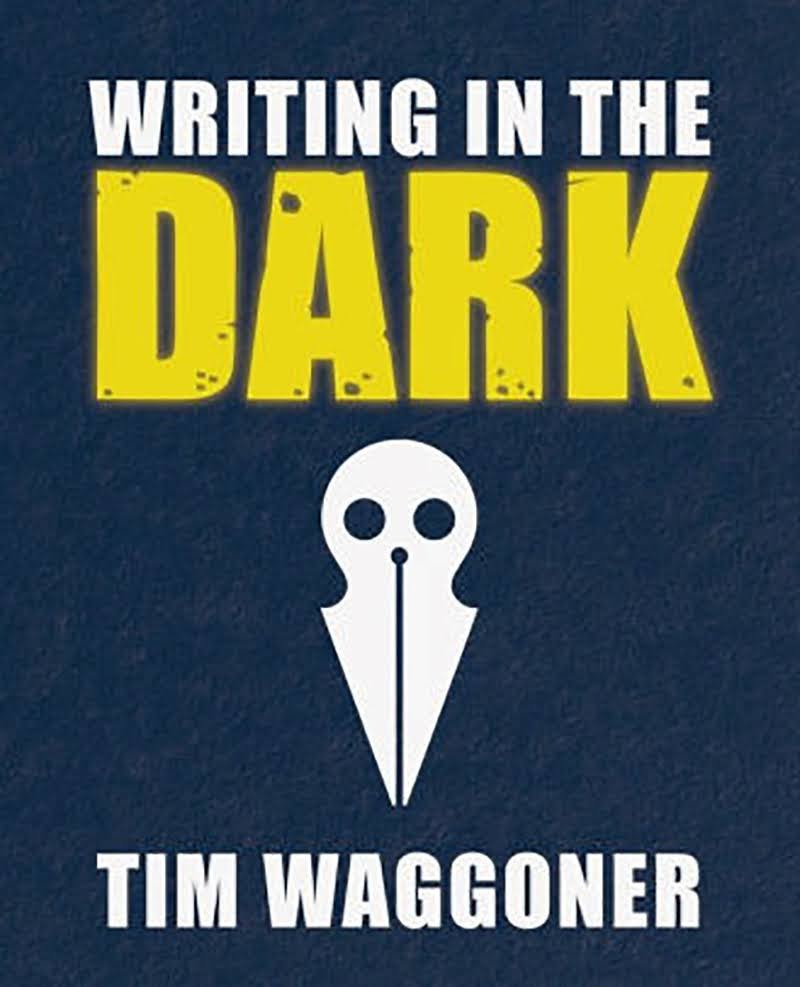 AGC: You’ve written numerous nonfiction articles and books, such as Writing in the Dark, about the process of writing. Is it safe to assume you are as passionate about sharing your knowledge of writing as you are about storytelling? What would you consider the first and best piece of advice for someone looking to test the waters as a writer?
TW: I fell in love with writing about writing when I first started reading Lawrence Block’s columns on fiction writing in Writer’s Digest in the early 80s. I found his advice warm, encouraging, and entertaining, and it really helped me grow as a writer. I’m a college writing teacher in my day job (composition and creative writing), so sharing knowledge and helping others is a key part of who I am.
As for advice, I’d say learn to write vivid fiction, fiction written from a clear, specific viewpoint, making sure to include the five senses, as well as what characters think, feel, imagine, etc. Too many beginning fiction writers write like they’re watching a movie. That’s a passive experience, with us as an inactive audience watching from a distance as someone else does something. The only senses we have stimulated are sight and sound, and we have no idea what’s going on in characters’ heads unless they tell us in dialogue. Fiction writers need to put themselves into their characters’ places and imagine what they might be experiencing — mentally, emotionally, and physically, then use those details to create a vivid experience for their readers. The strength of prose fiction is that it does things no other medium can do — it makes readers active participants in creating the story as they read it, and writers need to give them the details to stimulate their imaginations to do so. Writing vivid fiction helps us do this. 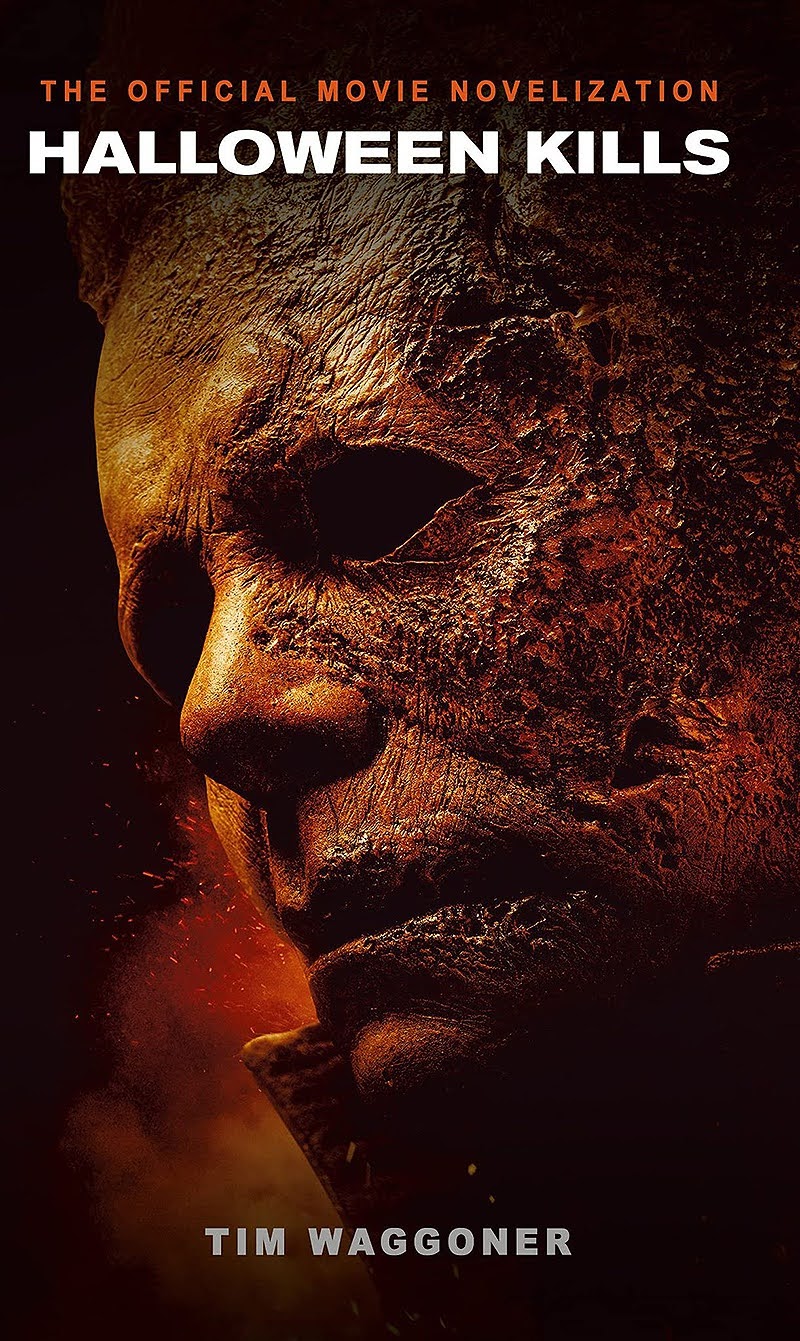 AGC: In your blog, “Writing in the Dark,” you frequently delve into the relevance of horror — and fiction in general — in today’s world. Your first novel, Dying for It, came out in 2001. In the intervening years, the world of publishing — not to mention the world in general — has evolved (or perhaps devolved, in some cases) by leaps and bounds. How has this ongoing transformation impacted the process and content of your writing?
TW: When I first started out, the common wisdom was that novelists would write their first book, get it published, and then since editors knew you were a pro, you could sell new novels to them on the basis of a short pitch or outline, maybe with a few sample chapters if they requested them. All the novels I’ve sold for the last twenty years have been on the basis of pitches and outlines. (Tie-ins are always done this way since you’re working with other people’s IPs, and they need to approve what you do every step of the way.) Over the years publishers have gotten more conservative in the risks they’re willing to take. A big part of this is that now the sales force has to approve a book — they have to believe they can sell it to the public effectively — before the editor can make an offer. Those people aren’t typically creative people, so the decisions they make will be based solely on financial concerns. So mass-market editors don’t take chances on as many weird, quirky, original projects as they used to. They’re also not issuing contracts based on outlines from pros, even if you have a long track record as a novelist. If they haven’t worked with you before, they want to see an entire finished novel, just as they would from someone just starting out.
Since I like to write weird stuff, I often sell to small-press publishers, who are more interested in the artistic aspect of publishing than money. There’s not a lot of money in the small press, so if I tried to make my entire income from my writing, it would be disastrous financially. Many mass-market publishers have been swallowed up in mergers, so there are fewer places to submit novels, and the midlist — where most writers made their living — has all but vanished. In horror, thankfully, the small press is strong and offers a lot of opportunities for writers, both new and established. 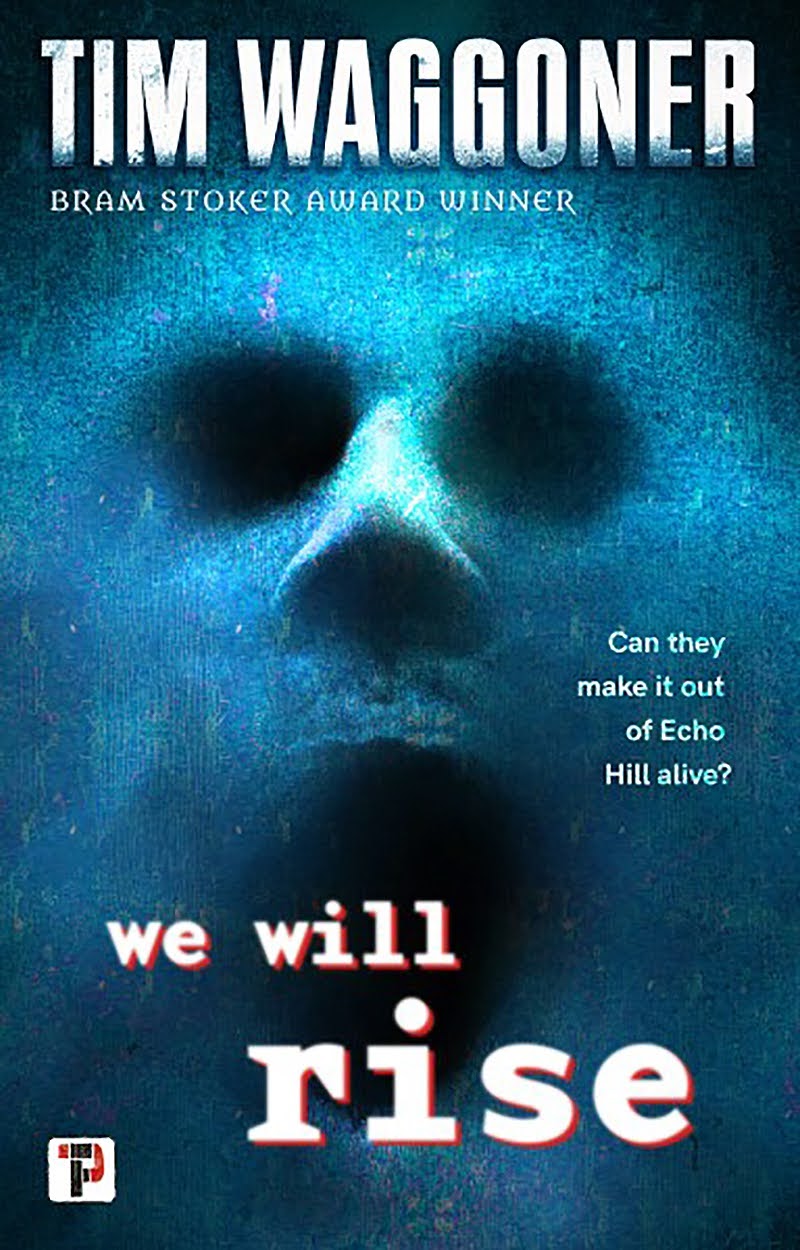 AGC: Where do you see yourself heading creatively in the coming days, months, and years? Do you have any projects on the horizon you’d be willing to talk about?
TW: I have two finished horror novels in the pipeline at Flame Tree Press: A Hunter Called Night and Lord of the Feast. They won’t be out until 2023 and 2024, though. I have a trilogy of urban fantasy/horror novels coming out from Aethon Books. I’ve submitted the first one, called The Atrocity Engine, but I don’t have a publication date for it yet. I still need to write the next two books in the series. I’m also trying to branch out a little, and in the last year I’ve written a thriller novel, a middle-grade horror novel, and I’m currently working on a fantasy novel. Since these are fields I’m not known for writing in, and because I’d be working with new editors, I’ve written (or will write) the entire novels before sending them out, instead of trying to sell them on a pitch and an outline, as I used to. I’m also trying to write work that’s less strange and bizarre and more marketable, which I hope will appeal to mass-market editors. We’ll see how it goes.
AGC: What’s the best piece of advice you have for someone who wants to start writing horror specifically, or who wants to write better horror?
TW: My advice is to write stories that come from your own fevered imagination — stories that are original and not just tired retreads of well-worn tropes such as vampires, haunted houses, vengeful ghosts, etc. (At least not without putting an original spin on such tropes.) A huge part of what makes horror work is a sense of the unknown, of mystery and suspense, and there’s little that’s unknown about a stereotypical zombie outbreak story. But if you write a story about an old person who grew up during a zombie outbreak that’s been long over, and they miss it for some weird reason and want to restart it, then you have an interesting story idea. Plus, this idea will have a strong emotional core because the central idea comes out of a character.
Write down your fears, your obsessions, your nightmares. Pay attention to the wonderfully bizarre world around you and write down what you see. Look over all these notes when it's time to write a story or a novel, pick several, combine them, add a strong emotional core, maybe one drawn from your own experience, put them all into a blender, mix them together, then pour them out onto the page. The story that results will be completely yours, not like anyone else’s, and it’s stories like these that have the best chance of getting published, and — more importantly — having a lasting impact on readers.
AGC: Thanks very much, Tim! 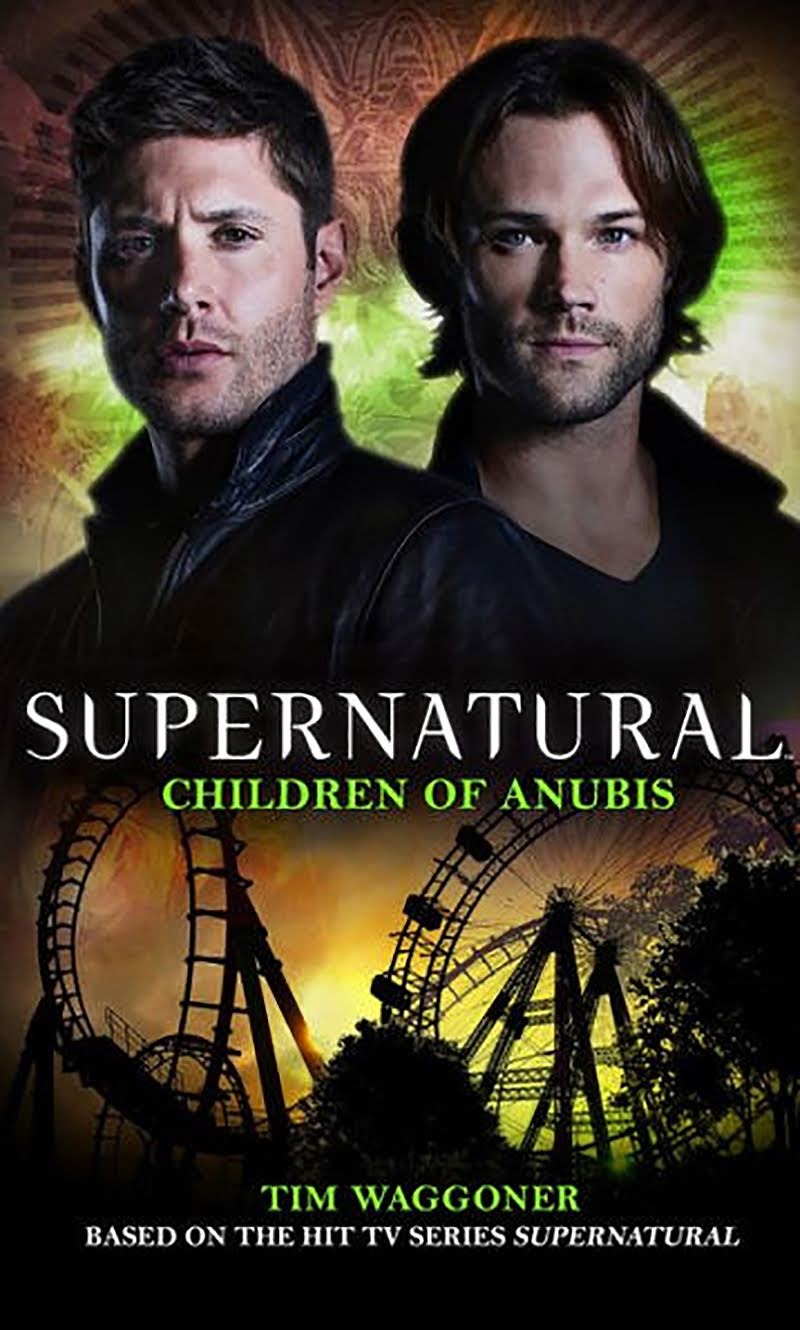 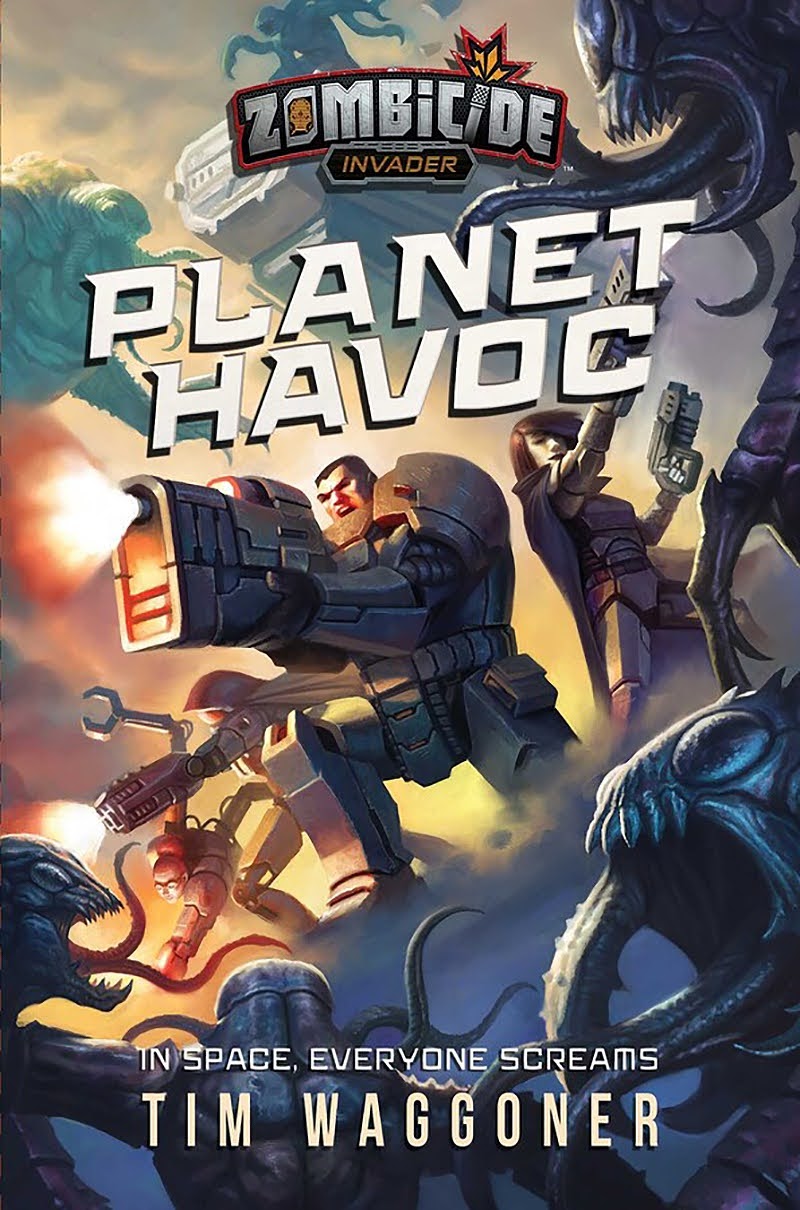 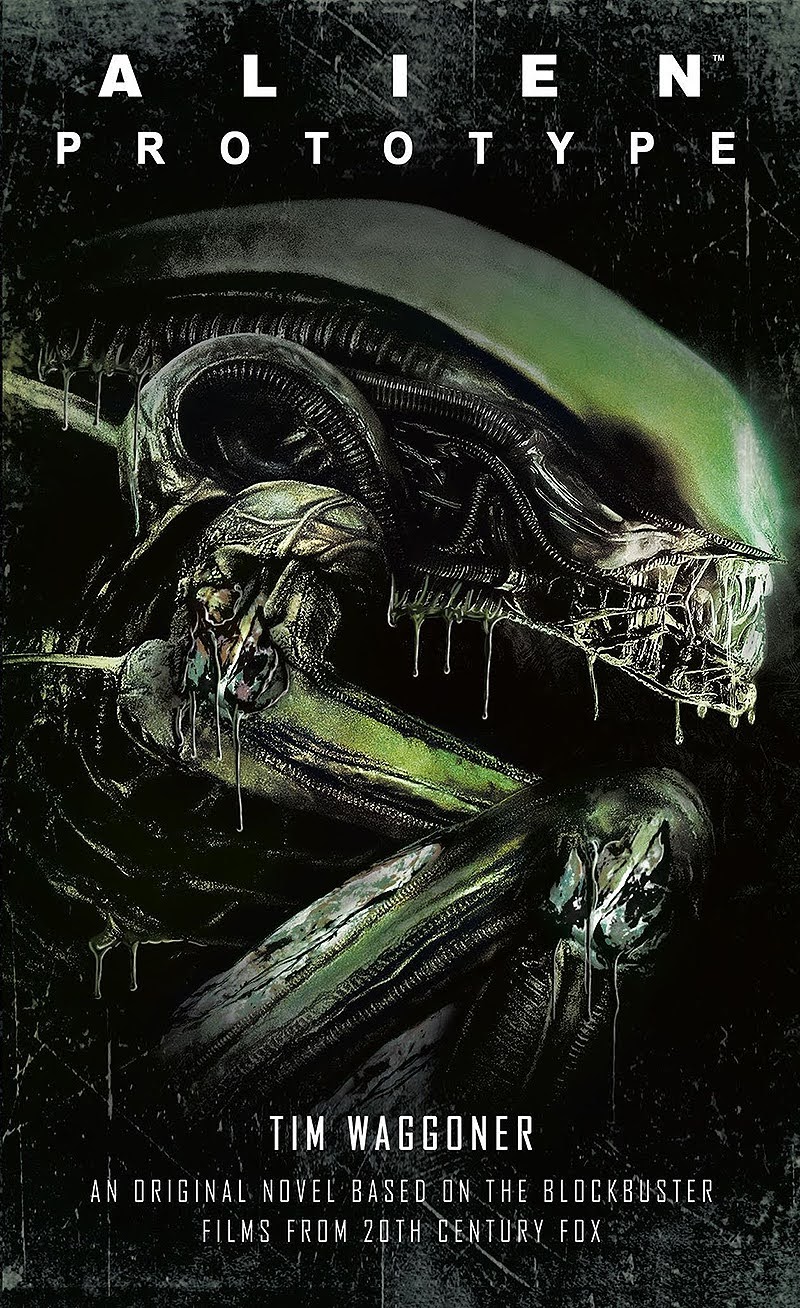 Visit Tim on the web at
timwaggoner.com.
Posted by Stephen Mark Rainey at 2:46 PM