A Day in Old Lynchburg 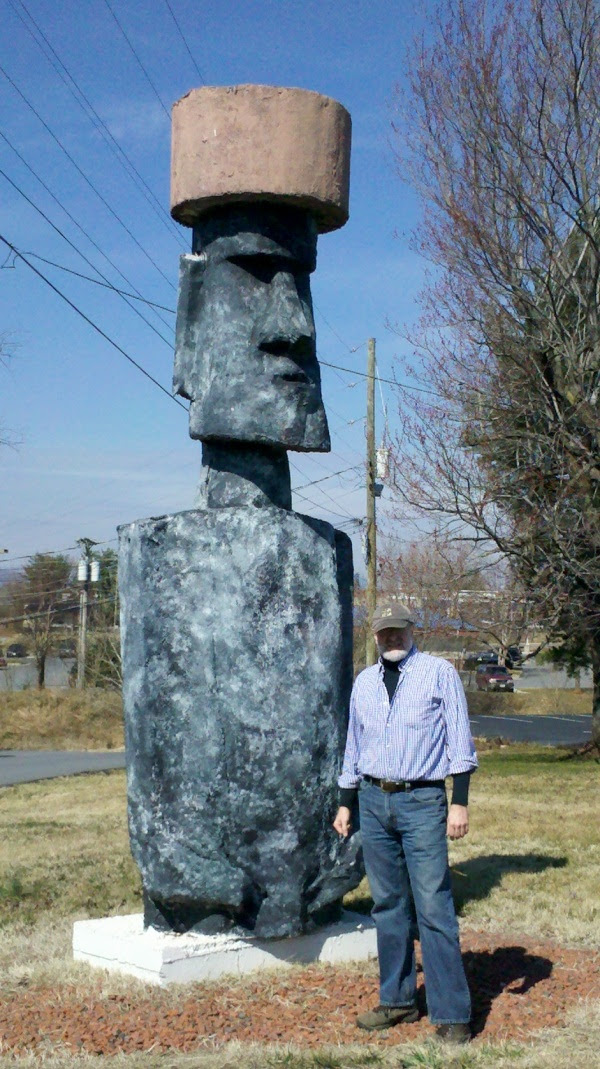 Headed out bright and early to meet good friends Elizabeth Massie and Cortney Skinner in Lynchburg, VA, for a fine day of geocaching. It started out pretty chilly—temp right at the freezing mark—but it warmed up nicely as the day went on, and we ended up signing our monikers on quite a few log sheets. Caching always takes one to intriguing settings, and I had no idea that a warp in the space/time continuum would drop us right smack into the middle of Easter Island. See the pic with me and the big old stone dude? That's Easter Island. No shit. There was even a sign on a nearby building that said so.

We discovered a cache at a very scenic, historic graveyard—The Old City Cemetery—which consists of four museums, 20,000-some graves (including 2,200 graves of Civil War soldiers), and an arboretum. It's also the site of the first public execution by hanging in Lynchburg. The criminal in question was strung up on the gallows, and as he fell, the rope broke, thus sparing his life—at least long enough for the hangman to give him a drink of water, lead him back to the gallows, and try it again, this time with somewhat more success. They weren't quite sure he was dead, so they let him hang for an hour. Take no chances, that's what I always say.

We had a mammoth-size lunch at IHOP; fortunately, we each got in enough hiking to burn off about a half-ounce of the maple syrup on the pancakes. Good stuff. On the way home, I stopped for a couple of more caches in Alta Vista, just south of Lynchburg, and then it was back on the road. All in all, that's what I call an entertaining day. 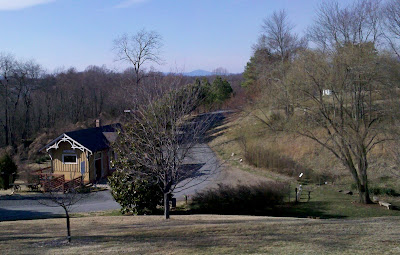 The old Stapleton Train Station, now a museum at the Old City Cemetery 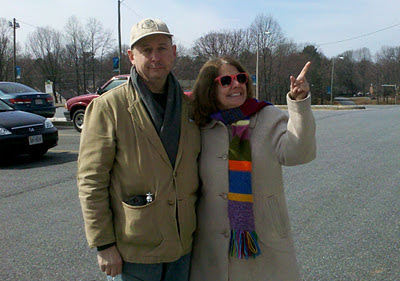 You'd think Ms. Massie is pointing to something exciting and fantastic. She's not.
There's nothing up there. At all. Let's not tell her any different. 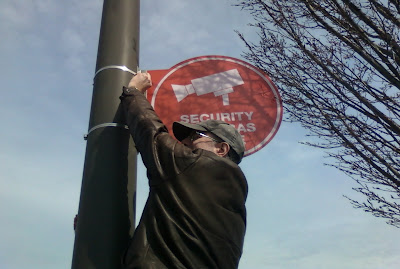 Oh, wait. Maybe she's pointing to some chap climbing a light pole.
That's something, I reckon....
Posted by Stephen Mark Rainey at 8:05 PM

I couldn't find the hanged guy's name, either. But what a story!!!

Had a blast with you today! Must cache again sune!

I know NOTHING about that nothing up there.

It was a blast. Thanks for the great company. :)