Hanging with the Creep 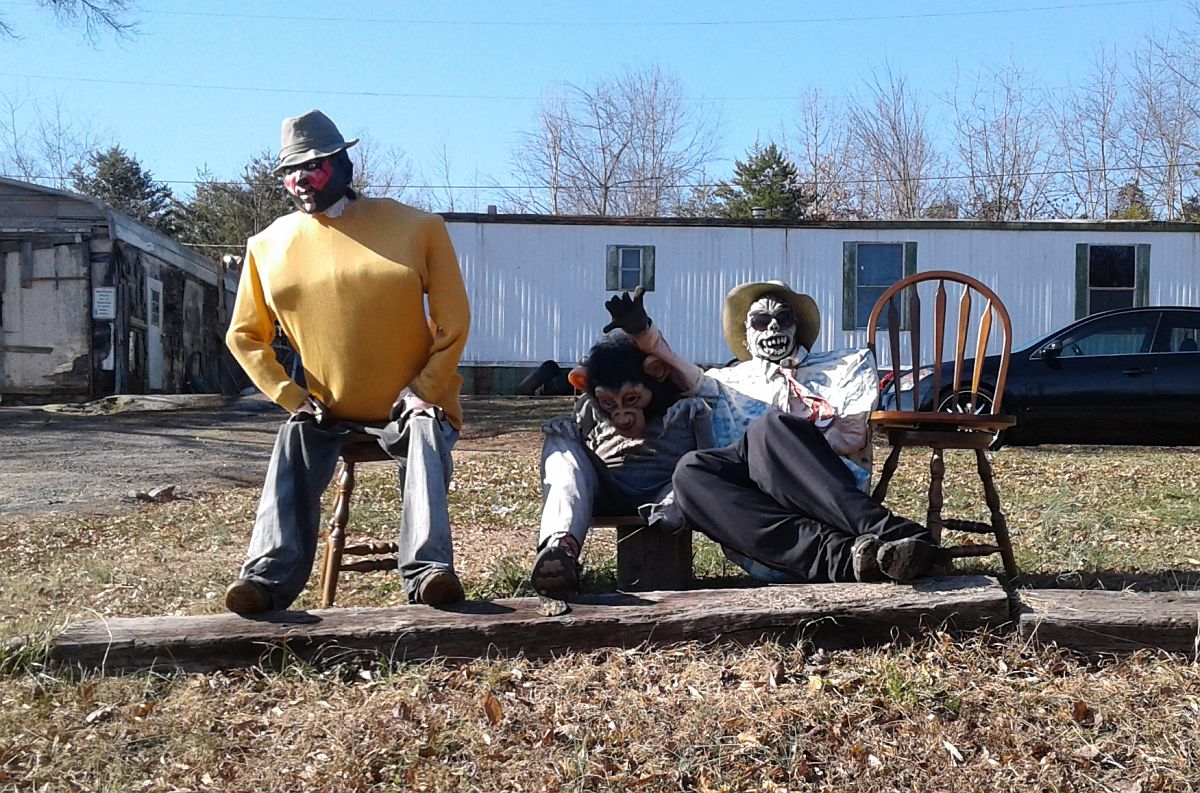 Several times a month, I pass the Sandy Level Creep (see October 24, 2015; March 11, 2016; and July 21, 2016) on my ways to and from Martinsville, and he while doesn't get out and about much, he does manage to attract entertaining company. When I went by today, a couple of new friends had dropped in to visit him.

I'm not sure of the Creep's origin — I think he was originally a Halloween guest who stayed past the holiday — but it's always nice to see him and his friends hanging out along Sandy Level Road, between Martinsville, VA, and Eden, NC. Good for a little Halloween spirit, 365 days a year.
Posted by Stephen Mark Rainey at 3:19 PM