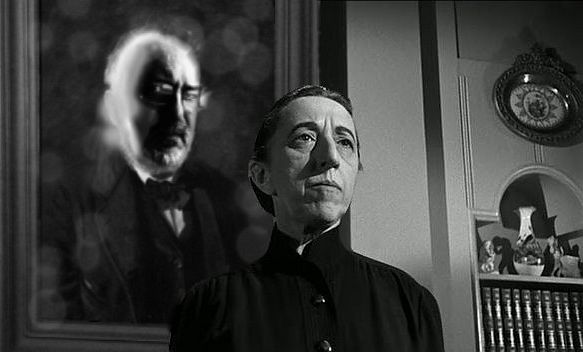 Moviemaker Myron Smith, of Martinsville, VA—co-director/producer of Young Blood (the novelization of which was penned by yours truly), Invasion of the Killer Cicadas, and a host of "Sweded" films, including The Wizard of Oz, Willy Wonka & Chocolate Factory, Alice in Wonderland, Night of the Living Dead, and others—has turned his efforts to a new, full-length movie called 39 Ghosts. This one is a parody of the original William Castle classic, 13 Ghosts, with nods to the 2001 remake as well. In this one, I play Dr. Abroz, the movie's counterpart of William Castle's Dr. Zorba. The filming was done yesterday in Martinsville, and you can bet I got all kinds of creepy. The script is full of chills, thrills, and a few good belly laughs. Filming will continue for the next few months, and the movie will likely see release later this year or early next.

Visit Myron's Facebook page here. There may still be parts available for those in the area who would like to participate. Contact Myron via Facebook, and stay tuned for updates here at the Blog Where Horror Dwells.
Posted by Stephen Mark Rainey at 7:12 PM