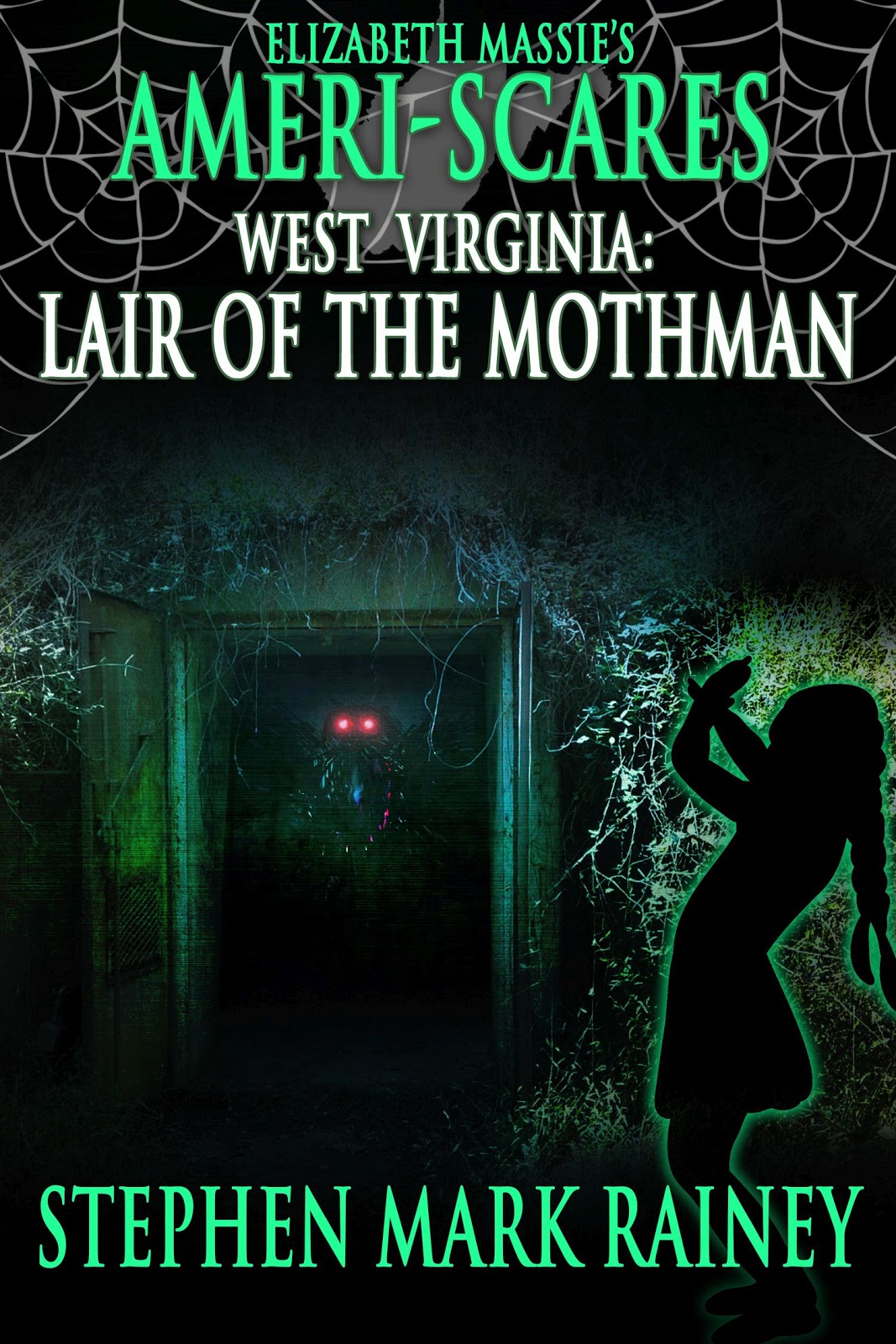 Here's another little excerpt from West Virginia: Lair of the Mothman, my first novel in Elizabeth Massie's Ameri-Scares series. In this scene, Vance and Marybeth, two thirteen-year-olds, and Vance's older brother, Zack, have just come out of a culvert after searching for a geocache....


Vance had never felt such relief as when he saw the windshield of Zack’s Buick gleaming faintly in the darkness. The more distance they had put between themselves and the culvert, the more his nerves had calmed. Still, he felt anything but relaxed in the chilly night air. When Zack popped the trunk and they stowed their gear inside, Vance thought—sadly—that he had never been so glad for a geocaching adventure to end.

Zack slid into the driver’s seat. Marybeth took the front passenger seat, and Vance fell into the back seat behind her. Zack glanced at him. “You, I don’t know about, but your girlfriend rocks.”

“She’s not my girlfriend.”

“I’m not his girlfriend,” Marybeth said.

“Whatever. We got first-to-find honors, a night cache, and an underground cache all in one. That’s not a bad night’s work.” Zack started the engine and shifted into reverse. As he began to turn the car around, he hit the brake. “Hey,” he said, and pointed into the trees off to the right. “I didn’t realize there were other reflectors out here.”

Vance and Marybeth both looked where he was pointing.

From high in the branches of the trees, two brilliant red eyes were peering down at them.

They were not bicycle reflectors, Vance thought.

“You two act like you’ve seen a ghost,” Zack said.

“Let’s get out of here,” he said to his brother. “I’ll tell you about it later.”

Zack shrugged and completed his turn. Then they were speeding east on Potter’s Creek Road, which led to the turnoff to Broad Run. Vance slid toward the driver’s side and peered out. There they were—two blazing red eyes—just beyond the nearest line of trees. Keeping pace with the car.

Zack’s head kept turning so he could look out at the brilliant red orbs. “Gotta be a bird of some kind. Big owl, maybe. A very, very big owl.”

“Or a sandhill crane,” Marybeth said. “That’s what some people thought it was. But it’s not. It’s not sandhill crane. Or an owl. Or a bird of any kind. Is it, Vance?”

“Suppose you two geniuses tell me what you think it is,” Zack said.

In the rearview mirror, his brother’s eyes narrowed as they bored into his. Then Zack started to laugh.


Check out West Virginia: Lair of the Mothman
at Amazon.com here.