Something About The Thing 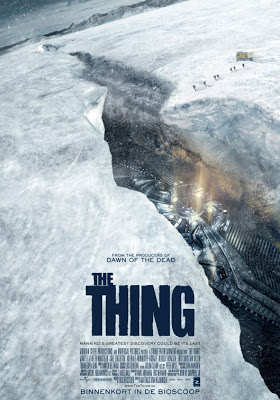 Along with Jacques Tourneur's Curse/Night of the Demon (1957), John Carpenter's The Thing (1982) is my all-time favorite horror movie. When The Thing came out in '82, it didn't exactly hit the right nerves with most viewers. I remember horror fans and the general public alike heaping disapproval on it for its grotesque visuals, its not-altogether-sympathetic characters, and its lack of tidy resolution. At the time, I understood these criticisms, but I loved the movie all the same. And of course, over the years, The Thing has taken its place as a classic work of cinematic horror. Rightfully so.

The Thing stood on its own brilliantly. It certainly didn't beg for prequel, sequel, or companion piece of any sort. But when 2011's The Thing, directed by Matthijs van Heijningen Jr., hit the theaters, there was no way in heaven or hell I was going to miss it. Prior to its release, I watched no trailers and avoided any and all press releases. I intentionally went into the theater knowing as little as possible about what was in store. (This is actually a practice I have adopted for most movies these days; quite the opposite of my younger days, when I would seek out anything and everything in advance of movies that looked exciting to me.)

I came out of this The Thing as happy as a clam. I enjoyed the hell out of it—and I still do. While not necessarily alone in my appreciation for the film, I seem to be in a minority, especially among fans of Carpenter's original. And that's fine, I reckon, although I've never quite understood the hate for it. True, it's louder (too much so, at least on the Blu-ray; whatever happened to decent sound engineering?) and gaudier. The characters, with a few exceptions, are not exceptional. The story offers material that is not so much new and original as intimately familiar. Yet, on almost every level, the movie works. As a standalone film, it takes its inspiration, as did Carpenter's original, from John W. Campbell's "Who Goes There." You get all the information you need to follow the plot and characters without having to watch a frame of the 1982 incarnation. As a prequel, it does a great job of setting up the events that came before the classic, usually with painstaking detail. Having just watched both movies, 2011 first, 1982 second, the flow between them is virtually seamless. 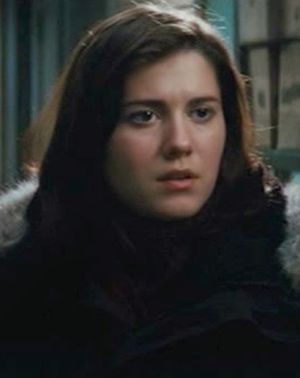 I was quite taken with the inclusion of Mary Elizabeth Winstead as paleontologist Kate Lloyd. She's a perfectly believable character, strong and resourceful without going over-the-top tough. The supporting cast—including Ulrich Thomsen as the driven, dictatorial Dr. Halvorsen; Joel Edgerton as American helicopter pilot Sam Carter, who befriends Kate; Kristofer Hivju (best known as Tormund Giantsbane in HBO's Game of Thrones) as polar ice researcher Jonas; Kim Bubbs as Juliette, a French researcher; and Jørgen Langhelle as Lars, who turns out to be one of the men in the helicopter chasing the dog at the beginning of Carpenter's film—all offer personalities distinctive enough to stand out amid the ensemble.

Much of the criticism I'm aware of centers on the CGI effects, often called outright "bad." As one who tends to not be a CGI aficionado, I absolutely disagree on this. While no effects in the film come near the technical brilliance achieved by SPFX masters Rob Bottin and Stan Winston in Carpenter's film, the CGI effects, far from being "bad," are generally beautifully executed. The creature designs reflect the shifting, insect-like character from Carpenter's movie while adding new physical permutations, such as the centipede-like "hand monster." At times, the critters move at lightning speed, which to me only increases the sense of panic. Those designs that need to be consistent with Carpenter's original, such as the "split-face" beast (whose origin I find absolutely horrifying) are visually consistent. But one of the film's most striking images comes when the horror inside the ice is first revealed—a shadowy suggestion of a spindly, insect-like form with clearly defined claws.

If I have any particular criticism of the film, it may be about the day/night cycle presented here. It's winter in Antarctica, though the days and nights appear to follow a normal 24 hour cycle as they would in distinctly non-polar latitudes.

As the plot unfolds, a sense of inevitable doom builds much as it did in Carpenter's film. There is something perhaps too familiar in the characters' attempt to create a test to determine who has been infected by the Thing, although the approach is different and novel enough to come across as anything but derivative. And there is a lot of flame-throwing. But as the Norwegian station personnel diminish in number, and we come closer to seeing the events that open Carpenter's film, that sense of inevitability becomes almost unbearable. The last moments of this film's plot are cut in among the closing credits—which I find an extremely effective technique here—and we know precisely where things must go from there: the opening scene of John Carpenter's 1982 The Thing.

Composer Marco Beltrami provides a tense, eerie soundtrack that at times reflects Ennio Morricone's 1982 score—which itself draws heavily on John Carpenter's own musical compositions. And in those climactic moments that lead up to the beginning of Carpenter's film, the familiar, distinctive notes of Morricone's opening theme tell us that we have come to that point where the film reels must change.

So, yes, I appreciate, admire, and enjoy Matthijs van Heijningen Jr.'s vision of The Thing. As far as I'm concerned it's The Real Thing. It's what came before Carpenter's masterpiece. It's canon. 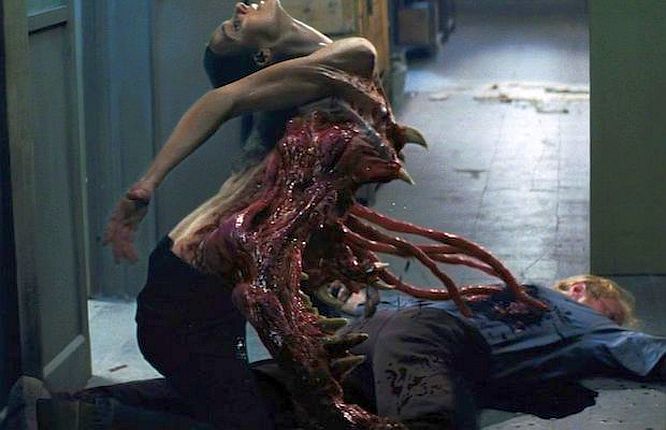 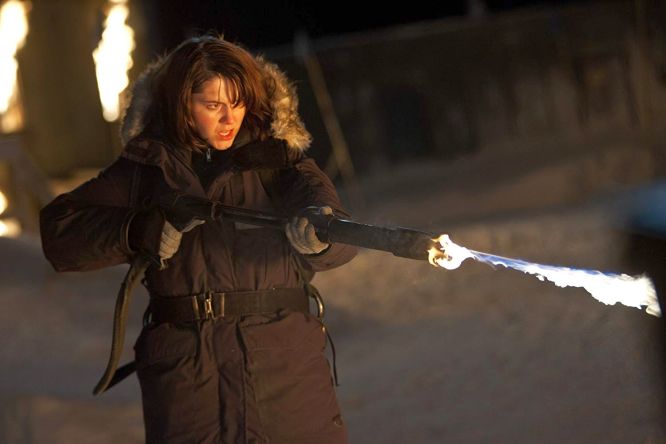 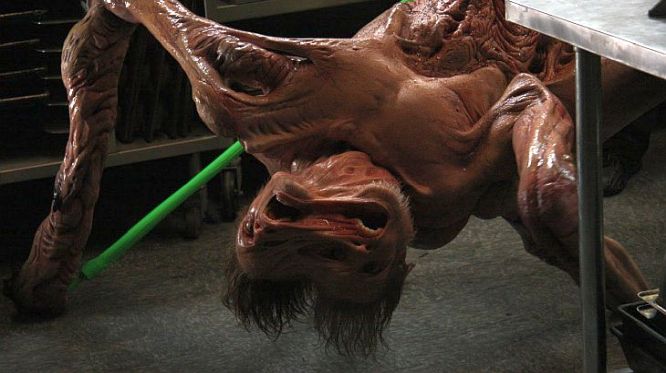