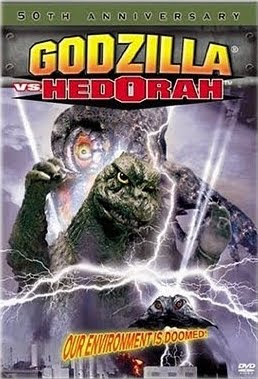 A gigantic, tadpole-like creature appears in polluted Japanese coastal waters, and Dr. Yano, a biologist, ventures underwater to investigate the horror. His encounter with the monster proves nearly fatal, for the creature burns him with an emission of concentrated sulfuric acid. Soon, Hedorah, as the thing is called, metamorphoses into a gigantic amphibian that consumes the very pollution emitted by Japanese factories. Godzilla arrives and engages the monster in battle, but is unable to destroy this creature composed of living sludge. Undergoing even further transformation, Hedorah takes to the air, spraying deadly sulfuric acid in its wake. Godzilla and the military quickly find themselves in a violent, all-out battle to prevent the total destruction of Japan.

Frequently ranking as one of the most bizarre motion pictures ever made, Godzilla vs. Hedorah (a.k.a. Godzilla vs. the Smog Monster) is an anomaly in the series, its story unapologetically “socially relevant,” its style nothing less than experimental. Moments of exceptionally brutal violence are interspersed with bizarre humor, cartoon animation, and psychedelic hallucination sequences. Plus there’s Godzilla.

The anti-pollution message in Godzilla vs. Hedorah comes across like a flashing neon sign, but the smog monster itself is one of Toho’s most fascinating creations. Despite its undeniable air of silliness, the movie features a grimmer, darker tone than in any since the original 1954 Godzilla. Like the rest of the Sony Godzilla 50th Anniversary releases, the DVD offers a beautiful, widescreen print of the original Japanese version with the option of English subtitles or English dubbing—the original Toho-licensed Hong Kong dub, which is definitely not a treat.

Posted by Stephen Mark Rainey at 8:01 AM